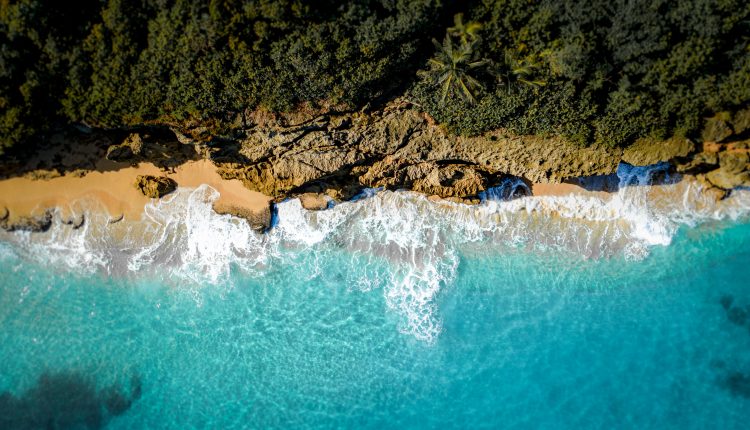 Web3 Was Supposed to Save the Internet. It Has a…

Terra backers vote to revive luna — but not UST —…

In March 2021, crypto entrepreneur and investor David Johnston moved his parents, wife, three daughters, and company with him to Puerto Rico. The 36-year-old, who has been involved in the crypto ecosystem since 2012, says the decision to relocate from Austin was kind of a no-brainer.

Beyond the fact that Puerto Rico offers a year-round tropical backdrop with picturesque beaches, the U.S. territory also has crypto-friendly policies, including huge tax breaks to those who spend at least 183 days on the island each year. Residents can keep ahold of their American passports while at the same time not having to pay any taxes on capital gains. It certainly helped seal the deal for Johnston, though for him, the bigger incentive was an overwhelming fear of missing out.

“That’s where all my friends are. I don’t have one friend left in New York, and maybe the pandemic accelerated this, but every single one of them has moved to Puerto Rico,” he said, noting that many of his California friends have also made the move.

Johnston tells CNBC that after seeing his friends and colleagues decamp, he went to check it out himself in early 2021.

“I said, ‘Wow, okay, I get it,'” Johnston recalled of his first impression of the small island territory, whose circumference can be driven in half a day. “The island has three million people…This is big enough to build a tech center.”

Johnston says that Puerto Rico reminds him a lot of Austin in 2012. Back before Tesla, Samsung, and Apple helped turn the Texas capital into one of the country’s hottest tech hubs, he says the city felt small. But similar to Puerto Rico today, Austin had a great energy and lots of passionate people moving there, which accelerated over time. So for Johnston, making the move to Puerto Rico feels a whole lot like getting in on the ground floor.

The perks of island living

Puerto Rico has fast become the new hot destination for the crypto contingent.

Facebook whistleblower Frances Haugen, who told the New York Times she bought crypto “at the right time,” made the move from San Francisco to Puerto Rico last year, in part to hang with her “crypto friends” on the island. Controversial YouTube star and NFT investor Logan Paul set up shop there, as did crypto billionaire Brock Pierce, a child actor (of “Mighty Ducks” fame) turned 2020 indie presidential candidate.

Meanwhile, Johnston says his whole office building is filling up with start-ups and crypto companies.

“Pantera Capital (a crypto fund) is on the fifth floor and then there’s a co-working space on the sixth floor. My company, DLTx, we took over the eighth floor, and NFT.com took over the twelfth floor. That’s all happened in the last 12 months,” Johnston tells CNBC.

Redwood City Ventures, a fund that invests in bitcoin and blockchain companies, has also opened an office in the American territory.

For many, the big draw to the island has to do with Act 60, which offers significant tax savings to qualifying residents.

In the U.S., investors pay as much as 37% on short-term capital gains and up to 20% on long-term gains, which applies to crypto and other assets held for more than a year. One of the tax breaks under Act 60, known as the Individual Investors Act, drops that tax obligation down to zero if certain qualifications are met. This is especially huge for entrepreneurs and crypto traders.

There is also a major tax incentive for business owners to set down roots in Puerto Rico. Mainland companies are subject to a 21% federal corporate tax, plus a state tax, which varies. If a firm exports its services out of Puerto Rico, to the U.S. or really, anywhere else, they pay a 4% corporate tax rate.

CPA Shehan Chandrasekera does caution that any gains realized before arriving to Puerto Rico are still subject to the standard capital gains tax rates on the U.S. mainland. It is just the gains that are earned after becoming a Puerto Rican resident that are excluded from taxes.

“That’s the part that people are not talking about,” said Chandrasekera, who heads tax strategy at crypto tax software company CoinTracker.io.

But there is a workaround.

If an investor has a certain amount of gain, they can go to Puerto Rico, establish residency, sell their stake, and then buy it back as a new position. That way, they avoid muddying the waters with any gains they carry over from the U.S.

Build it and they’ll come

Puerto Rico’s almost too-good-to-be-true tax rules were dreamed up a decade ago to help bring in people and cash at a time when the island was hemorrhaging residents and money.

Over the last several years, the territory has suffered a string of bad luck — earthquakes, hurricanes, a multi-year bankruptcy and a global pandemic. Much to the government’s relief, investors are now coming in at a record pace.

Corporate and tax attorney Giovanni Mendez has been helping to onboard new Puerto Ricans. He tells CNBC that nearly half of his clients right now are either crypto companies or crypto investors, a number that’s increased exponentially in the last six years.

Mendez, who was raised in a town two hours west of the Puerto Rican capital of San Juan, says that in March 2020, right as the Covid pandemic began to shut down countries around the world, he began speaking with clients about whether to move to Florida (a tax-free state) or Puerto Rico. In the end, many opted for Puerto Rico.

“I really wasn’t expecting a lot of people to move with everything going on with the pandemic, but to the contrary, a lot of people actually just decided to pull the trigger,” said Mendez. “That’s certainly coupled with an increase in the value of crypto assets.”

Crypto investor George Burke had been thinking about making the move since 2018, but he finally went for it last year.

Though Burke wouldn’t share an exact dollar figure with CNBC, he did say that his crypto holdings rise to the mid-seven figure range. “I was in the crowd sale of ethereum…There were only like 6,000 people who were able to do that,” said Burke, who tells CNBC that he also worked on the first bitcoin debit card back in 2013.

As for the move itself, Burke says the process was relatively straightforward.

“I got on a plane, I established my residency the same day that I got off the plane just by renting a room at my friend’s house, and I started the clock,” he said.

Burke added that he didn’t have to apply before arriving. He put in an app for the individual investor’s exemption himself, and he paid an attorney $15,000 to help with his business exemption.

It was a similar experience for Johnston, who says it took between six and nine months to go through all the perfunctory reviews, though it “didn’t take a huge amount of effort.”

“I mean, it’s America,” said Johnston. “You don’t need a visa. You don’t have to apply for residency. You don’t need a passport. You can just grab a domestic flight and show up in San Juan, grab a driver’s license, buy a house, and open an office downtown.”

“It was pretty smooth,” he added.

Before making the move to Puerto Rico, Theodore Agranat tells CNBC that he knew little about Puerto Rico, aside from the fact that it was an American territory. He also recalled seeing images of former President Donald Trump throwing paper towels into a crowd when Hurricane Maria was happening.

But after speaking with friends who had made the move and making a scouting trip himself last spring, the 45-year-old felt like Puerto Rico could be the kind of place he had been searching for since his first son was born in 2003: A community of entrepreneur families with kids, comprised of open-minded people who embraced home-schooling and alternative diets — Agranat himself is into raw foods — while at the same time functioning much like a start-up incubator, bringing together business-savvy and creative minds. He found just that in the southeast Puerto Rican city of Humacao.

Agranat, who runs an early-stage blockchain investment fund that put money into over 225 projects last year, says the financial incentives were also a huge draw.

Agranat and his wife home-school their three children, and for their 14-year-old, they’ve customized the curriculum to include crypto-related topics, including NFTs, crypto games, and token swapping.

Johnston, who lives in the San Juan suburb of Guaynabo, has adopted a similar approach. He and his wife home-school all three of their children, and crypto has been a part of the lesson plan since day one.

“My kids have had crypto wallets since they were born,” Johnston told CNBC. “When they did chores for grandma, grandma tried to pay them in cash once, and they said, ‘No thanks, grandma. I prefer bitcoin.'”

Outside of the suburbs, many gather for Crypto Mondays, a weekly meet-up held at nice hotels and restaurants in the capital, as well as Crypto Curious, which draws people new to the space and covers topics like NFTs, DeFi, and how to open your own crypto wallet. Hundreds of locals have begun to…

Sin City Metaverse (SIN): How Risky is It Sunday?