How I Define Bitcoin Generational Wealth 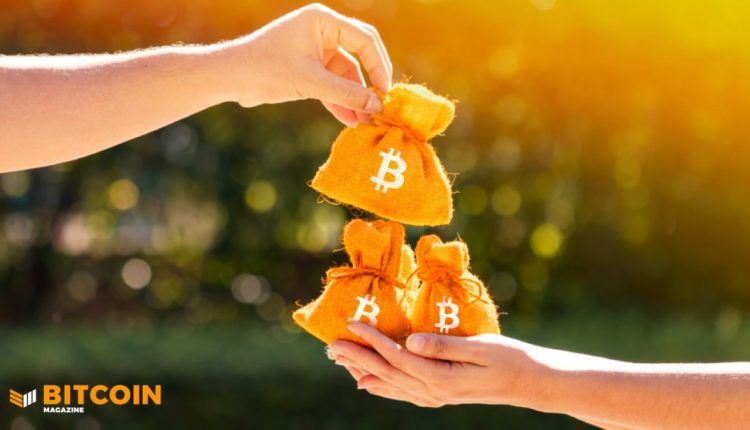 I have mentioned some successful families, but there are also examples of families that gained great wealth only to lose it like the Vanderbilts, who if he became orange-pilled today, would have likely invested much of his wealth into bitcoin. This is because he would truly understand that Bitcoin is digital energy. Bitcoin can be generational wealth for your family through its digital energy properties, like oil was liquid energy to the Rockefellers. Bitcoin is the first form of generational wealth that is similar to owning an energy well that will produce perpetual amounts of energy.

The biggest difference between storing your generational wealth in businesses, commodities, land or other assets that can be taken, seized or stolen versus bitcoin, is that bitcoin is unconfiscatable, as long as it is secured in a cold wallet. Only the people with the seed phrase can open the wallet and gain access to your wealth. The slow accumulation of wealth that comes from stacking satoshis over time can build a foundation that can support any family. Just a few thousand satoshis could allow a family to generate perpetual wealth for centuries.

Since time is money, think of satoshis as seeds of time. Every satoshi you plant will grow into a satoshi time tree that will produce fruit and shade for your family for centuries. As long as your family diligently tends to their satoshi time tree orchard, it will produce and store value for future generations. Like any form of generational wealth, if it is spent faster than it appreciates, it will quickly be depleted. This would be similar to your family cutting down the satoshi time tree orchard instead of allowing them to continue to grow and produce fruit. If you don’t properly protect your trees from thieves (hold your own keys for cold storage), water them for nourishment (add more sats to your stack), and prune them to keep (only spend what you absolutely need for the sustainment of your family’s wealth).

For example, if you have $1 million of bitcoin and you need $50,000 (5% of $1 million) per year to live on, as long as the leftover bitcoin principal, $950,000 is appreciating faster than the 5% per year you are living on, you will be able to maintain your wealth forever. Since bitcoin will go up “forever Laura,” your family will always have generational wealth as long as you don’t spend more than you make. Normies think it is a joke that bitcoin will go up forever but it is a true statement because there is a finite amount of bitcoin and a theoretical infinite amount of demand.

Most Bitcoiners have not started generational wealth planning because they do not fully grasp how valuable their satoshis will be in the future. This would be no different than boomers buying a Ford Mustang in 1966 for a few thousand dollars and not taking care of it until today when it is now worth upwards of $15k. Had they treated this highly sought after muscle car with great care and TLC until today, the car would be closer in value to $35k. The object they once took for granted in the 1960s is now worth magnitudes more and most of them sold it a long time ago and are kicking themselves. Bitcoin is generational wealth, so protect every satoshi as if it were a precious piece of your time! Every satoshi counts and even the most bullish Bitcoiner does not fathom what their satoshis will someday be worth.

This article is the follow-up to my first article on generational wealth where you can see how just $68 or $680 worth of Bitcoin will become worth millions, in some cases billions.

This is a guest post by Jeremy Garcia. Opinions expressed are entirely their own and do not necessarily reflect those of BTC Inc. or Bitcoin Magazine.

3 Crypto Investments to Watch on the TSX