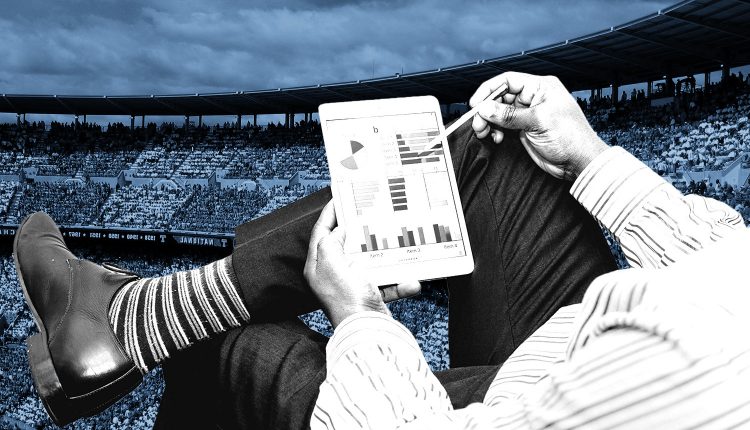 It turns out, our readers love predictions.

If you go all the way back to 2021, you’ll remember that our final Sunday newsletter involved several sports industry investors providing their thoughts on the past year and their outlook on the not-so-distant future. We’ve decided to go one more round.

Professionals in the sports investing field find themselves at an interesting nexus of a variety of trends. Investing require an intimate understanding of technology, culture, media, healthcare, and even infrastructure.

In our previous edition, some of the most-cited themes and categories to pay attention to included women’s sports, NFTs, and the continued prevalence of private equity in sports. Just two weeks into the new year and we’ve already seen some of these themes come into play in a big way.

What trend in the sports industry that was widely adopted in 2021 will you carry through 2022 and beyond?

I’ll offer two. The first is the continued mainstream acceptance of sports betting. For the first time in history, sports betting commercials were allowed during NFL broadcasts. Roger Goodell changed his tune after years of dismissing the industry. Even Disney-owned ESPN is looking to get involved. I think every major sports media company is now embracing betting in one way shape or form. That’s likely to only accelerate as new states like New York come online in 2022 and beyond.

The second is the intersection of crypto/NFTs and the sports world. The success of Dapper Labs and what they built in NBA Top Shot has laid the foundation for new and creative monetization strategies for teams and leagues alike. DraftKings also launched its own NFT marketplace. Several European football clubs launched their own fan tokens. In my view, this is all about reaching the digitally-native crypto audience, and playing into the speculative nature of sports fans.

The sports ecosystem seems to be a fantastic proving ground for the Web3 value chain, even though we are in early innings.

At KB, we’ve started to get more involved in the space with investments this year in two companies, StatusPRO and Stadium Live, which are building new digital sports experiences for fans and sports communities — and we plan to do more in 2022.

What trend are you most bullish on going into 2022?

We are most bullish on the technology and applications that drive fan engagement and community, whether that’s NFTs, crypto, gamification, metaverse, sports betting, or AR/VR. These technologies are aligning to create a completely new universe — or metaverse — unlocking monetization opportunities yet to be fully discovered.

We have seen record venture funding flowing into the market, supporting both emerging and rapidly scaling disruptive new ventures. According to the recent SportsTechX VC report, a record-breaking $8.3 billion was invested in sports tech through September [2021] and $12.7 billion was projected by year’s end. This is more than the previous two years combined. Eleven unicorns have also emerged in 2021 from across the globe, driving an increasing appetite for venture funding to support a sector clearly becoming mainstream.

The market is moving quickly in sports tech and entertainment. Although some trends may be overhyped, there is tremendous innovation underway. The question around durability for many of the new ventures launched at this time is fair and will require the normal discipline and diligence of strong investors to sort out when placing their bets.

The renovation or development of sports venues and their surrounding areas. The life cycle of stadiums, arenas, and ballparks have shrunk over time. Owners understand that to fully realize their team’s value, the venue needs to better align with the market.

Additionally, layering in a mixed-use development surrounding the venue provides extra value for owners. While a few venue developments and/or renovations were announced in 2021, I expect to hear more in 2022.

Alongside the growing interest in the sports/Web3 intersection, we also remain big believers in the democratization of human performance tools, platforms, guidance, etc. and the opportunity for consumers to achieve holistic health/wellness goals more seamlessly and at lower costs.

The importance of mental health was brought to national attention by Naomi Osaka and Simone Biles this past year; brands with a ‘recovery’ focus have raised substantial capital over the pasted 12-18 months (Hyperice, Whoop, Oura, Therabody, etc.); and the everyday consumer continues to look for ways to reset, decompress, and be more physically, mentally, and emotionally fit.

We’re investors in Alkeme Health and Kensho Health, both of which have a focus in these areas, and we’re incredibly excited about the future of this space in the coming year(s).

M&A activity in the iGaming sector. We have already seen a large number of deals since the repeal of PASPA (Professional and Amateur Sports Protection Act) and I think that will accelerate into next year. In the U.S. market, I expect the top sportsbooks to account for the large majority of handle and wouldn’t be surprised to see them pursue strategic acquisitions of smaller competitors in 2022.

Scale is a critical component in this game, and acquiring market share and/or databases can be beneficial to both parties. I also think sports media-related assets continue to get scooped up. As we saw with the Penn/Barstool deal, acquiring a top-of-funnel can be a differentiated way to drive traffic to a sportsbook or online casino offering.

On top of all of that, the largest players all have cash on their balance sheets and in many cases, have the stock currency to be able to structure deals in an accretive fashion.

What trend are you most bearish on for 2022?

For us, as a primary consumer investor, it’s not so much a trend that we are bearish on but rather a business model. Brands that are exclusively direct-to-consumer don’t necessarily excite us at the moment. When companies rely on a single channel for distribution, the cost to acquire customers tends to go up.

During the pandemic, we saw that the more goods and services were competing for the same number of “eyeballs” and those eyeballs subsequently became more valuable. The way unit economics shakes out businesses — regardless of industry — that opt for a pure play DTC model will be difficult to sustain.

VR. Until the form factor becomes less intrusive and easier to use for the average person, I think it’s a tough sell for the typical sports fan, outside of early tech adopters. AR, however, will continue to become more pervasive.

Unless you are extremely well capitalized (i.e. Fanatics) or a household brand (i.e. ESPN) I think it’s going to be very difficult to compete in a top-heavy market that is currently dominated by large public companies with massive marketing budgets. Every major sportsbook operator is currently running at a loss in the U.S. market due to outsized ad spend targeted at new users.

Even if you have a highly differentiated product, that’s an uphill battle. I think there will be a time in the future where product matters more (i.e. better pricing, specialized offerings, etc.) but I think we are at the point in the “S-curve” that’s all about initial adoption.

What is a specific company, trend, or market dynamic that you believe is not receiving enough attention?

While the rationale and…

How I Define Bitcoin Generational Wealth