Planetwatch pays people to monitor their air quality — in crypto 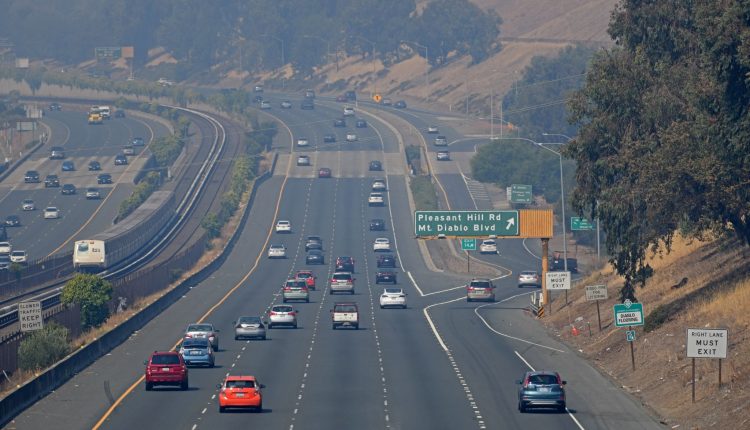 Every summer as wildfire season approaches, everyone in the Bay Area becomes very aware of the air we breathe. We obsessively refresh websites like PurpleAir to tell whether it’s safe to open windows and compete to buy air filtering systems before they sell out.

Is Russia Going To Legalize Crypto As A Form Of…

Running an air filter may give peace of mind, but it’s hard to tell whether they’re just scratching a hypochondriac itch. One company, called Planetwatch, aims to help people find out — and earn cryptocurrency in the process.

Of all the technologies available to fight pollution, cryptocurrency is hardly the first that comes to mind. Some of the most popular coins use incredible amounts of energy; Bitcoin mining alone is responsible for nearly 23 metric tons of carbon dioxide emissions a year.

But one company is trying to prove that the fundamental technology can be leveraged to improve air quality — and let users make digital money in the process.

Planetwatch was founded in 2020 as a for-profit spinoff of the European Organization for Nuclear Research, also known as CERN, better known for running the world’s largest particle accelerator. The company, based in France, recently received $10 million in venture capital with which they’re trying to establish a network of citizen data collectors around the globe who monitor the air quality in their homes and neighborhoods. The monitors themselves aren’t cheap, costing about $400 for the mini or $2,399 for a the most advanced version, plus annual licensing fees that range from $40 to $285.

Once they’ve purchased a setup, users receive a cryptocurrency called $PLANETS in exchange for running the sensors in their homes. The coin, which currently trades for roughly 34 cents each with a $51 million dollar market cap, can be used to purchase more sensors, or resold on crypto marketplaces as a stream of passive income. For Type 4 sensors (the cheapest), the maximum reward to the user is 23 tokens per day (amounting to roughly $8 per day at current rate), but for more expensive Type 1 sensors, that rises to 166 ($45 per day). However, a cap on daily total token distribution, as well as a formula of declining rewards based on density of nearby sensors, means that the more users join, the smaller the rewards.

The $PLANETS coin operates on the Algorand blockchain, an MIT-developed technology that buys carbon offsets, which the founders claim makes the operation carbon-negative (although it remains unclear whether carbon offset programs actually reduce greenhouse gas emissions).

“Air quality is important because we have 7 million premature deaths worldwide,” says Planetwatch CEO Claudio Parrinello, citing the World Health Organization. Indeed, in the U.S. alone, 40% of the population live in places with unhealthy levels of particulates.

“If you want to deploy a very large numbers of sensors in a very fast and cost-effective way, your best partner is local residents and citizens,” Parrinello says. “People can put sensors in their gardens and balconies and get data in a matter of hours.”

Planetwatch has sold 40,000 sensors around the world, including about 500 in the Bay Area. (The vast majority of them are currently being run indoors.) However, they aren’t the only company selling crowdsourced air quality monitoring. PurpleAir, one of the biggest names in the space, had about 3,000 sensors deployed in the Bay Area in the fall of 2021. Its sensors are more cost-effective (in the $200 to $300 price range), although they don’t measure ozone or nitrogen dioxide levels, as Planetwatch sensors do.

Ronald Cohen, professor of earth and planetary science at UC Berkeley, is part The BEACO2N program, which studies the correlation between greenhouse gas emissions and unhealthy air. Their sensors are spread out a mile apart throughout the East Bay. A denser set of sensors would be a boon to their research.

“It would be super interesting if we had that kind of coverage,” he says. People who run Planetwatch sensors in areas with higher population density will earn more coins, to incentivize collection of more useful data, says Parrinello.

Kevin Koswara, an electrical engineer in Pleasanton, has purchased 19 Planetwatch sensors. The company only allows license holders to run one sensor per home, so he’s made deals with friends who have set up sensors in their own houses, in exchange for a portion of the cryptocurrency earned. During the most recent wildfires in 2021, he watched the air quality drop on the sensor placed in his garage, but didn’t notice much difference when the sensor was placed inside his home.

Koswara had previously participated in another decentralized network called Helium, which hopes to improve public internet access by paying people to run unlocked hotspots. Helium currently has more than 100,000 Wi-Fi devices worldwide and is seen by many as proof of concept for this type of data-mining (Planetwatch plans to incorporate Helium functionality, and rewards, into the next generation of sensors, Parrinello says).

Koswara has also operated his own outdoor PurpleAir sensor, but the idea of financial rewards made Planetwatch more appealing.

“I like that we are actually able to get paid by sharing the data. Almost every day when we are browsing something like Google, Google is tracking our data, and we don’t get paid off of it,” Koswara says. “It feels good that we are able to take control of what our data is used for.” In addition to the tokens given for running the devices, Planetwatch will also share 40% of the revenue from the sale of this data with the people operating sensors, its website says.

The most common type of indoor sensors originally cost $150, but as interest in the program has grown, so has the price of sensors, which some users see as a slap in the face. Outdoor sensors, which earn more $PLANETS, cost as much as $2,000. Koswara spent about $3,500 total on his operation; he and his friends now earn about $200 a day from his network, he says.

Steve Adair is another budding Bay Area Planetwatcher. A self-proclaimed nomad who is living in Monterey, he “fell down the crypto rabbit hole” in September. Like many people who are skeptical of cryptocurrency, he originally avoided the concept because of energy inefficiency.

“The reason I sort of hesitated getting into crypto for so long was just the environmental aspect,” he says but the carbon offsets purchased by Algorand made him feel more comfortable. He recently bought both indoor and outdoor sensors. They’ve yet to arrive, but he expects to buy more soon.

Adair says the indoor sensor will pay for itself in 45 days, after which the coins he earns will be profit. He’s even considered partnering with a property management company to deploy more. “You buy one, then you just kind of let it pay for the next one, and the next one.”

As in most cryptocurrency projects, the biggest economic rewards go to early adopters; the number of coins users receive will taper off as more people buy sensors. That model may sound suspiciously pyramid-shaped, but according to Parrinello, it’s actually the most scientific approach to a reward structure.

“If we wanted to make a quick buck, we would let people deploy sensors wherever they want, cluster 20 of them in a basement, generating data with zero scientific value. We would sell 100 times more sensors and licenses, but data would be garbage,” he says. “Ultimately, the value of the project is linked to the value of our data sets.”

For users who want to make money off the $PLANETS tokens — as opposed to using them as coupons to buy more sensors — they’ll have to sell them on a third-party crypto marketplace. So who exactly is buying the coins?

Aside from enthusiasts looking for a discount on their own sensors and speculators hoping the price skyrockets (as in November when it rose to $0.48), one of the largest driving forces behind the marketplace will be the city of Miami.

The city’s mayor recently announced that it will be the first in the U.S. to serve as a test site for a broader deployment of Planetwatch air sensors. While the details of the plan are still being hashed out, Planetwatch anticipates they will need both the government and citizens to buy sensors to create a cohesive data set.

“If you stick to traditional monitoring networks where you have a sensor maybe every 5 square miles, you can say, ‘Today’s air in Miami is not very good, let’s put in place some traffic restrictions,’ which are mostly ineffective,” says Parrinello. “If the hotspot is every Wednesday between 4:00 and 6:00 p.m. on Sixth Avenue, let’s investigate why. If you can see local, if you can see high resolution, you can solve problems.”

There are already many air sensors operating around the country, as municipalities are already…

Is Russia Going To Legalize Crypto As A Form Of Payment? Court Sets Precedent In New

INTERVIEW: What I will do as president on state police, crypto, repentant terrorists…