Walmart Pivoting to Metaverse with Promises of NFTs, Cryptocurrency 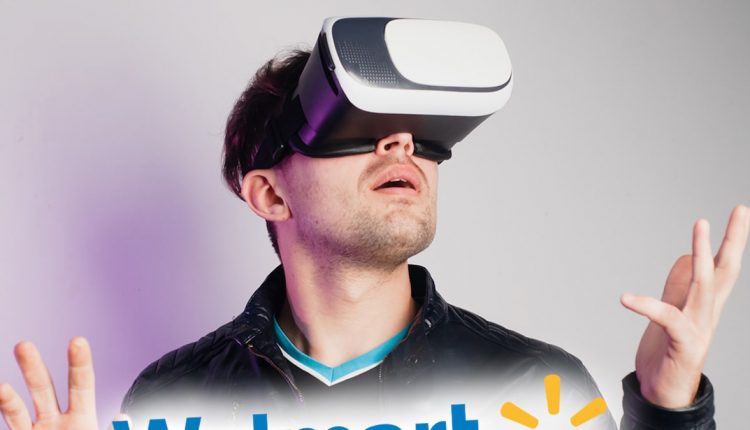 If you thought all this talk of digital goods and wealth was just some sort of nerdy fad, think again — because the retail market space is going all in on VR … including Walmart.

The big-box behemoth has reportedly filed a number of trademark apps in recent months seeking to gain exclusive rights to sell virtual goods on their digital shelves — and we’re not just talking about their website either. Sounds like Walmart is ramping up for a full-blown online experience, where their customers can actually own stuff … within this dimension itself.

NEW: Walmart appears to be getting ready to enter the #metaverse and launch its own NFTs 👀 $wmt https://t.co/0rkpuhJTcv

Per CNBC, 7 separate applications were filed of late … and in addition to being able to hawk Walmart-related products in this forthcoming virtual reality, they’re also apparently gunning to offer their own lines of NFTs (non-fungible tokens) and even a unique cryptocurrency.

No word on what those tokens might look like ($5 DVD bin NFT, perhaps?) or when all this is supposed to be rolled out … but it seems they’re getting their 4D ducks in a row for what most everyone in Corporate America is scrambling for … a seat at the metaphysical table.

This is how Walmart envisions Shopping in the #Metaverse.

Several different companies have been doing the exact same thing recently — including other big shots like Nike (which is said to be developing a VR venture called “Nikeland”), Gap, Under Armor and even smaller outfits like Urban Outfitters, Abercrombie and Ralph Lauren.

Essentially, everyone took Zuckerberg’s announcement about the metaverse last year and ran with it … looking to protect their brand within this new frontier … and to make money there too, obviously, if they can. So far, it seems to be a very popular/lucrative endeavor.

Funny enough, Walmart actually had a vision for what an augmented shopping reality might look like in their cyberworld about 5 years ago, when they commissioned a tech company called Mutual Mobile to create a demo of Walmart in the metaverse … before that term was even a thing.

The video resurfaced a few weeks ago … and let’s just say, it got a lot of ‘Second Life’ comparisons. Here’s hoping the real McCoy is a little more impressive when it arrives!

Meme stocks are fading as retail traders rotate into cryptocurrencies and the metaverse,