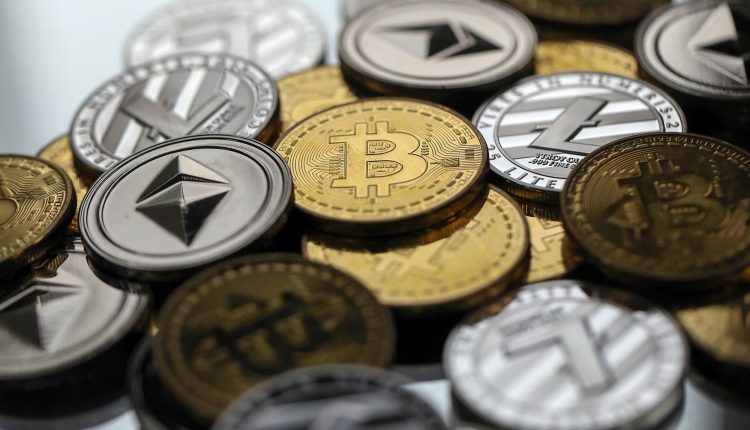 After a rough start to the year, the price of bitcoin is about flat in the last seven days. The largest cryptocurrency by market value is currently trading at $41,671, according to Coin Metrics.

Other top coins had a better week. Cardano, Terra and Dogecoin, for example, jumped over the last seven days, Coin Gecko data shows.

Along with price movement, here are six important things that happened in the crypto space last week.

“Are you guys into crypto???” she wrote. “This is not financial advice but sharing what my friends told me about the Ethereum Max token!” Kardashian included the hashtag “#ad,” which indicates that the post was paid for as promotional content.

A class action lawsuit in the U.S. District Court for the Central District of California was then filed on January 7, accusing Kardashian and other celebrities, like Floyd Mayweather, of “making false or misleading statements” about EthereumMax to allegedly increase its price.

Ryan Huegerich, a New York resident, filed on behalf of himself and other investors who bought EthereumMax between May 14, 2021 and June 17, 2021. The lawsuit claims Huegerich and others lost money on their investments.

Representatives for Kardashian and Mayweather were not immediately available for comment when contacted by CNBC. A spokesperson for EthereumMax told CNBC that the lawsuit was “riddled with misinformation” and disputed accusations that it was a scam.

“The Bitcoin Legal Defense Fund is a non-profit entity that aims to minimize legal headaches that discourage software developers from actively developing Bitcoin and related projects,” Dorsey wrote in an email.

The fund will defend bitcoin developers from lawsuits, “including finding and retaining defense counsel, developing litigation strategy and paying legal bills,” with volunteer and part-time lawyers, he wrote.

On Thursday, Dorsey confirmed that Block, formerly known as Square, will be “officially building an open bitcoin mining system,” he tweeted on Thursday. The company first announced that it was considering the project in October.

Bitcoin operates on a proof of work (PoW) model, where miners must compete to solve complex puzzles in order to validate transactions. The process isn’t easy: It requires a lot of energy and computer power, which isn’t cheap. The computers themselves, along with other equipment, can also be very expensive.

With these types of difficulties in mind, the project’s goal is to make mining bitcoin, the largest cryptocurrency by market value, “more distributed and efficient,” tweeted Thomas Templeton, the company’s general manager for hardware.

Templeton mentioned that there are a number of “customer pain points” and “technical challenges” in the mining community that Block hopes to address, including mining rig availability, high price, reliability and power consumption.

Dorsey has continued to focus more on bitcoin since his departure from Twitter in November.

On Monday, he announced that Block’s Cash App integrated with the Lightning Network, which enables faster, cheaper bitcoin transactions. This now allows Cash App users in the U.S., except those in New York, to send bitcoin for free to anyone globally.