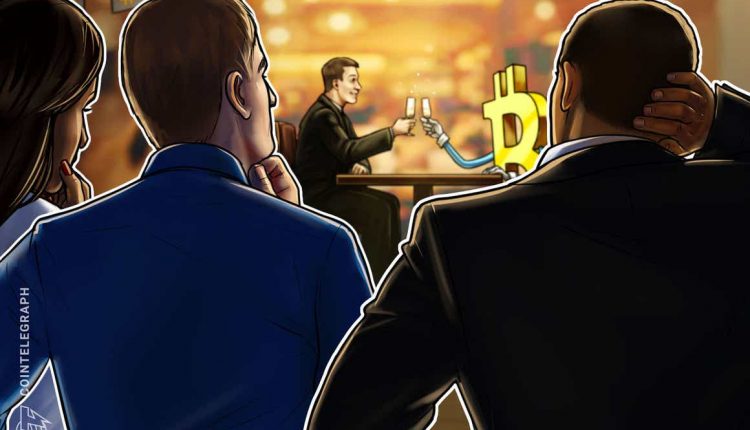 More than a year after a Canada-based Middle Eastern restaurant chain converted its fiat cash reserves into Bitcoin, the owner reported the move helped save the business during the pandemic.

According to a Tuesday report from Canadian news outlet Toronto Star, when Tahini’s restaurant owners Aly and Omar Hamam and their cousin Ahmed decided to convert the company’s savings into Bitcoin (BTC) in August 2020 because it offered “a much better alternative to saving cash,” the price of the crypto asset was roughly $12,000. Aly Hamam reported the business had benefited from the initial crypto investment.

“We made the move to the corporate balance sheet on a Bitcoin-standard back in August of 2020, and since then, we’re up more than 300 percent on our initial investment,” said Hamam. “It’s really done its job of protecting us against inflation and it worked as we intended it to.”

The BTC price rose to an all-time high of more than $67,000 in November before dropping to $41,729 at the time of publication. Despite the company’s sales dropping 80% in a week at the start of the pandemic, Hamam said the crypto investment had allowed them to expand from three restaurant locations to nine at a time when many in the industry are facing financial difficulties, and it planned to increase that number to up to 25 by the end of the year.

“We keep a working capital for about three to six months in cash, and then the rest all goes into Bitcoin,” said Hamam. “So, whenever we have an expansion, we’re not forced to sell our Bitcoin to fund that expansion. We try to operate conservatively, where we never have to sell our Bitcoin and we just keep accumulating on our treasury.”

#Bitcoin is hope for both big and small businesses alike

None of Tahini’s locations in Ontario currently accept BTC or other cryptocurrencies for payments, but they are each home to a Bitcoin ATM, allowing patrons to purchase tokens before, during, or after meals. At the time of the initial investment — the amount of which is still unclear — Hamam hinted the business would continue to use Bitcoin as a reserve asset indefinitely if there wasn’t “a need for fiat.”

“We’re going to continue to strive to make the best food that we can… and with Bitcoin, we’re also wanting to help people financially.”

While restaurants like Tahini’s don’t seem to be the target of regulators in the Canadian province, it isn’t always the same story with local crypto firms. The Ontario Securities Commission has cracking down on crypto exchanges operating in the region, including Binance, OKEx, Bybit, KuCoin and Polo Digital Assets. On Jan. 14, Bitfinex announced it would be closing the accounts for Ontario-based customers who have no balances on the platform, while many users “will no longer have access to any services” starting on March 1.

TD Ameritrade review: Lots of investment options, plus a stand-out platform for serious