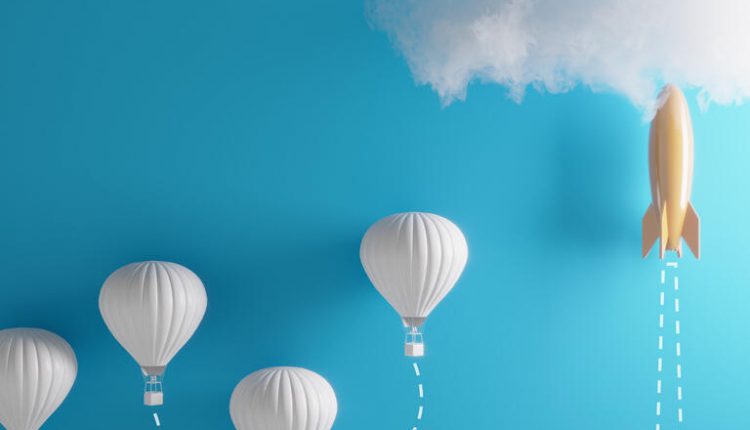 Cardano (ADA-USD) has been outperforming the crypto market significantly in the last week. This can be attributed to some recent developments, which are increasing ADA’s utility and proving to the crypto world that ADA is a force to be reckoned with.

2022 will be a busy year for Cardano, and I believe it could be the year that makes investors consider ADA as a real threat to Ethereum (ETH-USD).

Right now, the risk/reward ratio is attractive, given that ADA is catching up to Ethereum and is trading well below its ATH.

In the last week, we have seen major cryptocurrencies like Bitcoin (BTC-USD) and Ether take a big hit. Bitcoin is down over 7% since reaching $44,000 last Thursday, and Ethereum is in a similar position. However, the same can’t be said about Cardano.

As we can see in the price chart above, ADA had a spectacular run-up from $1.15 to over $1.6 into the 18th. But the cryptocurrency has retreated in the last few hours together with stocks and the broader crypto market.

In any case, the fact that ADA’s path has differed so much from Bitcoin and Ethereum does raise some interesting questions. What is up with ADA? Or rather, why is ADA up? Cryptocurrencies are susceptible to price spikes and volatility, but these aren’t always random. Sometimes, there is indeed something “real” driving prices.

Why Is ADA Up?

The run-up in Cardano could be attributed to the fact that it will soon be launching its Decentralized Exchange (“DEX”) “SundaeSwap”. The exchange will be launching officially in beta mode on Thursday the 20th of January. On the 20th, the ISO (Initial Stake Offering) will also open up on that date.

SundaeSwap will work like other decentralized exchanges, using a native token called Sundae. This token can be obtained in three ways:

Initially, transactions are expected to be slow, and there are also some other “concessions” that Cardano developers have made to launch the exchange on schedule.

For starters, one exciting advertised feature was the Taste Test. Instead of selling the Sundae token at an established price, the idea was to let the market decide, by allowing users to contribute to an ADA/Sundae pool, which would eventually set a price relation between those tokens. However, it seems like the Sundae token will instead be launched traditionally, at a pre-set price.

Another issue is that the Beta launch which is taking place, won’t be fully decentralized, as the developers conceded in a recent blog post:

the implementation of fully decentralized governance will not be immediately possible due to existing transaction size limits on the Cardano blockchain. We will post more on our roadmap to a fully community-controlled DEX shortly.

Still, SundaeSwap moves ADA one stop closer to Ethereum, and it will be a true test of the network’s smart contract capability, which was only recently implemented in the Alonzo hard-fork.

2022 Will Be A Determining Year For Cardano

In 2022, Cardano will also be aiming to go fully decentralized. This was talked about by Cardano founder Charles Hoskinson in a recent interview.

My goal for the second half of 2022 is to figure out how to put all the pieces together to get an end-to-end microfinance transaction on Cardano,

To achieve full decentralization, Cardano is rolling out a peer-to-peer testnet. Currently, Cardano’s staking protocol relies heavily on nodes from IOG (Input Output Global). The idea is to eventually be able to run the network in a completely decentralized way through P2P staking. On top of that, Cardano developers are also putting forward several CIPs (Cardano Improvement Proposals), which include a native web wallet for Decentralized Finance.

With Cardano now home to smart contracts, it will be interesting to see what new projects arise in 2022.

Could ADA Outperform Ether In 2022?

When all is said and done, Cardano is setting itself up for exponential growth in 2022. While Cardano is expanding its utility, Ethereum is still fighting with the transition to Ethereum 2.0 and PoS. This is something I already covered in my last article about ADA and ETH.

Cardano has many advantages over Ether at this point. Since it already uses PoS, it can process a lot more transactions much more cheaply. With Alonzo and the recent launch of SundaeSwap, we are seeing smart contracts begin to be utilized on Cardano.

On top of that, Cardano is strongly focusing on becoming as decentralized as possible, which I find incredibly appealing. Meanwhile, Ethereum is moving in the opposite direction, as there are many factors in Ethereum 2.0 which make the cryptocurrency more centralized.

ADA is showing promising signs in 2022, but by the time this is evident to all, it will be too late to reap the rewards. As it stands now, I believe ADA offers a compelling reward, given its strong fundamentals and growing utility. Cardano stands a good chance against Ethereum, and though I own both, my money is on ADA (More of it at least).