Elon Musk Tweets, and Dogecoin Soars. What Does That Say About Crypto as an Investment? 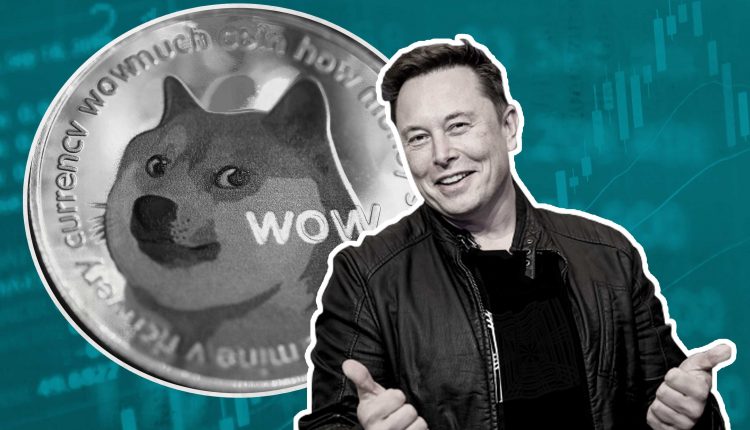 Many companies featured on Money advertise with us. Opinions are our own, but compensation and in-depth research determine where and how companies may appear. Learn more about how we make money.

Twitter is powerful tool for moving cryptocurrency prices. At least, it is if you’re Elon Musk.

Dogecoin‘s price jumped more than 10% at one point last Friday after the Tesla CEO tweeted that Tesla merchandise can now be bought with the meme coin.

This wasn’t the first time Musk’s words have moved Dogecoin’s price. His comment on Twitter in July that a Dogecoin update could give it an edge over popular cryptocurrencies Bitcoin and Ether, and Musk’s post of a meme in April, also sent the meme coin’s price surging. And of course, there was that Saturday Night Live performance when the cryptocurrency’s price plummeted after Musk called it a “hustle.”

Musk’s company has become a cult stock, and when the billionaire makes moves like consulting his Twitter followers about whether or not he should sell 10% of his Tesla shares, it gets everyone talking on social media. So it’s not surprising that he has outsized influence in the crypto community as well.

But what does the way the market reacts to Musk’s every word actually say about these crypto investments?

“The volatility of meme coins and their vulnerability to gratuitous tweets make them a dangerous place for investors,” James Angel, a finance professor at Georgetown University, told Money via email. They are not investments in projects that yield predictable cash flows, he adds. “They are speculative games of musical chairs.”

The fact that Musk can tweet one thing and send Dogecoin’s price up or down is evidence that the meme cryptocurrency is a more risky and volatile asset than cryptocurrencies like Bitcoin, says Hanna Halaburda, an associate professor at NYU Stern School of Business.

In general, currencies derive their value from from the expectation that someone else will accept the currency in a transaction or buy it at the same or a higher price. Traditional currencies, like the dollar, can have their values impacted by inflation or moves by central banks. But with cryptocurrency, there isn’t an underlying value with price moves we can predict in the same way, Halaburda says.

“They are even more than any other asset reliant purely on the beliefs of the market,” she adds.

Those beliefs can be be impacted a lot by a trivial element, like a seemingly off-the-cuff tweet from Musk blasted out in the early hours of the morning.

Musk’s comments have been known to move the price of Bitcoin as well, like when he tweeted that Tesla would no longer accept Bitcoin last May. But meme coins, like Dogecoin and Shiba Inu, are even riskier than more popular cryptocurrencies like Bitcoin and Ether, which have way more investors involved, Halaburda says.

Bitcoin has a market value of nearly $800 billion. It continues to be accepted by more companies as payment and can even now be bought at Walmart. Meanwhile Ethereum, the network that Ether runs on, has more of a purpose, some experts argue, as it’s a platform that allows for financial transactions to be verified and stored without a third party like a bank.

Dogecoin has no attributes like those, Halaburda adds. Either you trade it or you don’t.

“It’s much more difficult for a single person or even a few to affect the price of Bitcoin as much as the price of Dogecoin,” she says. “And that makes Dogecoin much more volatile.”

To celebrate our 50th anniversary, we’ve combed through decades of our print magazines to find hidden gems, fascinating stories and vintage personal finance tips that have withstood the test of time. Dive into the archives with us.

You will now receive Money’s newsletter at

Reply anytime to let us know how we can improve. Enjoy!

Make sure we land in your inbox, not your spam folder. We just sent you a welcome email. Sometimes email clients send our first email to a spam or promotions folder. If you don’t see us in your inbox, check these folders, then drag and drop the welcome email into your inbox.

A Beginner’s Guide to Dogecoin, the Cryptocurrency That Started as a Joke and Is Now Worth Billions

The Cryptocurrency ‘It’ Factor: What Makes a Coin Explode Like Shiba Inu


Read More: Elon Musk Tweets, and Dogecoin Soars. What Does That Say About Crypto as an Investment?