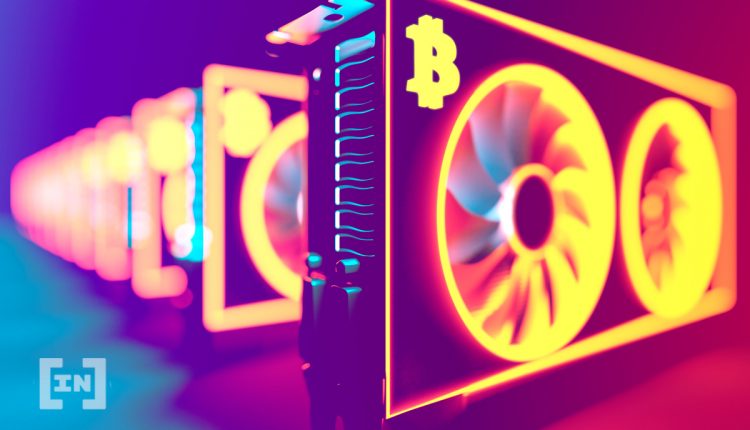 Microchip giant Intel could be about to enter the crypto and Bitcoin mining hardware market in a big way as it readies a presentation on a new revolutionary mining chip.

The multinational technology giant is set to unveil its “Bonanza Mine” processor at the International Solid-State Circuits Conference (ISSCC) commencing on Feb. 20.

Intel’s presentation has been scheduled in the “Highlighted Chip Releases” category where it will detail the new chip which has been described as an “ultra-low-voltage energy-efficient Bitcoin mining ASIC.”

ASIC refers to application-specific integrated circuits, which is particularly suited to the number-crunching involved in crypto mining.

Intel’s foray into crypto mining means that it could soon be competing with the likes of Bitmain. Speaking to tech news outlet Tom’s Hardware, an Intel spokesperson said:

“Intel has done design work around SHA-256 optimized ASICs for several years beginning with pathfinding work done in Intel Labs. We will share more details in the future.”

In a late December live stream, graphics processor head Raja Koduri stated that the company was working on specialized crypto-mining hardware and technologies. Koduri confirmed that the new chip would be completely separate from graphics processors (GPUs) which “will do graphics, gaming, and all those wonderful things.”

The company is already a long way along its development path for new mining-specific processors. In 2018, Intel patented a specialized processing system that uses an optimized SHA-256 cryptographic data path for high-performance Bitcoin mining, Tom’s reported.

Gamers are already suffering at the hands of crypto miners as a global shortage of graphics cards, which has also been partially induced by the COVID-19 pandemic, has pushed prices sky-high. A second-hand market for GPUs has emerged in many countries where the prices of three-year-old graphics cards are now more than what they were new.

Intel, which revealed a $780,000 stake in Coinbase stock last year, will release its first line of discrete gaming graphics cards, dubbed Intel Arc Alchemist, at some stage this year as it goes up against rivals Nvidia and AMD in a market that badly needs more players.

China’s loss in banning Bitcoin mining operations has been America’s gain. The exodus is over and hash rates have fully recovered to hit a new average all-time high of 207.2 EH/s (exahashes per second) on Jan 15.

According to Cambridge University’s global mining map (which hasn’t been updated since August) the United Stated dominates in hash power with 35.4% of the total. A large portion of this will be using renewable energy and China, meanwhile, has fallen off the map.