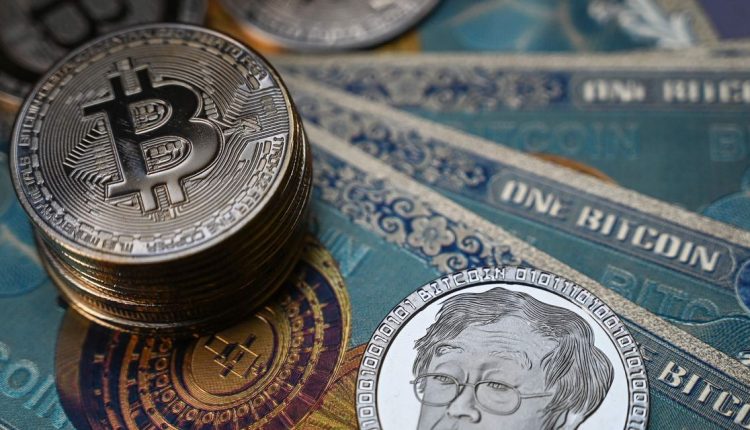 Crypto investors may be hoping their investments go to the moon but more than half of the world’s largest crypto companies are U.S. based.

Some industry participants warn, however, that too-harsh regulatory scrutiny will spur some companies to abandon the U.S. for regulatorily greener pastures.

A total of 28 of the top 50 crypto companies, based on valuations, are domiciled in the U.S., according to a recent report by research firm Crypto Head.

The most-valued crypto and crypto-adjacent companies in the world include exchange and financial platforms Coinbase
COIN,

Coinbase is a cryptocurrency exchange, the largest in the U.S., while Robinhood is a traditional brokerage that allows users to buy and sell crypto assets. Robinhood has a market valuation of about $12.4 billion and Coinbase’s is nearly $48 billion, as of Tuesday’s close, FactSet data show.

As the crypto industry has grown, it has drawn more attention from U.S. regulators. In November, President Joe Biden signed into law a $1 trillion infrastructure bill, which contains a provision that would require brokers of digital assets to record and report transactions to the Internal Revenue Service starting next year.

The Biden administration also called on Congress to quickly pass new legislation that would require stablecoins, digital assets pegged to fiat currencies such as the dollar
DXY,

or euro, to be issued by insured banks.

Coinbase Global dropped its plan in September to launch a program that would have allowed users to earn interest by depositing cryptocurrency, after the exchange said the Securities and Exchange Commission was threatening to thwart such a move.

Back in September, Anatoly Yakovenko, founder and CEO of blockchain company Solana
SOLUSD,
,
at the SkyBridge Alternatives Conference, known as SALT, said that if the cost for compliance becomes too high in the U.S., it will impede innovation. “The risks aren’t that these products are not going to get built.” Yakovenko said. “It’s that they’re going to get built elsewhere…that’s really sad for me to see. I just want all this stuff to happen here (in the U.S.)”

Crypto watchers highlighted the situation in China, where several crypto companies moved their headquarters out of the country because of Beijing’s crypto ban. SEC Chairman Gary Gensler has said the U.S. has no plans to ban cryptocurrencies outright but does see regulation as prudent to protect prospective and extant investors.

Meanwhile, Binance, the largest crypto platform in the world by trading volume, isn’t publicly traded and has said it isn’t based anywhere, preferring to establish several global hubs.

That said, officials at Binance, which was founded in Beijing in 2017, have said that it is in talks with regulators in the United Arab Emirates about a potential headquarters, according to Bloomberg.

FTX, the fourth most valued crypto company with a $25 billion valuation, according to Crypto Head’s report, moved its base to the Bahamas from Hong Kong in September 2021 for a more friendly regulatory environment.

Best Crypto Brokers 2022 – Some of the Top Choices

Your Perfect Guide to Invest in Crypto: Best Options For You