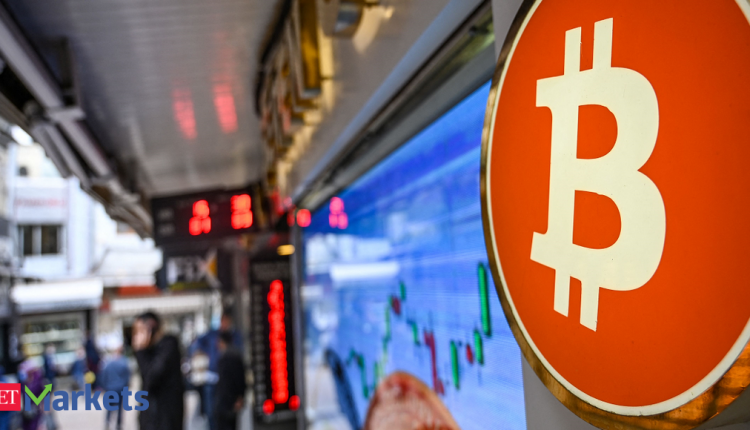 Barring Bitcoin, Terra and Solana, all other seven out of top-10 digital tokens were trading lower during the early trade. Cardano dropped 6 per cent, thanks to the profit booking in the counter. Bitcoin was holding above the $42,000 mark although Ethereum slipped below $3,200 levels.

The global crypto market cap dropped about a per cent lower to $2 trillion compared to the last day. The total crypto market volumes were flat, almost unchanged at $77.46 billion.

As Bitcoin heads into 2022, a growing cohort of long-term investors is doubling down on its stashes of the cryptocurrency, hoping a December dip was merely a blip.

What’s cooking in India
Indian cryptocurrency exchanges are weighing updates to their self-regulatory code of conduct to avoid run-ins with regulators. IAMAI and BACC did not respond to ET’s queries seeking comment. The move comes amid heightened scrutiny of the sector from regulatory bodies, including the income tax department, enforcement directorate, and others.

BTC continues to trade sideways as other altcoins from the likes of BNB, ADA, and XRP trad in the red, CoinDCX Research Team. “In the lead up to the House Energy and Commerce Committee’s hearing on the energy use in cryptocurrency and blockchain, we may expect the crypto market to face greater uphill battles,” it added.

Streamlining NFTs
OpenSea, a nonfungible token (NFT) marketplace, set a new daily volume record of $261 million on Sunday. It has averaged $169 million in trade volume per day so far this month.

It has seen its monthly trading volume in Ether (ETH) surpass $3.5 billion for the first time ever with two weeks left in January.

New competitors are fast gaining ground on OpenSea, and one major rival is LooksRare, a new NFT marketplace that began earlier this month and is already surpassing OpenSea in terms of trade volumes, according to Dune Analytics.

The absence of big competition was one of the main reasons for its success. This may change in 2022 as numerous platforms are looking to capitalize on the potential, said WazirX Trade Desk.

“The market is still buzzing with activity, which may easily draw newcomers like the recently launched ‘LooksRare’ into the fray. Based on the above numbers, NFT might not be a FAD as it might play a pivotal role in the metaverse,” it added.

Tech View from BuyUcoin
Polygon’s MATIC is one of the top 20 performing cryptocurrencies. Even throughout the recent slump, it has traded above the 200-MA.

Matic is trading in a parallel channel. After trading mostly in the upper area, Polygon (MATIC) has fallen back into the red lower section of the channel, i.e. support, which was followed by a bullish retracement toward $2.50.

With the Relative Strength Index (RSI) around 50, price appears to be crowding a bit in the middle of the trend channel. Price activity in the near term might go either way, but the rise is expected to continue as the Polygon London hard fork is due to go live.

It’s still aiming for the fair $3 target. It will be interesting to watch how far MATIC can go in light of current events.

(Views and recommendations given in this section are the analysts’ own and do not represent those of ETMarkets.com. Please consult your financial adviser before taking any position in the asset/s mentioned.)

TP ICAP to Extend Trades on Crypto Equity to US ETFs