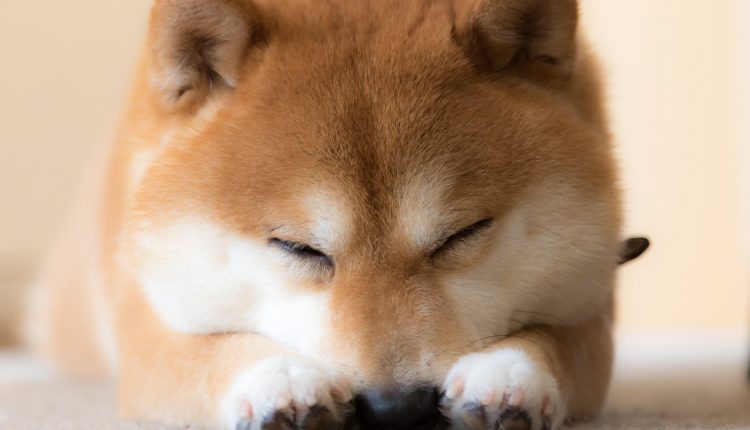 The stock market had a really strong year in 2021, with the S&P 500 index returning 27%, or double its 10-year average. But that pales compared to the gains witnessed in some cryptocurrencies, especially the controversial meme-token Shiba Inu (CRYPTO:SHIB).

The cryptocurrency markets move fast, and the above scenario only tells part of the story. Shiba Inu was actually up significantly more, printing a high of $0.000086 in October, so investors who were late to the party might be sitting on losses of 63% right now.

History suggests the meme-token likely won’t reclaim its highs. For investors holding onto it right now, here are three big reasons you should consider selling.

Many cryptocurrency advocates hold the view that their digital tokens could eventually replace traditional money. It’s not a totally ridiculous concept — the sector is innovative — but, at the very least, it will require a willingness from businesses and consumers to adopt them widely.

At this stage, there’s simply no evidence that this is happening. According to cryptocurrency directory Cryptwerk, just 600 businesses accept Shiba Inu as payment for their goods and services. Since they’re mostly small and obscure merchants, there’s no incentive for consumers to hold Shiba Inu tokens because there’s limited opportunity to spend them.

Volatility is a much larger issue. Any token that can rise by 43,800,000% and then collapse by more than 60% isn’t a reliable currency. Using Shiba Inu means a business could be profitable one day and then at a huge loss shortly thereafter through no fault of its own. Consumers would need to constantly monitor their purchasing power, which could be susceptible to wild fluctuations.

Cryptocurrencies have often been favored for their decentralized, unregulated nature, making investors feel like they own a piece of something outside of government control. But the absence of regulation is a double-edged sword. Many cryptocurrency brokers, for instance, are unable to get adequate insurance for their clients’ crypto holdings. That means in the event of a hack or any other unforeseen event your tokens could be lost forever with no recourse.

While the traditional financial system isn’t perfect, the U.S. government guarantees up to $250,000 of your savings, per bank, in the event of a crisis. Generally speaking, amounts in excess of that limit can also be protected by insurance for individuals. However, for cryptocurrencies, these protections are lacking.

Some regulation is on the way, though. Beginning in 2023, brokers that deal in cryptocurrencies will be required to report their clients’ transactions to the Internal Revenue Service (IRS) for tax purposes, removing the anonymity for mainstream investors. From that point, any investor who sells, exchanges, or even spends their tokens will be liable to pay taxes on their gains.

While this doesn’t apply solely to Shiba Inu, the token is popular among retail investors who might decide owning it is no longer worth the trouble or the cost of hiring an accountant. This is in contrast to leading tokens like Bitcoin or Ethereum, which have more of an institutional-investor backing and could remain better supported.

If the combination of points one and two above aren’t enough to make you question the potential upside of Shiba Inu from here, then maybe the math will. There are currently 589 trillion Shiba Inu tokens in circulation, so at its current price of $0.000031, the cumulative value of all those tokens is $18 billion — this is often referred to as market capitalization.

If you’ve ever speculated that Shiba Inu could reach $1, you might want to consider that its market capitalization would then be an eye-popping $589 trillion. To apply some context, the total value of all the recorded wealth on planet Earth right now is just $430 trillion. If every single government, business, and person in existence converted all of their cash and assets to Shiba Inu, it still wouldn’t warrant a price of $1 per token.

But Shiba Inu isn’t the first meme-token with grand aspirations. It has followed in the pawprints of Dogecoin (CRYPTO:DOGE), which still hasn’t recovered from its crippling 74% collapse once the hype from social media promoters wore off. The best thing Shiba Inu investors could do right now is to learn from what happened with Dogecoin, even if it means selling your tokens. After all, things can get worse.