Bitcoin Is A Black Hole For Theoretical Models 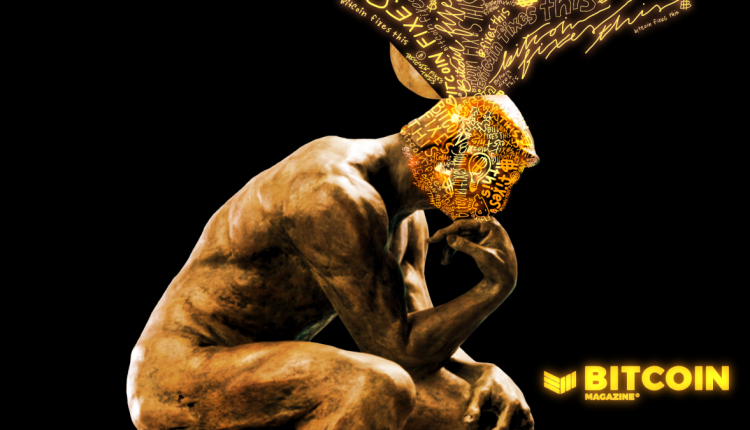 For the purposes of this article, the following theoretical epochs will be identified, described and applied to Bitcoin adoption, resistance and narratives: classical theory, neo-classical theory, systems theory, human relations theory, power and politics, chaos theory, critical theory, inter-governmental relations and interpretive theory. Bitcoin will be addressed as an asset class which spans all the theoretical models presented and one in which alternative asset classes are being demonetized.

Part One: A Quick History Of Thinkers

Classical theory crash course: In 1911, Frederick Taylor published the “Principles Of Scientific Management,” where, in essence, he proposed that there was one best way in order to do, essentially, all things. The theory was integrated into a variety of real-world applications, most notably, the production of the automobile. As such, Taylor’s model revolutionized the assembly of vehicles by reducing the worker to a single task in many cases. Assembly lines grew in popularity, production costs decreased, profit margins increased and humans got carpal tunnel syndrome from having to insert the same bolt, on the same part, for the same car, for a lifetime. This was, for all intents and purposes, classical theory at its finest.

Neo-classical theory crash course: “Neo” is just a fancy word for new, however, when coupled with “classical” (old), it is an oxymoronic phrase, i.e., the “new-old” theory.

A few decades after Taylor’s theories became reality, Herbert Simon was publishing work and introducing coined terms such as “saticficing” (a hybrid of the words “satisfy” and “suffice”) to explain administrative behavior when presented with difficult decisions, limited information, knowledge, resources or worse, according to “Classics Of Organization Theory.”

There were thinkers far ahead of their time during the neo-classical era, such as Mary Parker Follett, a classical thinker who raged against classical thought. In her mind, Follett believed that employees were reduced to being “cogs in a wheel.” Follett proposed that people were not a unit of operation, as noted in “Classics Of Organization Theory.” She cracked the door open for subsequent theories, such as systems theory and human relations theory. As neo-classical theory’s sun had set, the era was defined not by forward thinkers such as Follett, but rather by organizations being seen as self-contained islands which could be finely tuned for maximum efficiency and that humans were analyzers and decision makers for these islands.

Systems theory crash course: Herbert Simon blurred the line between neo-classical and systems theories, as his impact spanned both epochs. Within this era, each part of the organization could only be understood in relation to the other parts of the system; this was later translated to “survival” of the system. Katz and Kahn (1966) introduced the world to the notion that the independent and isolated islands (organizations, business, etc.) were not so isolated after all; these systems required energetic inputs and outputs (think raw materials, parts, ideas) and once introduced, they would “energize” or “re-energize” the system. As a result, systems theory opened the door to the idea that organizational systems, while complex systems within themselves, were also part of a greater, external system, per “Classics Of Organization Theory.”

Human relations theory crash course: Human relations is also known as human development, human resources, human capital, etc. During this era, thinkers such as Abraham Maslow (“Hierarchy Of Needs”) and Douglas McGregor (Theory X and Theory Y) took center stage; and the “motivation theory” era was born. While the “hierarchy” has been adapted over the years to include upper tiers of “transcendence,” Maslow’s original proposition, that human “needs” had to be met in order for people to not only survive, but thrive in organizations and in life, took off like a wildfire. The visual below represents a simplified model where each person starts at the bottom and attempts to work their way up.

McGregor took the motivation components of Maslow’s work and adapted them to a concept of management. McGregor introduced Theory X and Theory Y. Simply put, people who view the world through a “Theory X” mindset view humans as unmotivated. Theory X proposes that humans avoid responsibility, have little ambition, are lazy and as such, rewards and punishments are required by managers.

Theory Y is different. A Theory Y mindset proposes that humans are intrinsically motivated and as such, given that the human is doing something fulfilling, the work itself is the reward; no carrots or sticks needed. One could argue that the fictional character Ted Lasso essentially views the world through a Theory Y filter. Human relations theory presented to the world that individuals have an important role in an organization. The idea of suggesting that you might have the right people but that they could also be in the wrong spot took root.

Power and politics theory crash course: This theoretical era should really be entitled “power, politics and influence” but we can’t go back in time and re-coin it, so here we are. John French and Bertram Raven identified five forms of power, however, the underlying framework of the theory really questioned the difference between power and leadership. I’m sure there is an arsenal of examples that will flood your mind once they are listed in a moment; please know that it’s ok to pause and reflect (cringe) as you recall terrible (traumatic) leadership of your past, but when you snap out of it, let’s continue.

Reward, expert, referent, legitimate and coercive power were foundational concepts for this theoretical era. This is also the era where theorists such as Karl Marx attempted to describe what they perceived as exploitations of the middle class through the “exploiters” (bourgeoisie) and the oppressed (proletariat).

Chaos theory crash course: If you have been involved in a restructuring, reduction in force or “right sizing,” you can empathize with the disequilibrium created as one system breaks, experimentation commences and a new system is formulated or reformulated. Kurt Lewin acknowledged this when he reminded the academic community that profound change occurs when a whole system changes. Chris Argyris introduced concepts such as double loop learning and models such as the ladder of inference.

In chaos theory, there was a significant focus on the process being more important than the structure, as outlined by Cornell University Professor Steven Strogatz in “Nonlinear Dynamics And Chaos.”

Critical theory crash course: In the more recent era, Jürgen Habermas proposed that language shaped life, per “Classics Of Organizational Theory.” As such, reasoning models and the use of verbiage could (would and had) shaped the world. Robert Denhardt proposed that citizens distrusted bureaucrats and as such, distrusted government

Inter-governmental relations (IGR) theory crash course: IGR was the era of Roosevelt and Reagan as well as policies such as The New Deal, social security and welfare, according to Victor Pestoff; as well as counter measures such as a reduction of national grants to states and an attempt to separate states from the federal government. In the most simple sense, IGR works to explain the relationship between different “governments” within one country. Within the U.S. for example, there are a variety of “governments” which exist and work, some harmoniously, some, well, not so much, as Pestoff explained.

Interpretive theory crash course: Congratulations, you’ve reached the end of the abbreviated crash course; know that each of these sections have many more theorists, researchers and material to cover if you’re interested. Interpretive theory can be a bit of a mind bend, and with limited characters, I’ll do my best to keep it simple. Get your head ready for perceiving the world through “The Matrix.”

There are three theorists we can focus on to help clarify the confusion. Emmanuel Kant, Alfred Schultz and Peter Berger; again, there are many more, but we’ve got to stay on track. Kant proposed that the ultimate reality was held within the spirit or an idea more than what was perceived to be that idea; as such conversations of morality grew, as is explained in “The Social Construct Of Reality” and “Classics Of Organizational Theory.”

Schultz saw the world through a lens of understood meanings, which were subjective, per “Classics Of Organizational Theory.” For example, two people could witness the same event and come to different…

Read More: Bitcoin Is A Black Hole For Theoretical Models

Why this 25-year-old invests in bonds instead of crypto