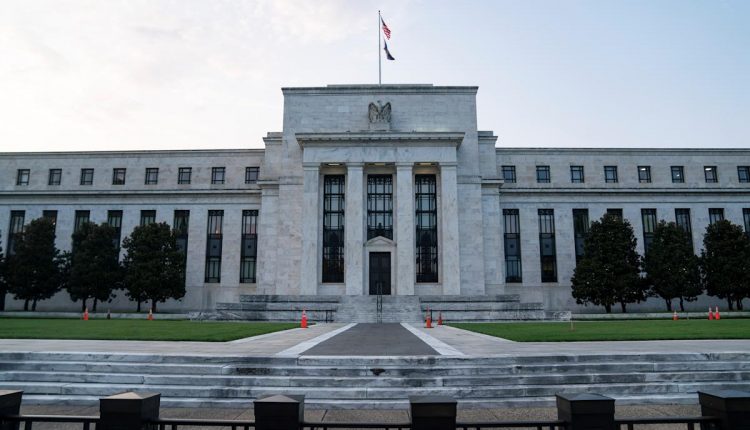 The Federal Reserve on Thursday issued its long-awaited paper exploring the benefits and negatives of a central bank digital currency (CBDC), as the debate over cryptocurrency regulation hits its stride.

The Fed laid out a list of pros and cons associated with adopting a CBDC, but did not come to any formal conclusion on doing so. The move comes as countries like China press forward with their own digital currency plans, and in the midst of a wide-ranging debate on how cryptocurrencies are transforming the financial sector — and how they should be regulated.

“The introduction of a CBDC would represent a highly significant innovation in American money,” the Fed wrote in the paper.

The CBDC itself would be a liability of the Fed, not a commercial bank. Partnering with the private sector, the Fed would leverage banks’ existing privacy and identity-management frameworks and innovation and try to stave off any disruption to the U.S. financial system.

Policymakers also think a CBDC would offer the general public broad access to digital money that is free from credit risk and liquidity risk. The Fed views it as a less risky option to other cryptocurrencies and stablecoins, though Fed Chair Jerome Powell has said that private sector stablecoins could exist alongside a CBDC.

Yet the Fed also laid out several risk scenarios, including how banks that rely on deposits could see those decline if a CBDC is adopted en masse. That could in turn increase bank funding costs, and raise credit costs for households and businesses. A digital currency could also make runs on financial firms more likely, or even more severe, the Fed said.

And a digital coin could also prompt the Fed to increase the size of its balance sheet to accommodate CBDC growth, similar to the impact of issuing increasing amounts of physical currency in circulation, it noted.

If adopted, the CBDC would need to protect consumer privacy, guard against criminal activity like hacks and money laundering, and be a widely accessible means of payment that could transfer seamlessly between parties, according to the Fed.

The Fed has not committed on how such a currency could be issued, whether it would use the same blockchain that underpins other digital tokens like Bitcoin (BTC-USD) and Ether (ETH-USD). It could have a ledger, or would it function like a physical dollar, which has no ledger. Also, it was unclear how CBDC bank accounts would work, given that the Fed doesn’t house personal bank accounts.

The central bank has solicited public comments on the paper, a period that will last 120 days, and is asking for input on numerous questions. These include whether a CBDC should pay interest, or whether it should limit quantities held by individual users. Officials are also asking what types of firms should be middlemen for a CBDC, and what that structure could look like.

The Fed chief also wrote that a “critical question is whether a CBDC would yield benefits more effectively than alternative methods,” in response to whether well-regulated, privately issued stablecoins serve as a check on the design and management of any American CBDC.

“Alternative methods could also include well-designed and appropriately regulated stablecoins…Well-regulated, privately issued stablecoins could coexist with a CBDC,” Powell said. “In the future, it is possible that CBDCs, stablecoins, and other forms of money could serve different needs or preferences.”

Read the latest financial and business news from Yahoo Finance