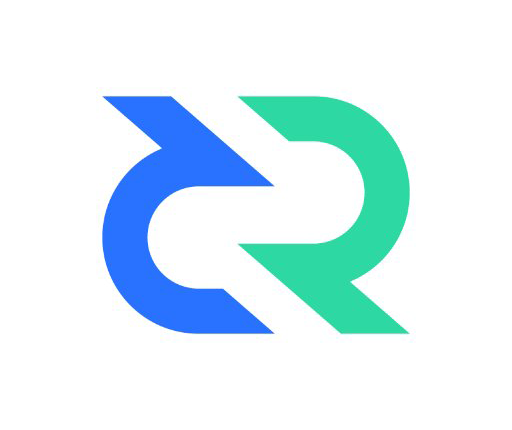 Decided Decred is a good investment? You can get Decred on Binance today.

Decred was a part of the first wave of blockchain projects that came after Bitcoin, and it was built around optimizations to Bitcoin’s codebase with a hybrid consensus model and a system of open governance. In this sense, Decred can be loosely considered to be a fork of Bitcoin focused on greater decentralization.

Decred (DCR) is a blockchain-based cryptocurrency that uses a hybrid consensus protocol employing proof of work (PoW) for mining in a similar sense to Bitcoin but that uses proof of stake (PoS) as a consensus mechanism for governance via a custom-designed voting platform called Politeia. In order to keep incentives across these three parties aligned, block rewards are allocated in a 60-30-10 split across PoW miners, PoS stakeholders and Decred’s Development Treasury, the latter of which ensures constant, self-funded development of the Decred network. The hybrid consensus system also reduces the possibility of hard forks and centralized attacks on the blockchain.

The Decred network also has a robust Layer 2 lightning network being actively developed on top of it, which is a key distinguishing feature when comparing Decred to Bitcoin. Bitcoin has a lightning network too, but its developers are less active than Decred’s. This feature bodes well for Decred’s ability to scale and build out a decentralized finance (DeFi) ecosystem.

Currently, Decred has a market cap of around $1 billion, putting it in the top 100 cryptocurrencies by market cap. Decred’s current supply is 13,690,740 with a hard supply cap of 21 million tokens, like Bitcoin.

In terms of recent price history, Decred had a price surge in early January 2022 following the development of release candidate builds for Decred v1.7, which indicated post-quantum security. Decred’s highest price came in April 2021, when it briefly surpassed $240 per token.

All this being said, Decred’s relationship with Bitcoin gives it a robust use case as a store of value token while the development history over the past five years demonstrates a potential to scale and develop that far surpasses Bitcoin. As Decred’s development, especially into its Layer 2 scaling, progresses, Decred is likely to increase in value over time.

Given Decred’s unique characteristics, it has competition on multiple fronts and largely comes out as the jack of all trades but the master of none.

In a Layer 2 scaling sense, Decred is up against various other lightning networks and titans like Ethereum, which houses a huge variety of competitive Layer 2 networks with cross-chain bridges to support them. As such, it’s difficult to recommend Decred as an investment into Layer 2 networks.

When compared to other projects with active governance communities, Decred lacks the widespread discourse that most DAOs have as well as projects like Uniswap, Sushiswap and ENS. However, Decred defined many of the goals of governance systems and pioneered many of the conventions that these projects use to make decisions.

In a privacy-centric sense, Decred is up against ubiquitous names like Monero, Zcash and Verge, which all are explicitly designed around privacy with innovations like ring addresses, zero-knowledge proofs and onion routing (TOR) that have been empirically tested. Decred’s price surge with these other privacy coins suggests that the market believes that Decred can be competitive in this space.

How to Buy Decred

Decided you want in on Decred? Listed below are a handful of exchanges where you can purchase Decred.

The top centralized exchanges (CEXs) for Decred are Binance, OKX, Huobi Global, Gate.io and KuCoin. Crucially, staff in charge of listing at Coinbase Global Inc. (NASDAQ: COIN) have expressed interest in listing Decred, indicating that the group of CEXs supporting Decred could potentially increase in size over time.

Gate.io aims to be your one-stop shop for cryptocurrency trading. The platform carries nearly 200 different currencies spread across over 350 markets. Traders can buy and sell cryptocurrency, with spot and margin trading being the most commonly used markets. The platform also allows traders to use peer-to-peer transactions through its “push transaction” function.

Multiple security protocols ensure your safety while using mobile or desktop browsers. Plus, a trading guide explains how to use the system for your first few trades. Not sure if you can trade your preferred currency? There’s a “Coin List” at the bottom of the homepage.

Crypto.com strives to make cryptocurrency a part of everyday life by offering a full suite of services for crypto users. The company offers a Crypto.com App, Exchange, Visa Card, DeFi swap, DeFi Wallet, DeFi Earn, Crypto.com Price, staking, crypto lending, and many other services. What really sets them apart, however, is the combination of super low fees and incredibly generous rewards programs for their users.

Now that you’ve explored how to buy Decred using fiat currencies, you might want to look into how to control the voting rights and potential staking rewards associated with your Decred. To do this, you need a wallet for your Decred.

Decred offers Decrediton and the Decred mobile wallet as hot wallet solutions, but in order to maximize security, you need a cold hardware wallet that is isolated from the internet…

Why Have Ethereum Faucets Become So Popular?

Is NEAR Protocol a Good Investment? • Benzinga Crypto