SEC, CFTC May Be the Way in Crypto Regulation 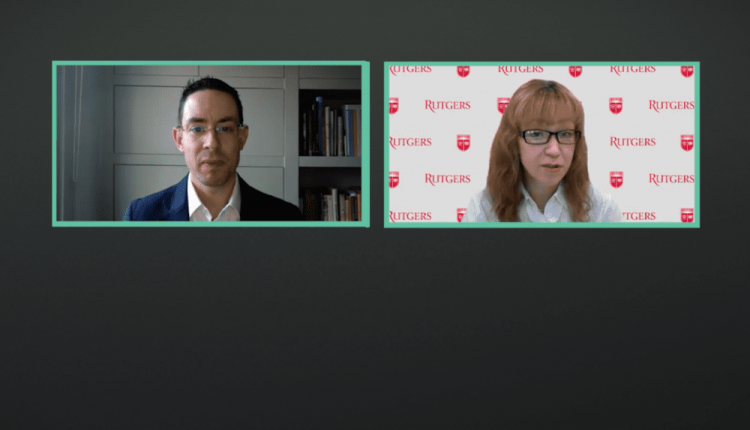 Is Russia Going To Legalize Crypto As A Form Of…

Calling cryptocurrency the “Wild West” of finance, the U.S. Securities and Exchange Commission (SEC) chairman has said regulating crypto trading platforms is one of the biggest challenges facing Congress.

Yuliya Guseva, a professor of law at Rutgers Law School and head of the blockchain and FinTech programs, told PYMNTS the SEC needs new specific rules to police the burgeoning sector.

“They need to go one step further,” she said. “We need a formal rule on crypto assets from the SEC … What we need is a principled-based definition.”

Since 2014, the SEC has taken enforcement actions against 84 companies offering digital assets, according to the agency’s website.

In its most recent ruling, the SEC fined Australia-based Crowd Machine, Metavine and its founder $195,000 for making false statements in connection with an unregistered offer and sale of digital asset securities.

While the Howey Test allows the SEC to regulate by enforcement, more regulations are needed, Guseva said.

Congress should provide more clarity to the SEC and the Commodity Futures Trading Commission (CFTC), the other independent authority that regulates derivatives markets, including futures, swaps, and certain kinds of options, she added.

“The SEC is assuming that all cryptos are securities, which it isn’t clear at this point,” she said. “There’s obviously a huge debate in Washington and elsewhere, over whether cryptocurrencies or crypto assets are securities or commodities or what they are … Basically we can say that Congress can provide more clarity.”

Without regulations, lots of questions will remain, Guseva added.

Some have suggested Congress should divide the responsibility for regulating crypto between the SEC and the CFTC. Others have recommended that a separate agency should be created because crypto assets are new and rapidly evolving.

While some are new, Guseva said other instruments have been around for years, such as some derivatives and futures which have been successfully traded.

Bitcoin recently celebrated its 13th anniversary and Ethereum, the largest and most well-established, open-ended decentralized software platform, was introduced in 2015.

Still, the SEC and the CFTC are struggling with how to approach regulations of those instruments.

“Perhaps we don’t need another regulator,” Guseva said. but what we do need is some kind of coordination mechanism between the two commissions.”

Instead, she suggested a separate subcommittee could be established to develop a set of securities commodity regulations, making sure that there is clarity and no overlap.

Last spring, PYMNTS reported the House of Representatives passed legislation that would have done just that. The “Eliminate Barriers to Innovation Act” would require the SEC and CFTC to establish a digital asset working group to analyze the legal and regulatory framework tied to digital assets. But the measure has languished on Capitol Hill.

“I’m aware of about 20 various bills which were introduced in Congress during the past two years,” Guseva said.

In addition, in December PYMNTS reported the European Union has been proactive in developing a comprehensive regulatory framework for crypto. The soon-to-be-enacted “Regulation of Markets in Crypto-assets” or MiCA, requires stablecoin issuers to always have capital funds of either 350,000 euros ($400,000) or 2% of their total reserve assets, depending on which one has the larger amount of funds.

Asked to choose one policy regulatory development for crypto, Guseva said whatever Congress does should include guidelines for stablecoins, as well as decentralized finance (DeFi) which offers financial instruments without relying on intermediaries, and centralized finance (CeFi) which provides a few of the yield benefits of DeFi with some of the ease of use and security of traditional financial-services products.

Read More: SEC, CFTC May Be the Way in Crypto Regulation

How to get a graduate job in crypto

Crypto Taxes: Your Guide to Navigating the Chaos

Is Russia Going To Legalize Crypto As A Form Of Payment? Court Sets Precedent In New

INTERVIEW: What I will do as president on state police, crypto, repentant terrorists…