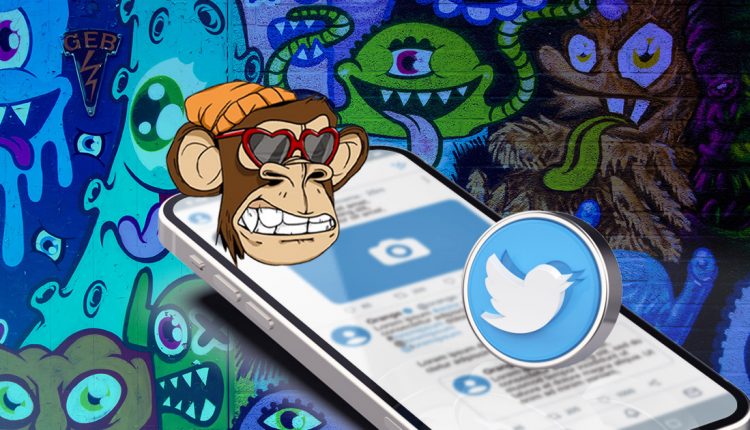 Is STEPN’s [GMT] run coming to an end? On-chain…

Polygon to Partner with MSP on Healthcare Blockchain…

Twitter on Thursday announced that it will be rolling out a new feature that will let users upload NFT profile pictures. The feature will be first made available to Twitter Blue users.

Users will be required to connect their crypto wallets to their Twitter accounts to access the NFTs they own and later upload it as their profile pictures. The said feature will be available for iOS users at a monthly price of $2.99.

According to the tutorial video uploaded by Twitter Blue, users will need to connect their crypto wallet including Coinbase wallet, Rainbow wallet, Metamask, Trust Wallet, Argent, or Ledger Live to access their stored NFTs and upload one as their profile picture within a few seconds.

You asked (a lot), so we made it. Now rolling out in Labs: NFT Profile Pictures on iOS pic.twitter.com/HFyspS4cQW

The NFT profile pictures uploaded will be displayed in a hexagonal avatar instead of a circle. Users can also click on these avatars to know more about the digital artwork, including the information about its creator, authenticity, and the place where it’s listed.

Ready to show off your NFT? Follow these simple steps to connect your crypto wallet and let’s see your NFT PFPs! pic.twitter.com/epSL7VXG5o

Last year, Twitter announced its decision to form a crypto team to work towards the development and integration of Web3 apps. Twitter Blue debuting NFTs on its platform has been regarded as one of the company’s major strategic moves to expand its user base and integrate blockchain technology to accelerate user engagement on the platform.

According to Twitter, the social media giant will be storing the wallet address to ensure that it continues to hold the NFT avatar. Twitter further said that it will currently support JPEG and PNG NFTs minted on Ethereum (ERC-721 or ERC-1155 tokens) that can be used as profile pictures.

NFTs or Non-Fungible Tokens have had a meteoric rise in 2021, with an average trading volume of nearly $23 billion. According to the data from a Lithuania-based blockchain analytics firm Dappradar, the number of wallets trading NFTs daily went from 5000 to a striking 1,40,000 by the end of 2021, indicating rising consumer interest in the particular domain.

Into the ether: How a German museum accidentally lost access to two highly valuable NFTs

Polygon to Partner with MSP on Healthcare Blockchain Initiative

Coinbase Leads Users Astray By Recommending Everything Besides Bitcoin

Bill Gates said he doesn’t own any cryptocurrency because it…