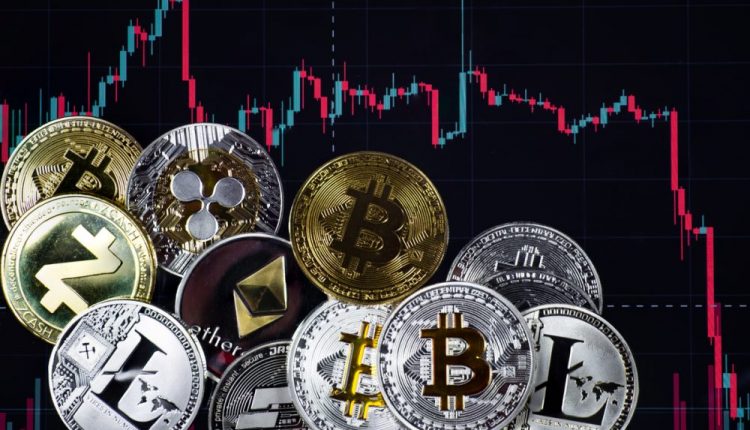 Cryptocurrency had a dark day Friday (Jan. 21), with the total industry market cap falling 11% to $1.9 trillion, down from its all-time high of $3.1 trillion two months earlier.

As Coinbase reported, the two biggest cryptocurrencies, bitcoin and ether, had key $40,000 and $3,000 support levels late Thursday evening, which caused the larger alternative coin market to drop. Most major cryptocurrencies saw double-digit losses and the recent series of corrections seem to be indicating a move to a bear market, Coinbase wrote.

As PYMNTS had reported earlier in the day, the price of bitcoin had dropped as much as 7.4% against the dollar in Asian trading, while ether fell almost nearly 9%, wiping away about $140 billion off the market capitalization for the cryptocurrencies.

The price drop came in the wake of a report by Russia’s central bank that compared cryptocurrencies to a pyramid scheme and called for their abolition.

With the report, Russia — the world’s third largest crypto miner — became the latest nation to propose either banning cryptocurrencies or imposing tighter regulations on the digital coins.

In its report, the Bank of Russia said the rise of cryptocurrency was driven mostly by speculative demand and could lead to a market bubble that threatened financial stability.

The bank said financial institutions should be blocked from carrying out operations that employ crypto and proposed a ban on crypto exchanges.

Learn more: SEC, CFTC Coordination May Be the Way Forward in Crypto Regulation

Meanwhile, the U.S. Securities and Exchange Commission (SEC) has said it will make regulating the crypto market a priority for this year. But Yuliya Guseva, a professor of law at Rutgers Law School and head of the blockchain and FinTech programs, told PYMNTS the SEC needs new specific rules to police the burgeoning sector.

“They need to go one step further,” Guseva said. “We need a formal rule on crypto assets from the SEC … What we need is a principled-based definition.”

She said Congress should provide more clarity to the SEC and the Commodity Futures Trading Commission (CFTC), the other independent authority that oversees derivatives markets.

“The SEC is assuming that all cryptos are securities, which it isn’t clear at this point,” Guseva said. “There’s obviously a huge debate in Washington and elsewhere, over whether cryptocurrencies or crypto assets are securities or commodities or what they are … Basically we can say that Congress can provide more clarity.”

Not Just For Art: NFTs Explained