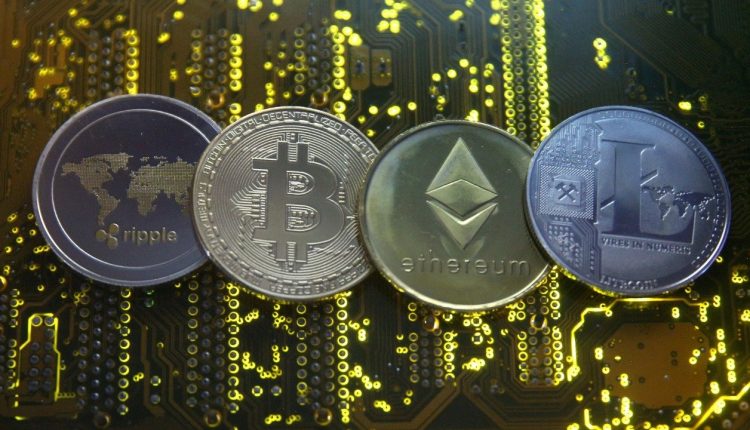 Bitcoin, along with other digital cryptocurrencies, crashed to its lowest level on Saturday and the continuing meltdown has wiped out over $1 trillion from the global crypto market value.

Bitcoin was hovering at $35,000 per coin and the largest digital asset by market value has lost more than 40 per cent since reaching its peak in November 2021.

Bitcoin hit an all-time high of roughly $69,000 in November.

The crypto crash came as the US Federal Reserve raised the possibility of boosting interest rates as soon as March and withdrawing stimulus from the market.

Bitcoin has crashed below $36,000 – a level below which “there is not much support until the $30,000 level,” Edward Moya, senior market analyst at Oanda, said in a note.

Bitcoin’s decline since that November has wiped out more than $600 billion in its market value.

Crypto assets such as Bitcoin have matured from an obscure asset class with few users to an integral part of the digital asset revolution, raising financial stability concerns.

Given their relatively high volatility and valuations, cryptocurrencies’ increased co-movement could soon pose risks to financial stability especially in countries with widespread crypto adoption, according to IMF research.

It is, thus, time to adopt a comprehensive, coordinated global regulatory framework to guide national regulation and supervision and mitigate the financial stability risks stemming from the crypto ecosystem.

The market value of these novel assets rose to nearly $3 trillion in November from $620 billion in 2017, on soaring popularity among retail and institutional investors alike, despite high volatility.

Buyback-and-burn: What does it mean in crypto?

What Is a Crypto Airdrop? • Get Free Tokens • Benzinga