The Nasdaq Correction Deepened. Netflix’s Earnings Are Just the Tip of the Iceberg. 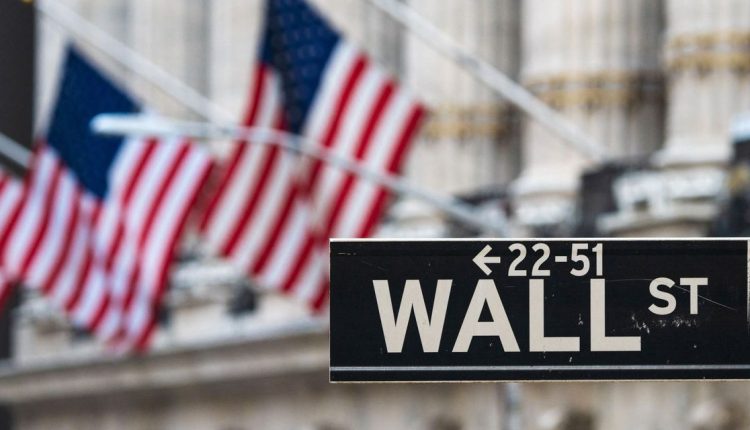 Stocks had their worst week since the early days of the pandemic, as a disappointing earnings report from Netflix spooked tech investors. That’s just one worry on a laundry list of concerns for the stock market.

Any chance of a robust rebound was scuttled by Netflix’s (ticker: NFLX) earnings report late Thursday. The streaming giant reported a profit of $1.33 a share, beating estimates of 82 cents a share, on revenue of $7.7 billion, in line with expectations. But the company also reported fewer new subscribers, with just 8.28 million in the fourth quarter of 2021, down from 8.5 million in the fourth quarter of 2020. Even worse, Netflix guided for 2.5 million in the current quarter, way below analyst estimates for 6.93 million. The stock fell 21.8% on Friday.

That has investors in other consumer-facing internet names nervous about growth, which was strong during much of the pandemic.

“The subscriber numbers were a real blow and investors are being forced to adjust to the reality that there is nowhere near the momentum that the last couple of years was expected to generate,” wrote Craig Erlam, senior market analyst at Oanda.

Worries for the stock market—and tech stocks in particular—go beyond just Netflix’s earnings report, though.

Bond yields have been on the rise all year, with the exception of Friday. That’s because long-term annual inflation expectations are above 2%—which means long-dated bond yields should be at or above that level, too—and the Federal Reserve is about to lift interest rates and pull money from the bond market to stave off that inflation.

Higher long-dated bond yields make future profits less valuable—and many tech companies are valued on the basis that they will rake in sizable profits many years into the future. The Nasdaq, however, is now firmly in correction territory, and is about 14% lower than its all-time high hit in late November. The index also experienced its largest one-week percentage decline since the week ending March 20, 2020—when it fell 12.6%.

Other stocks are under intense pressure, too, as Fed rate hikes often dent economic growth.

The Dow and the S&P 500 are approximately 7% and 8%, respectively, lower than their January all-time highs. The S&P 500 also experienced its worst weekly performance since the week ending March 20, 2020. That’s not all: The S&P 500 ended Friday below its 200-day moving average, which indicates investors are now less comfortable buying stocks at prices consistent with their longer-term trends.

The weakness in the stock market spread to other risky assets on Friday. WTI crude oil futures fell more than 2.5% to around $84 a barrel, causing the

As for oil, traders are preparing for higher supply. As demand has surged—and the price has already risen almost 30% since an Omicron-related low point in November—oil producers are building inventories. Crude stockpiles rose by 515,000 barrels last week, according to the Energy Information Administration. Gasoline inventories rose by 5.9 million barrels.

The drop in cryptocurrencies can mostly be blamed on Russia, where they are popular among citizens. The country is also a hub for mining—the process that generates new digital currency tokens. The Russian central bank has proposed banning crypto mining as part of a wider prohibition that includes preventing people from trading or transacting with the likes of Bitcoin.

And while results have been beating estimates, investors may be demanding even greater earnings beats than those seen so far. The aggregate earnings result on the S&P 500 early in the fourth quarter reporting season has beaten expectations by 5.9% as of Friday morning, according to Credit Suisse.  Well Fargo also reported that as of Friday morning, the average stock price reaction in the trading day after earnings has been a 0.3% increase.

Here are five stocks on the move Friday:

(PTON) stock rose 11.7%. The shares tumbled 24% Thursday following reports that the company, which makes home workout equipment including bikes and treadmills, was halting production. The company’s CEO rejected the report as false.

(CSX) stock fell 3.2% after the company reported a profit of 42 cents a share, beating estimates of 41 cents a share, on sales of $3.4 billion, above expectations for $3.3 billion. Higher costs were part of the equation, with labor and fringe costs up $115 million year-over-year. Fuel costs doubled to $282 million. These higher costs caused the company’s operating profit margin to fall year over year.

(KBH) stock fell 2.3% after getting upgraded to Buy from Neutral at Seaport Research Partners.

(DVN) stock fell 5.2% after getting downgraded to Neutral from Buy at Goldman Sachs.

Write to Jack Denton at jack.denton@dowjones.com and Jacob Sonenshine at jacob.sonenshine@barrons.com

Read More: The Nasdaq Correction Deepened. Netflix’s Earnings Are Just the Tip of the Iceberg.