10 Most Expensive NFT Projects Ever Bought Until Now 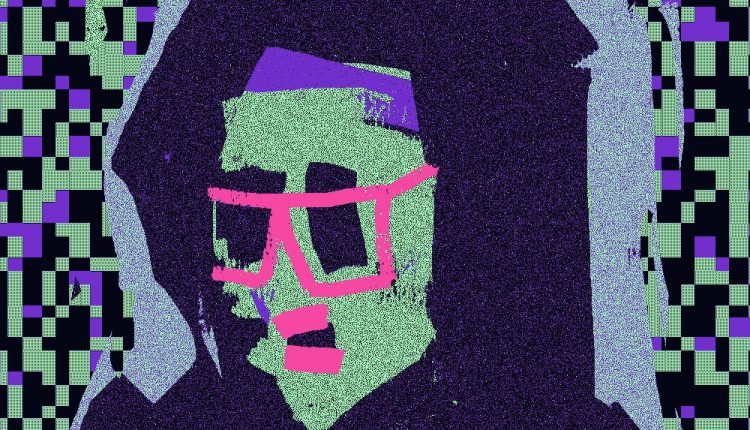 We know that the NFT market is currently like a wealth capital right now, but how much money are we talking about exactly? Let’s look at the price tags of 10 most expensive NFT artworks so far.

Non-fungible tokens (NFTs) have become the “it” thing, thanks mostly to the Beeple artwork that sold for USD 69.3 million in 2021. In fact, some of the most expensive NFT artworks are by Beeple or by a company known as Larva Labs, an early entrant in this world.

NFT artworks share some attributes with physical artworks in terms of creativity and aesthetics. However, the key difference is that being NFTs, they are simply a code — digital art that exists only on the internet.

Some of these are creatively futuristic and take the artists to record major feats. For example, the REPLICATOR by Canadian artist Mad Dog Jones, whose real name is Michah Dowbak, replicates itself and produces a new NFT every 28 days.

According to its seller — art auction house Phillips — it is an “NFT experience comprising seven unique generations of artworks.” The work sold for USD 4.1 million in April 2021, making Mad Dog Jones the most expensive living Canadian artist.

Yet the prices of NFT sales of artworks have skyrocketed. A quick look at the sales figures reveals that all the highest-priced NFT artworks were bought in 2021, even though some were created around four years ago.

This proves that the market of expensive NFT art has just started to flourish, still leaving room to expect a lot in the coming years.

The most expensive NFTs sold as outstanding pieces of art

The Merge is a unique digital artwork in the world of NFTs because, instead of being a single piece of work, The Merge is, what can be called, fragmented art.

Created by the renowned artist who goes by the pseudonym Pak, The Merge was sold on NFT marketplace Nifty Gateway between 2 and 4 December 2021. It fetched a record sum of USD 91.8 million — the most expensive NFT ever sold that is an artwork.

Instead of a single owner, The Merge is held by 28,983 collectors. This is because the artwork was sold in units known as ‘mass’. Thus, the collectors together bought a total of 266,445 masses by the time the sale ended on 4 December.

Each ‘mass’ cost USD 575 when the sale began. The price of the tokens went up by USD 25 every six hours.

Acclaimed digital artist Mike Winklemann, better known as Beeple, created a record when his single piece artwork titled Everydays – The First 5000 Days sold for USD 69.3 million at a Christie’s auction on 11 March 2021. Therefore, it is the most expensive NFT sale recorded for an artwork by Beeple.

The artwork is so named because it is a collage of 5,000 individual images made one per day over more than thirteen years from 2007 to 2020 by Beeple.

It was the first purely digital NFT-based artwork offered by a major auction house. Following the sale, Christie’s said Beeple now ranked among the “top three most valuable living artists.”

Its buyer, MetaKovan, later revealed as crypto investor Vignesh Sundaresan, called it “a steal” while talking to The New York Times.

The costliest single-piece NFT artwork, Everydays – The First 5000 Days, is credited by many as the sale that started the NFT boom through 2021. It also catapulted Beeple and his works into an even bigger league, with collaborations with Nike and Katy Perry.

On 9 November 2021, Beeple had his second-most successful NFT artwork sale. At an auction hosted by Christie’s, the American artist’s creation, Human One, went under the hammer for USD 28.9 million. The buyer was Swiss entrepreneur and venture capitalist Ryan Zurrer.

Human One is remarkably different from Everydays: The First 5,000 Days — the former is a hybrid digital and physical artwork, whereas the latter does not physically exist.

Beeple created a futuristic human-like sculpture, which was seven feet tall and appears to be perpetually walking across ever-changing landscapes. The 3D movement is presented through four video screens of 16K resolution, which come together to form a 4×4-feet box.

According to Christie’s, the kinetic video sculpture came with dual media servers and had a polished aluminium metal, mahogany wood frame.

Speaking to Christie’s head of digital sales Noah Davis, Beeple said, “We had a bunch of TVs on rollers in our studio and were rolling them around in different shapes and patterns. Then I was like: ‘We should roll them into a little box unit.’…We immediately realised that this configuration of screens was a powerful canvas — anything we put on it looked awesome.”

Human One was sold with a corresponding dynamic NFT, which was minted on 28 October 2021. The unique feature of the work is that Beeple will continue to have remote access and creative control over it. This means that the artist can change the creative elements, such as the landscape, as long as he is alive.

CryptoPunks have long been one of the most sought-after tokens in the NFT space. One of the earliest NFT projects, CryptoPunks, was launched in 2017. A creation of Larva Labs, the acclaimed studio founded by Canadian developers Matt Hall and John Watkinson.

CryptoPunks is essentially a collection of 10,000 tokens called ‘punks’ by their creators and collectors. Often considered the OG NFT collection, each is a collectible character — much like a trading card. No two ‘punks’ are the same, which makes each CryptoPunk an exclusive item.

The bluish-green-skinned character wears a knitted cap and earrings, too. It is also the only Alien character and one of the 175 in the collection with a medical mask.

According to Reuters, Sotheby’s revealed the token was bought by Israeli entrepreneur Shalom Meckenzie — the largest shareholder of digital sports company DraftKings.

At the time of its sale, CryptoPunk #3100 was the highest-priced ‘punk’, beating the record set by #7804 a day before by just a whisker.

It has been in the news for some time because of its listed price. According to Larva Labs, it is currently up for sale for USD 114.54. If realised, it would become the highest-priced NFT in history.

The ‘punk’, which looks more like Sherlock Holmes with shades, is another of the nine Aliens among the 10,000. On 10 March 2021, it made news for fetching USD 7.57 million for its seller, Figma CEO Dylan Field, who had dubbed it his “digital Mona Lisa.”

The pipe-smoking character wears small shades and is one of the 254 who wears their cap forward. Unlike #3100, the #7804 is not up for sale.

Right-click and Save As guy: USD 7.09 million

Xcopy is the pseudonym of a London-based crypto artist whose works are one of the most in-demand across marketplaces. According to The Crypto Times, Xcopy, who is known for his dystopian- and death-themed works, has sold over 1,900 artworks.

The Right-click and Save As guy is the name of an NFT artwork created by the artist as a joke on those who think that NFTs are worthless because they can simply be right-clicked and downloaded.

The artwork shows a character wearing large shades and a hoodie. Its red-tinted lips are constantly moving, as if mumbling something.

Right-click and Save As guy was sold on the SuperRare marketplace for USD 7.08 million in early December 2021. It was bought by the user known online as ‘Cozomo de Medici’, who has a vast storehouse of NFT digital collectibles.

Some speculate that ‘Cozomo de Medici’ is the alias of rapper Snoop Dogg. Even though the American celebrity admitted that he is the man behind the identity, it has not been independently verified.

Ringers #109 is an artwork by Art Blocks, which is a project that creates loops around pegs using an algorithm. The artwork can be a 3D image, an interactive feature, or a static picture.

Ringers #109 is a static image of a series of loops around multiple pegs. The dominant colour is black on a white background. The balanced wrap orientation, the loop and the white background are three very rare attributes in Art Blocks’ creations. The rarest is, however, a red peg — the colour is present in just 0.3 percent of its tokens.

The NFT was sold for USD 6.9 million in October 2021 — a record price for Art Blocks. It is not clear who bought the NFT but according to The Crypto Times, the seller was AKIRA, co-founder of NarcissusGLRY, who…

Read More: 10 Most Expensive NFT Projects Ever Bought Until Now

Is BankerDoge (BANKER) Worth the Risk Sunday?