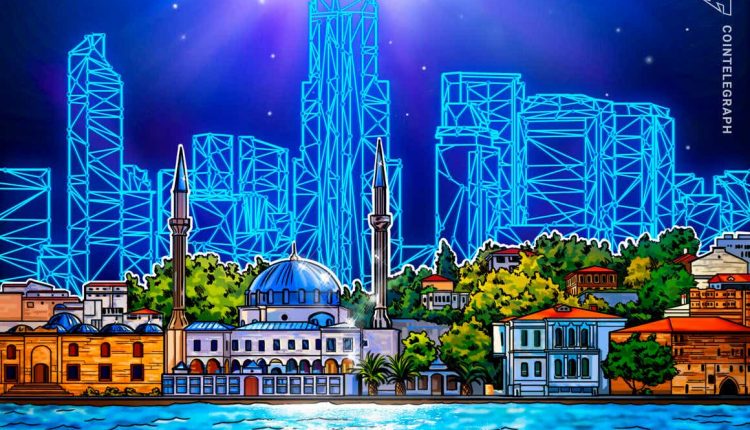 In her monthly Expert Take column, Selva Ozelli, an international tax attorney and CPA, covers the intersection between emerging technologies and sustainability, and provides the latest developments around taxes, AML/CFT regulations and legal issues affecting crypto and blockchain.

Turkey — the cradle of civilization — is quietly digitizing despite its high-inflation economy, and the lira’s volatility might be correlated with the prices of Bitcoin (BTC) and Ether (ETH). During the fourth quarter of 2021, the TRY/USD exchange rate crashed from 9 to 18.5 liras per dollar in the six weeks leading up to mid-December before strengthening to as high as 10 liras and then falling back to 13.87 liras at the time of writing, rendering the currency a highly volatile asset.

The lira’s volatility stemmed from a contrarian interest rate cut made by Turkish President Recep Tayyip Erdoğan amid high inflation and against the advice of central bankers. High inflation tends to devalue cash and drive investors — including major professional and institutional investors alongside top hedge fund managers like George Soros — to invest their money in cryptocurrencies. With inflation soaring above 20%, Erhan Kahraman, news editor at Cointelegraph, told me that during 2021:

“Bitcoin and other cryptocurrency usage in Turkey increased elevenfold.”

Unexpectedly, the cryptocurrency market crashed during the first trading week of 2022, and as a result, Bitcoin and Ether — which rose 100% and 300% during 2021, respectively — entered bear market territory. The crash was blamed on a combination of three events.

The first event was the release of the minutes from the United States Federal Reserve’s December meeting. They hinted that the U.S. central bank would reduce its pandemic-era stimulus and begin raising interest rates sooner than expected. This news triggered a sell-off in the global stock markets that spilled over into the cryptocurrency markets, with Bitcoin’s price ultimately crashing over 40% from its all-time high set in November 2021. Similarly, Ether dropped over 13% after the news to as low as $3,300.

Related: Bitcoin miners’ resilience to geopolitics — A healthy sign for the network

The third event was the rapid worldwide spread of the Omicron variant of COVID-19, which wreaked havoc on long-term social and economic development by leaving millions sick and inundating healthcare systems that were already buckling under the cumulative toll of every previous surge. Reinforcing the idea that people shouldn’t live in constant fear of the virus, Ugur Sahin, the German-Turkish co-founder of COVID-19 vaccine maker BioNTech, highlighted that despite the virus being here to stay for a couple more years, the COVID-19 variants are becoming controllable, and that BioNTech is keeping its eye on new variants and new strains.

Nevertheless, the unexpected market crash was not enough to shake Turkish investors’ faith in cryptocurrencies being a hedge against a weakening lira and double-digit inflation.

While Satoshi Nakamoto is credited with designing the first cryptocurrency, it was actually Turkish-American Emin Gün Sirer — CEO of Ava Labs, professor at Cornell University and co-director of the Initiative for Cryptocurrencies and Smart Contracts — who designed the first in 2003, six years before the launch of Bitcoin. Named “Karma,” it was based on a proof-of-work protocol.

Since 2019, Sirer has been focused on building Avalanche, an eco-friendly blockchain that uses a novel consensus mechanism for high-transaction throughput. As Sirer explained to me: “Avalanche is a high-performance, eco-friendly blockchain that scales hard math and science, rather than expensive, energy-intensive hardware. At its core, the innovation of the Avalanche consensus reduces the amount of communication required between validating nodes, which also decreases the hardware and power required to secure the many billions of dollars in value on the network. Taken a step further, Avalanche is a ‘quiescent’ protocol, meaning that if network activity slows, nodes will not perpetually expend energy as we see on almost every other platform. Nodes will simply wait until they hear another transaction to broadcast and move swiftly toward the next decision.” He added:

“Sustainability is critical to the blockchain industry’s ability to overtake traditional infrastructures, as well as a core ethic of this entire ecosystem of using innovation to better the lives of people.”

Sirer continued: “Much of the inertia that climate activists have faced is from incumbents who wield far too much power. Decentralizing their power and putting more economic control in the hands of individuals, rather than institutions, is an incredible step forward. Momentum toward mass adoption of decentralized services continues to accelerate, and users are also witnessing that high performance and eco-friendliness of a blockchain platform are not enemies. In fact, they are necessary companions to achieve mass adoption, doing right by both people and the planet.”

Sierra Nevada Corporation (SNC), a cybersecurity and aerospace company co-founded by Turkish-American couple Eren and Fatih Ozmen, partnered with Ultra to modernize the cryptographic infrastructure of SNC’s legacy AN/PYQ-10 Simple Key Loader devices to protect against mounting cyber and electronic warfare threats and to protect, store and distribute sensitive information. SNC has joint ventures with Aselsan and Havelsan, which are state-owned defense, software and electronics companies that are part of the “Digital Turkish Lira Collaboration Platform.”

President Erdoğan has said that Turkey’s main objective is to produce all its equipment used in high-tech and aerospace systems, including cyberdefense systems.

According to the Atlantic Council, there are 87 countries — including Turkey — exploring a central bank digital currency (CBDC).

As part of the Central Bank Digital Turkish Lira Research and Development Project, the Central Bank of the Republic of Turkey established the Digital Turkish Lira Collaboration Platform in close collaboration with Aselsan, Havelsan and Tübitak Bilgem. The project is researching the potential benefits of introducing a digital lira to complement the nation’s existing payments infrastructure. The results of the first phase of this research are expected to be announced in 2022 after the tests are completed.

Cointelegraph Turkey’s Kahraman explained to me that “Turkey’s digital banking, or ‘fintech,’ industry is already miles ahead of many regions across the world in terms of adoption and technologies used. Local banks are offering a myriad of digital services to their customers. Cashless payments are already above 50% of all transactions, per PwC’s 2020 payments research.” He added:

“So, while there are clear benefits for the Turkish government and financial institutions in issuing a central bank digital currency, I don’t see a significant advantage for the citizens.”

Anadol is the first artist to use artificial intelligence in a public immersive artwork, partnering with teams at Microsoft, Google, Nvidia, Intel, IBM, Panasonic, the United States National Aeronautics and Space Administration’s Jet Propulsion Laboratory, Siemens, Epson, Massachusetts Institute of Technology, Harvard, University of California-Los Angeles, Stanford University and the University of California-San Francisco. He applies the latest, cutting-edge science, research and technologies to his body of work, which consists of data-driven machine learning algorithms that create abstract, dreamlike environments.

Related: 2021 ends with a question: Are NFTs here to stay?

Kahraman explained to me that “There are several platforms that Turkish artists are actively using to create and sell their NFTs. The first one is OpenSea — it’s probably the most popular NFT marketplace globally. Turkish artists like Refik Anadol, Cem Yılmaz and others have already created and sold their NFTs on the Ethereum-based platform. However, the Ethereum network’s high gas fees (multiplied by the exchange rates in Turkey) place a barrier for many lesser-known artists and their communities. Coupled with the popularity of Avalanche in Turkey, I am seeing several artists publish their NFTs on eco-friendly Avalanche-based platforms, then sell their collections on Kalao. But to be honest, the majority of Turkish users are also using global apps like Binance, Huobi, etc. BtcTurk and Paribu are the top two heavyweights of the local NFT ecosystem. Icrypex and Bitci are also rising in popularity with new partnerships and global projects.”

Avenue 10 Gallery, founded by Luc Navarro and with branches in Paris and Bangkok, digitizes physical artworks to offer high-end NFTs sold on Ethereum-based OpenSea. Navarro, a Turkish-American artist, invited me to make NFTs out of my “Art in the Time of Corona” series of oil paintings, which includes, among others, a portrait of Erdal Arikan — the inventor of the world’s first channel coding scheme (polar codes) for 5G technology.

As Kahraman explained to me:

“There is currently no…

10 Most Expensive NFT Projects Ever Bought Until Now