Down the Crypto Rabbit Hole: How I Got Started | HackerNoon 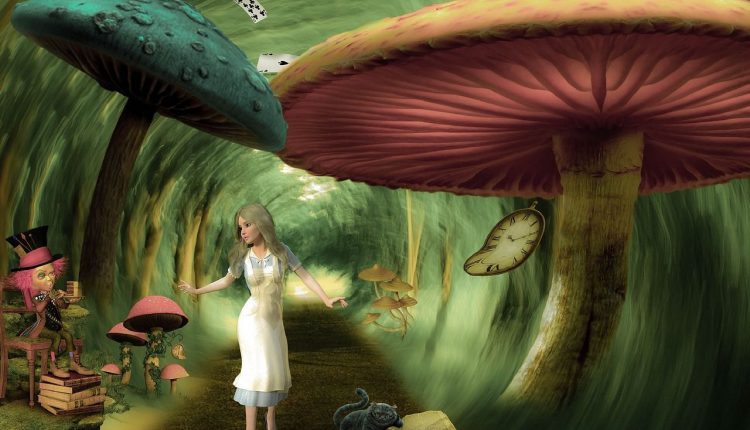 This is Hackernoon’s first time writing an article about how I stumbled into the whole crypto rabbit hole in the first place. This article is the first of its kind for the first time. The author’s first article is about how he got into the crypto-tech industry. He says he’s grateful for his first experience in the real world and how he learned how to deal with the real-world. He also says he is grateful for the experience of working in a BPO setup in a big company.

Flipping pancakes in the metaverse; loves dogs more than unicorns.

This is my first time writing an article here on Hackernoon. For lack of anything “tech” that I can think of writing about at the moment, I’ll just talk about how I stumbled into the whole crypto rabbit hole in the first place.

I believe we’re all a little mad here, so I figure that would be a good point to start, don’t you think?

Real World Was a Long and Winding Road

My college course was not enough to put me on a definite career path. Due to indecisiveness of where to go next and how to hustle in the real world, I ended up in law school at the urging of my parents.

That law school chapter was a 50/50 for me – 50% awesome because I met great people who became my friends, but also 50% awful because I hated every day of it.

I’ve always been an achiever in my undergrad days, but law school stripped me of any sense of accomplishment, so it was not really a happy time. This quote perfectly describes my law school experience:

Everybody is a genius, but if you judge a fish by its ability to climb a tree, it will live its whole life believing that it is stupid.

Moving on from law school, I got a short stint as a writer for a local newspaper. It was amazing, it was life-changing, and it basically turned me from a writer who solely wrote for myself (readers be damned) into a somewhat legit writer who could write for an intended audience.

I loved that chapter of my life because it was where I met my first mentors who really urged me to be better at what I do.

I got screamed at how awful my story was, got shouted several expletives about how I let an exclusive scoop pass, asked point-blank what I was doing there at my age (most field writers are fresh graduates for a reason), and was basically told my article was trash.

Harsh, isn’t it? No shit, my first instinct was to cry but the fire she stirred in me about proving her wrong was way stronger. Looking back, I’m very thankful for that experience because she was the one who motivated me to aim higher, way higher than I probably would have, and become a better writer. Today, I tip my hat off to Miss Connie and forever grateful.

Like all good things, my newspaper stint ended and as amazing as it was, the reason was something everyone adulting in the real world is familiar – the pay was very LOW.

In fact, it was not even minimum wage. I earned $58.53 in the first two weeks of going on the field and writing at least two stories a day. After a year, it improved but it was still not enough to give me the kind of financial independence that I could rely on.

So I moved to the big city. From being a small-town girl, I took my chance and ended up in a multi-national company – but in a BPO setup. Take it for what it’s worth.

BPO is not so bad but they definitely don’t have the most stellar reputation. In my experience, they don’t look at employees as people but more like parts of a machine that has to do their job to keep everything going, regardless of any personal shit you’re going through.

Anyhoo, I got hired as a copywriter doing website copies for small to medium-sized businesses based in the US. The pay was not that high either but it was relatively stable (so I thought).

If there’s one thing I’m grateful about my BPO experience, it’s that these companies can really train you into following the rules, down to the number of seconds you’re supposed to be in already. In my case, that was even down to the double space or lack of period in a sentence I’m writing.

I was pretty contented about my work, but reality came biting when we were told that the copywriting team would be dissolved. Our choice was to stay with the company but move to a voice account and work as a call centre agent. Again, there’s nothing wrong with that but I wanted to write so I quit.

I was unemployed for a while, and it happened to be in the same month my mom was celebrating her 65th birthday and retirement. She had been planning her celebration for months (she never had a birthday party before), and I really felt awful that I could hardly help her out or buy her a gift because of my status.

Anyway, after my mom’s birthday, I got a call from a startup. Coming from someone who worked in a big company, I was very hesitant about it because I was not familiar with startups and was even more clueless about crypto and Bitcoin, which was what they asked me about.

The Descent Into the Crypto Rabbit Hole

In my second to the last interview with one of the co-founders, he told me that he would make me undergo a writing test, which was expected. I have already crammed my brain reading about Bitcoin and shutting out everything else that I was totally caught off-guard when he asked me to write about Ethereum. Like what the heck?

In hindsight, I honestly don’t understand how I was able to read all those stuff about Bitcoin but still completely in the dark about Ethereum. Anyhoo, long story short, I got hired and that jumpstarted my descent into the crypto rabbit hole.

That was in 2018 and today, I have to say I still haven’t found the light at the end of the tunnel – but it’s all good. The whole crypto/blockchain space is an endless abyss of learning and disruption and new tech and I’m all here for it – not complaining.

From being in a crypto exchange startup, I have ventured into learning and writing about the metaverse and NFTs. While at it, I’m also finding my footing in the world of STOs and tokenization of real-world assets.

It has been one hell of a ride, and it’s crazy how I ended up here from being an English major.

I’m still falling deeper into this rabbit hole, but this time, I’ll try to see if I can write about it from my own perspective once in a while. Maybe help out a few lost souls who find themselves here as well.

I guess that’s it for now. Happy Saturday. The market is bloody but stay strong. 😉

Read More: Down the Crypto Rabbit Hole: How I Got Started | HackerNoon