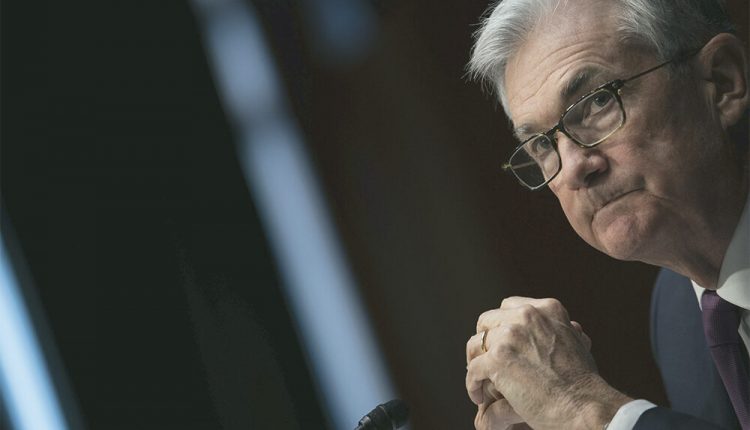 Jul 30, 2022
We want to help you make more informed decisions. Some links on this page — clearly marked — may take you to a partner website and may result in us earning a referral commission. For more information, see How We Make Money.

It’s official: The Federal Reserve is toying with the idea of issuing a U.S. digital currency.

In a long-awaited report released last week, the Fed explored the costs and benefits of a government-issued digital currency, but deferred a final decision on whether to move forward. Instead, the Fed is giving the public and other stakeholders until May 20 to share their input before taking further action.

Unlike cryptocurrencies, which are typically created within the private sector and regularly see big price swings, a central bank digital currency (CBDC) would be a digital form of cash that’s issued and backed by America’s central bank. However, whatever move the Fed makes next could “fortify cryptocurrencies or detract from their value,” according to Grant Maddox, a certified financial planner and founder of Hampton Park Financial Planning based in South Carolina. “It depends on the direction our government chooses to take,” he adds.

The Fed was clear in the report that it won’t proceed with the issuance of a CBDC “without clear support from the executive branch and from Congress, ideally in the form of a specific authorizing law.”

The Fed is attempting to be “politically savvy” as it weighs a digital dollar, says Salman Banaei, head of public policy in North America for crypto data firm Chainalysis. If the Fed had taken a clear stance on the matter, “they would have gotten a lot of political pushback,” says Banaei.

“There are two leading factors influencing the demand for crypto now: its value as an inflation hedge and its value as a risk asset,” says Banaei. “The perceived likelihood of a crypto future rises or falls based on regulatory risk too.”

Here’s what experts are saying about the report released this week, and what investors should make of it.

What Experts Are Saying About the Fed Report

Reaction: “What I was surprised by was how seriously the Fed took the notion of a CBDC. The crypto industry is excited to see that this is happening. A lot of the infrastructure that has been built to support the crypto industry could easily integrate the CBDC into existing providers. But the timeline for a CBDC is going to be far more extended — I think it’s going to take two to four years before we get another major milestone.”

Point of view: Host of the “Unchained Podcast” and author of “The Cryptopians: Idealism, Greed, Lies, and the Making of the First Big Cryptocurrency Craze”

Reaction: “It’s not surprising that the Fed would be exploring a central bank digital currency because blockchain technology, although it’s still being developed, has many advantages over our current analog systems. Plus, it could help the US dollar maintain its global reserve currency status. It already looks like China could try to leverage its digital yuan to chip away at the USD’s status as the global reserve currency. It’s also not surprising that the Fed is not ready to announce any decision, but are currently just soliciting feedback, because a central bank digital currency raises a lot of questions about security and privacy, plus has the potential to disrupt existing financial institutions.”

Reaction: “They are keeping up with the likes of China and others who have advanced in blockchain. A digital U.S. currency may allow for quicker payments to foreign allies, improving our geopolitical outlook. The move could improve monetary policy decisions by allowing for easier distribution. We join about 90 other countries reviewing this option. The addition could add additional complexity to our world markets and distract attention from the dollar.”

Point of view: CFP and Founder of Insight Financial Strategists

Reaction: “Blockchain has plenty of applications that don’t have to be a currency, so there are still plenty of things to do in the private sector. I firmly believe that no self-respecting government will give up control of its currencies to a private sector entity. Governments need to retain control of the money supply and of interest rates. Like it or not, these are major tools for managing economies. The U.S. is not the only country thinking of digitizing its currency. China is on its way, too, as are a number of other countries.”

What Does the Report Mean for Crypto Investors?

While there probably aren’t any immediate changes crypto investors should make based on the Fed report released this week, it’s a good reminder that policy makers are paying attention to how perceptions of crypto are taking shape.

“The Fed move means that people who were thinking of crypto as actual currency are going to get their bubble popped,” says Chen. “Many Bitcoin types were thinking that it is a currency and that it would replace traditional currencies. Well, not if the Fed, the European Central Bank, and other central banks have anything to say about it.”

The fundamentals of cryptocurrency investing remain the same. Experts say you should stick to the big two cryptocurrencies, Bitcoin and Ethereum, and only invest what you’re OK with losing or no more than 5% of your total portfolio. Always prioritize important aspects of your finances, such as saving for emergencies, paying off high-interest debt, and saving for retirement, ahead of cryptocurrency investments. As for where you buy and trade crypto, stick with a mainstream, high-volume cryptocurrency exchange, like Coinbase or Gemini, that proactively complies with evolving federal and state regulators.

Read More: Experts React to the Fed’s Digital Currency Report and Falling Prices for Bitcoin and

Should You Buy Value Stocks and Sell Growth Stocks in 2022? – KOAM