Is Cryptocurrency Selling Out to Centralization? 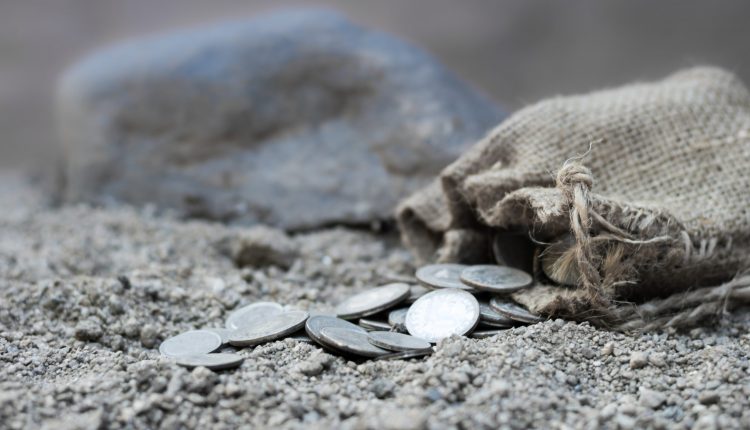 At Expensivity, Bernard Fickser, who has explained how to sell non-fungible tokens (NFTs) now offers “The Truth About Cryptocurrencies: A Clearheaded Guide to the Crypto World.” (January 15, 2022) For your convenience, we are serializing his work, which can be read in whole here. Here’s Part 5 (of 5):

5 The Centralization of Crypto Wealth

Decentralization is a watchword of crypto. One of the things said to commend cryptocurrencies is that the blockchain-based peer-to-peer networks that run them are decentralized, residing outside the control of any single authority. This claim that cryptocurrencies are decentralized in their organizational structure is overstated because the peer-to-peer networks that run them can themselves act as central authorities.

True, these peer-to-peer networks feel freer and easier than the usual authorities and trusted third parties of conventional finance, such as banks. But that’s because peer-to-peer networks are run like democracies rather than monarchies, and for now these democracies have behaved themselves reasonably well. But in democracies, it’s majority rule, and the majority can do anything it pleases, especially at the expense of the minority. We’ve seen this already with crypto’s hard forks, such as the one that split off Ethereum Classic (ETC) from Ethereum (ETH).

It’s common to picture decentralization as a graph in which many interconnected nodes all happily exchange information along communication channels, the nodes all being roughly equal in status. That picture is grossly mistaken when it comes to the peer-to-peer distributed networks that run crypto’s blockchains. Invariably, there are major nodes that control much of the network, whether directly (as with Bitcoin’s mining pools that generate most of the newly minted bitcoins) or indirectly in coordinating consensus.

But suppose we grant that cryptocurrencies are decentralized in their organizational structure. And suppose further we grant that cryptocurrencies can avoid the surveillance, lack of anonymity, and risk of confiscation that are endemic to the “trusted third parties” that for now still run most of the financial world. Even then, there’s something disconcerting about the way the actual coins that make up cryptocurrencies are distributed among crypto users. Crypto wealth is concentrated in the hands of the very very few.

The problem is so stark that one has to wonder if the constant drumbeat of decentralization among crypto’s leading lights is in fact a distraction from the centralization of money and power that has become typical of cryptocurrencies. Think back to the days before music streaming. Steve Jobs and his iPod were going to make music much more accessible and defang those money-grubbing record labels. Instead, iTunes, Spotify, and YouTube have now essentially become the record labels, rerouting most of the income from music into their own pockets. As a result, musicians are hard pressed to earn a living from recordings and instead now increasingly need to make their money by doing live shows (which technology has yet to replicate).

Cryptocurrency founders and early investors have come to seem like politicians who arrive in Washington as thoroughly middle class, but then somehow during their time in office become so financially astute that they leave office as millionaires. Only with the cryptocurrency leaders, they tend to become billionaires rather than millionaires. We already noted that Bitcoin’s founder Satoshi Nakamoto, based on the number of bitcoins that he mined, is worth tens of billions of dollars in bitcoins. Ethereum founder Vitalik Buterin cashed in much more modestly on ether, owning only about 325,000 ETH, and thus at the present price of ether is worth only in the single billions of dollars (still nothing to sneeze at).

The creation of cryptocurrencies in more recent days takes the form of initial coin offerings in which the creators tend to be a consortium of software geeks and venture capitalists. They will set up a blockchain-based cryptocurrency infrastructure, assign to themselves a certain percentage of the total coins, and then make some coins available for sale, often leaving the creation of other coins for the future. This is why, for instance, if you go to Coin Market Cap, you’ll see for every cryptocurrency listed there both the “circulating supply” (total number currently in circulation) and the “max supply” (total number that can ever exist).

Consider Zcash, which has dwindled in recent years, but still has a capitalization of over $2B (it’s currently in the top 70 of cryptocurrencies according to Coin Market Cap). Founded in 2016, Zcash was a Bitcoin knock off. Unlike Bitcoin, Zcash’s founders were not content simply to have the advantage of mining their blockchain currency from the get-go on an equal footing with everyone else. Instead, Zcash paid its early adopters 10 percent of all Zcash right up front. As explained on Zcash’s blog: “Zcash’s monetary base will be the same as Bitcoin’s — 21 million Zcash currency units (ZEC, or ⓩ) will be mined over time. 10% of that reward will be distributed to the stakeholders in the Zcash Company — founders, investors, employees, and advisors. We call this the ‘Founders Reward’.”

That was in 2016, and not much has changed since then. The concentration of crypto wealth has remained overwhelmingly in the hands of “founders, investors, employees, and advisors” of the given cryptocurrencies, along with those who made their money outside of crypto and decided to buy big into crypto.

Consider Solana. It represents perhaps the most interesting advance in blockchain technology in recent years. But presumably its founder, Anatoly Yakovenko, along with its venture capitalists, who put up $20M in start-up funds to get Solana off the ground, rewarded themselves generously with SOL. With how much exactly did they reward themselves? The ICO data don’t explain. But with Solana’s market cap at over $50B, presumably Yakovenko and his early investors are billionaires (if not, why not?).

Just to be clear, my purpose in this section is not to fault people who start a cryptocurrency from gaining for themselves a good chunk of its coins. The prime principle of capitalism is that if you create something, you should profit from it. My concern rather is with the concentration of crypto wealth and what seem to be systemic reasons for keeping it concentrated among a crypto elite so that the inequality is greater than anything we’ve come to expect from conventional finance.

Bitcoin is emblematic here of the concentration of crypto wealth and its rampant inequality. It’s become popular to use “submarine wildlife” to categorize Bitcoin investors by the number of bitcoins they own. Thus whales are those that own the largest amounts of Bitcoin, shrimp those that own the smallest amounts. Here’s one version of that taxonomy (treating 1 bitcoin as worth $60K):

Note that there are currently just under 19M bitcoins officially in circulation and that 25 percent of these are lost or otherwise inaccessible. Note also that similar taxonomies hold for other cryptocurrencies (for example, Ethereum has its own whales).

So who exactly owns the bitcoins in circulation? It’s possible to identify the Bitcoin holdings of a number of known exchanges, but in general we only know the public addresses of the Bitcoin holders and how many bitcoins are associated with each address. Bitcoin’s blockchain is a public ledger, so we can see exactly how Bitcoin wealth is distributed. BitInfoCharts makes all this data readily available. The most obvious lesson from this data is that Bitcoin wealth (and crypto wealth more generally) is incredibly concentrated, making concerns about income inequality of the US dollar pale by comparison. Consider this chart from BitInfoCharts:

This chart at once overstates and understates the concentration of Bitcoin wealth. It understates it in that the same person or organization may own multiple wallets/addresses (thus suggesting an even greater concentration). It also overstates it in that an exchange with a single wallet can hold Bitcoin for multiple users and thus distribute Bitcoin among a wider user base than is evident from simply looking at addresses (thus suggesting a lesser concentration).

But there are only a few exchanges, and to the degree that exchanges hold Bitcoin for more and more users, to that degree does the concentration…

Read More: Is Cryptocurrency Selling Out to Centralization?

Why and How Crypto Will Rule Metaverse