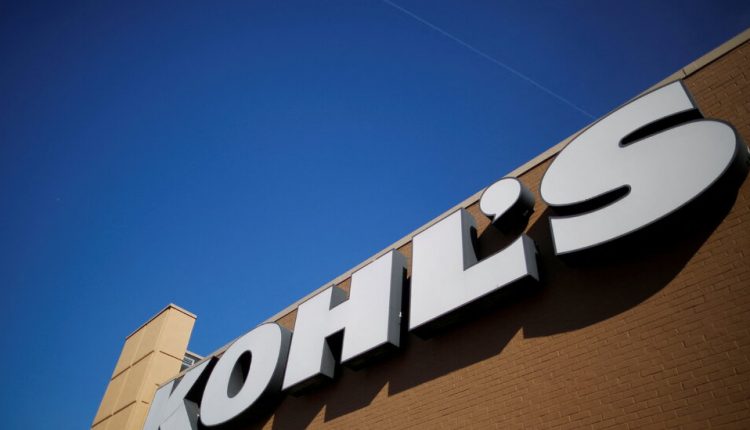 The department store Kohl’s has received a roughly $9 billion offer to go private in a deal with an investment consortium backed by the activist hedge fund Starboard Value, according to two people familiar with the matter.

The offer highlights the resurgent interest that activist investors are showing in department stores, as brick-and-mortar retailers have struggled with supply chain issues in the pandemic and increasing competition from online sites. Shares of retailers have been under pressure for the past several years, while those of online sites have, until recently, been soaring.

Kohl’s is already under pressure to improve its share price. The activist firm Macellum Advisors, which has a 5 percent stake in Kohl’s, urged the retailer in a letter last Tuesday to explore strategic alternatives, including a sale. That was after it raised similar criticisms over Kohl’s stock performance last year. The hedge fund Engine Capital has also been calling on Kohl’s to consider a sale, along with other strategic initiatives.

The quick procession of Macellum’s letter and the consortium’s offer may be the beginning of a dance to put pressure on Kohl’s to consider a sale — or otherwise quickly boost its share price. In response to Macellum’s letter, Kohl’s said this past week that it was confident in its board and would “aggressively pursue the best interests of all shareholders.”

The private equity firm Sycamore Partners has also reached out to Kohl’s about a potential deal, according to one of the people familiar with the matter, as well as a second person close to the matter. The firm is known for its acquisitions of retailers, including Staples and Belk Department Store.

Kohl’s, based in Menomonee Falls, Wis., and founded in 1962, is a department store focused on casual wear, home wares and sporting goods. Unlike other retailers like Nordstrom, Kohl’s stores are frequently found in smaller shopping centers, rather than malls. That has made its real estate more valuable as malls have fallen on hard times.

A key question will be whether the Starboard consortium will secure the necessary funds to finance the bid, particularly given challenges posed by past leveraged buyouts of retailers, like Toys “R” Us, Payless and Neiman Marcus. Those deals saddled the retailers with debt, leaving them unable to make the necessary investments as e-commerce transformed the retail landscape. All three were eventually unable to make their loan payments and filed for bankruptcy. Both Neiman Marcus and Payless emerged from bankruptcy, while Toys “R” Us ultimately liquidated.

Shares of Kohl’s have risen less than 4 percent over the past year, giving it a market capitalization of around $6.5 billion. The offer, first reported by The Wall Street Journal, would value the retailer at $64 a share, 37 percent premium to its closing price of $46.84 on Friday.

Acacia Research Corporation, which is leading the bid, has been backed by Starboard since 2019. Starboard has helped Acacia raise a “significant” amount of equity capital to fund its offer, one of the people familiar with the discussions said. Acacia has also received a letter of confidence from a bank, this person said, stating that the bank believes it can help assemble part of the debt necessary for the transaction. Acacia is also in talks with a real estate firm that would sell off part of Kohl’s real estate to help fund the bid, this person said.

All people who spoke about the matter requested anonymity because the offer is confidential. A spokeswoman for Kohl’s did not immediately respond to a request for comment.

How the Supply Chain Crisis Unfolded

The pandemic sparked the problem. The highly intricate and interconnected global supply chain is in upheaval. Much of the crisis can be traced to the outbreak of Covid-19, which triggered an economic slowdown, mass layoffs and a halt to production. Here’s what happened next:

A reduction in shipping. With fewer goods being made and fewer people with paychecks to spend at the start of the pandemic, manufacturers and shipping companies assumed that demand would drop sharply. But that proved to be a mistake, as demand for some items would surge.

Demand for protective gear spiked. In early 2020, the entire planet suddenly needed surgical masks and gowns. Most of these goods were made in China. As Chinese factories ramped up production, cargo vessels began delivering gear around the globe.

Then, a shipping container shortage. Shipping containers piled up in many parts of the world after they were emptied. The result was a shortage of containers in the one country that needed them the most: China, where factories would begin pumping out goods in record volumes

Even with financing uncertainty, the offer could put pressure on Kohl’s since Macellum has threatened to nominate directors to Kohl’s board “if the status quo persists.” Macellum criticized Kohl’s in its letter for “mismanaging the business and failing to implement necessary operational, financial and strategic improvements.” It is pressuring Kohl’s to consider carving out its e-commerce business.

Macellum struck a settlement with the retailer last April that included the addition of three new directors to its board. Shares in Kohl’s have fallen more than 20 percent since then, as supply chain challenges have snarled the industry.

“We have continued to engage with Macellum since the settlement and are disappointed with the path they have taken and the unfounded speculation in their announcement and letter,” Kohl’s said in response to Macellum.

Kohl’s has argued that its efforts to invest in its online and active wear business are underway — and getting traction. In November, it reported that its third-quarter sales had jumped 16 percent. In December 2020, it announced a partnership with Sephora to help draw more shoppers to its stores. Its active wear business, which it is working to make more inclusive to all sizes, now makes up a little more than a quarter of its sales.

Should You Buy StormX (STMX) Sunday?

Why January Is A Historic Month For Bitcoin