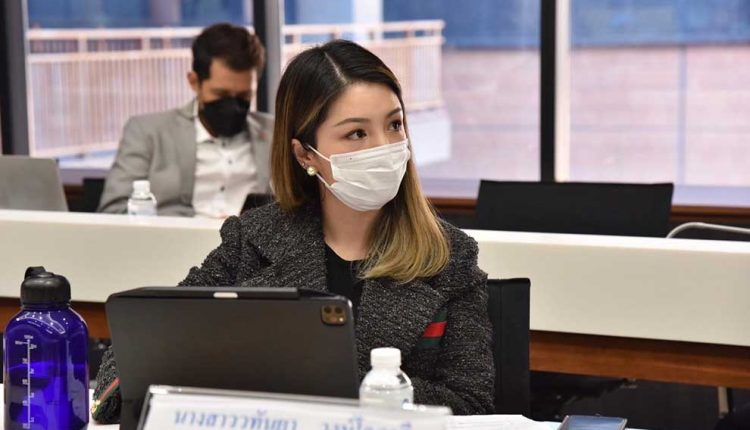 Watanya Wongopasi, a member of parliament (MP) of Thailand’s ruling Palang Pracharath Party (PPRP), has suggested that the Excise Department study every aspect carefully before imposing taxes on cryptocurrency trading and sales of stocks.

Watanya on January 19 attended a meeting of the Committee on Monetary Affairs, Finance, Financial Institutions, and Financial Market that discussed taxing stock trading and digital assets.

In a post on January 20 on her Facebook page, she summarised important discussions that took place at the meeting.

Federation of Thai Capital Market Organisations chairman Paiboon Nalinthrangkurn made the point that a tax on stock trading would decrease liquidity in the market by at least 40 per cent.

Stock Exchange of Thailand (SET) president Pakorn Peetathawatchai and SET senior executive vice-president Soraphol Tulayasathien suggested that the government raise funds for infrastructure so it could save 250 billion baht ($7.6 billion) last year. They agreed that liquidity in the Thai stock market was important to maintain the Thai economic system.

Yutthana Srisavat, the CEO and founder of iTAX, said that these proposed tax collections could not be implemented in the 2021 taxation year because investors were not prepared and had not collected the necessary evidence. He said people trade in cryptocurrency in a digital exchange, which makes it impractical to identify the buyer or seller to file taxes.

Thai Digital Asset Association president Peeradej Tanruangporn said that operators had not deployed personnel and a system to collect evidence for taxes. He said it will take at least one year to develop such a system. Also, there was the likelihood of some people faking their identities to avoid paying high taxes, which will be an obstacle for tax collection and detecting money laundering.

Thai Fintech Association president Chonladet Khemarattana suggested fair calculation of the capital gains tax, but the problem would be that a trader could use another person’s account to avoid tax. He said the industry is currently growing. He urged the department to see the impact on business growth from levying a tax.

The committee’s adviser, Prinn Panitchpakdi, suggested that the Excise Department explain to investors before imposing the tax. He asked the department to study the short-, medium-, and long-term effects. He wanted a comparative study on letting Thai operators grow which also benefits the country versus collecting the tax when operators are not ready, which would cause the industry to shrink.

Regarding the tax on stocks, the department argued that there had been no tax for 30 years and in that same period, from 1991 to 2021, the SET had grown 22 times. The department said a 0.1 per cent tax is not much. According to Asian Development Bank, 97 per cent of Financial Transaction Tax collection was from big investors or people with high revenue.

The department compared the fee and tax on brokers was 90 per cent of transaction cost, which is not high when compared to Malaysia. It cited the example of Hong Kong, which collected tax from both buyer and seller. The department thought that the cost of trading at around 0.22 per cent is lower than in some countries.

The department added that almost every country collected one of these taxes. The Philippines and Vietnam, for instance, collect both capital gains and transaction taxes. The department assured that the impact would be lower when compared to other countries.

Meanwhile, the department is discussing with the private sector about the cryptocurrency tax. They were studying and incorporating the suggestions.

Watanya said in her post that the meeting was a good starting point for every sector to present information to the Excise Department for further deliberations.

Down the Crypto Rabbit Hole: How I Got Started | HackerNoon