CDBC and Crypto in China, Russia and the US 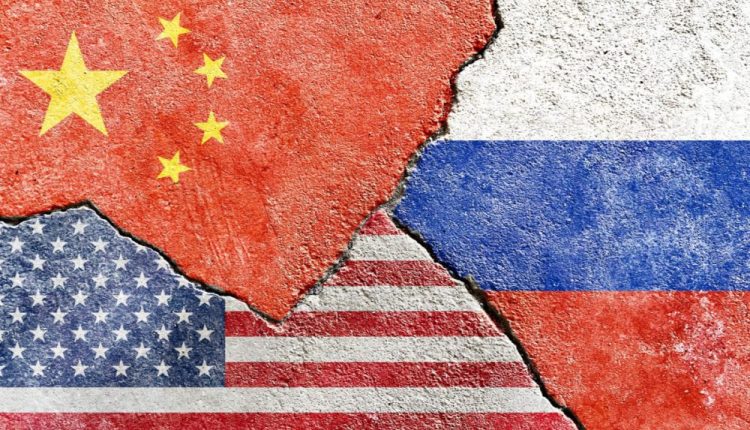 Crypto Whales Are Massively Accumulating One…

The Federal Reserve released its long-awaited working paper on the benefits and risks of creating a U.S. Central Bank Digital Currency (CBDC) last week.  In it, it was clear that the Fed didn’t want to take a position on this issue and doesn’t intend to proceed with the issuance of a CBDC without clear support from the government and from Congress.

That’s in stark contrast to both Russia and China, which seem to have very specific reasons for their views on the coexistence of CBDCs and cryptocurrencies. On the one hand, China has banned cryptos, from mining to exchanges — and the Central Bank of Russia is proposing similar restrictions, arguing that the value of cryptocurrencies is speculative, may create bubbles and is used to finance illegal activities. At the same time, the two countries have embraced the notion of a digital currency controlled by the government in an effort to digitize their economies. They see the appeal of deploying a powerful tool to monitor transactions in the country and provide valuable data for monetary policies and other purposes.

Any discussion of CBDCs begets one related to privacy, a concern that might not be as pressing for either of these countries. The People’s Bank of China already announced that it will use the concept of “managed anonymity.” Under the principle of managed anonymity, the bank advocated “anonymity for small value” and that information be “traceable for high value.” But ahead of a wider rollout, there’s no real evidence yet of how anonymity and privacy protections would fare in real-world situations. Russia is still developing its CBDC, but officials have noted that a digital ruble would ensure privacy, not anonymity. A CBDC would have the same anonymity as non-cash transactions.

China has already launched its electronic renminbi at a small scale, and it plans to use it in the next Winter Olympics. China, unlike other countries relying on open, decentralized blockchain networks, built its own centralized, closed network. This enables the government to control who has access to the network and, in theory, impose restrictions on companies if needed.

Russia is yet in early stages, but it may follow a similar path to China, taking advantages of a well-designed CBDC that provides data and control over the payment network but putting strict limits (including bans) on private stablecoins and cryptocurrencies that could threaten the financial system.

The U.S. may have a more ambitious agenda by trying to accommodate these three instruments — CBDCs, cryptocurrencies and stablecoins — in a balanced manner. Reaping the benefits of all these innovations would be the perfect outcome, but regulators and policymakers may require more time to design a regulatory environment that mitigates potential risks.

In its paper, the Federal Reserve centers part of the discussion on CBDCs in two important risks, namely, the risk of bank disintermediation and diminishing consumers’ right to privacy. For instance, if banks see their deposits reduced because consumers prefer to hold just U.S. CBDC, this could have an impact on lending, access to credit and eventually affect the financial system. Additionally, if the Fed has access to the data generated with every CBDC transaction, it may identify consumers’ habits and undermine consumers’ privacy. As a solution to mitigate these problems, the Federal Reserve suggested that a U.S. CDBC should be “intermediated.”

Read more: The Three Most Important Questions for the Fed On Its CBDC Plans

With this paper, U.S. regulators start to walk a long path to design a CBDC that achieves most of the potential benefits of a CBDC without compromising the system and while ensuring consumer’s privacy.

U.S. policymakers will have to strike the right balance not only between these goals, but also between CBDCs and cryptocurrencies to provide opportunities for the private sector and investors to develop a secure crypto space.

The U.S. may be moving towards a more comprehensive and complex digital asset regulatory system than in other countries, and the outcome is still unclear — but this consultation will provide some answers about how far regulators can go.

Read More: CDBC and Crypto in China, Russia and the US