‘I feel like it’s going to be the new currency’: University students discuss 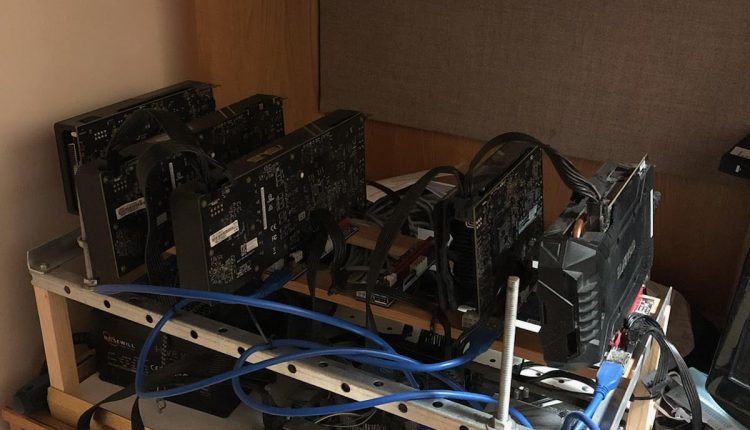 Editor’s Note: This is the first of a three-part series exploring the world of cryptocurrencies and crypto assets on the tri-campus. The next part of this series will cover Blockchain, the technology powering the crypto asset space, and questions surrounding crypto asset valuation.

Inside one Duncan Hall dorm room, a Notre Dame sophomore builds a do-it-yourself cryptocurrency mining rig. While he’s at class or sleeping in his lofted bed, the machinery is humming away to solve difficult computations and earn cryptocurrency rewards on the Ethereum network.

Mitchell Brown, along with many other University students, has taken his interest in crypto assets to the next level by putting his own money on the line. Like many of his peers, Brown sees potential profit and future potential in the space.

“In what other markets can a $5 investment turn to $500,000 in less than a year?” Brown said. “The thrill of magnificent gains, and even steeper losses, is part of the fun in cryptocurrency trading.”

When Bitcoin came to market in 2009, investors were skeptical. Some began to change their minds as this crypto coin jumped in price from less than $1 per coin to more than $60,000 per coin over the last two volatile decades.

Tri-campus students, members of a generation accustomed to near-constant digital modernizations, vary in their understanding of cryptocurrencies, but most students have heard of the big name coins, or the so-called blue chips.

While students don’t claim to have a perfect understanding of cryptocurrencies, many say these have potential to become the next big financial innovation.

“I feel like it’s going to be the new currency. I really do,” senior Skyler Hamilton said. “I feel like a lot of people are buying stocks and shares in Bitcoin, especially my friends. Now it’s even on apps like Cash App.”

Hamilton said he does not invest in crypto assets. But many of his peers do, including first-year Robert Batistich, who said he bought Bitcoin and Ethereum shares during his senior year of high school, largely because of what he calls “FOMO” — the “fear of missing out” on potential gains. When he saw the price of Bitcoin drop last year, he jumped at the chance.

Brown said he knows these coins are extremely volatile and hold little real value. He views the small-coin trades as a form of gambling, but that doesn’t stop him from having a little fun.

Somewhat more cautious about the space, University finance professors and students planning to work in crypto assets acknowledge the possibilities and uncertainties in the space.

“This has a lot of upward potential, whether that will pan out or not, I don’t know,” said Notre Dame finance professor Bill McDonald.

Those more immersed in crypto than the everyday student identify the technology behind crypto assets and its applications as the main upside, moderated by risks related to regulation and a lack of reliable valuation techniques.

Read More: ‘I feel like it’s going to be the new currency’: University students discuss

Will a non-EVM overtake compatible chains in 2022?

Flux crypto. What it does, and what is FLUX price prediction