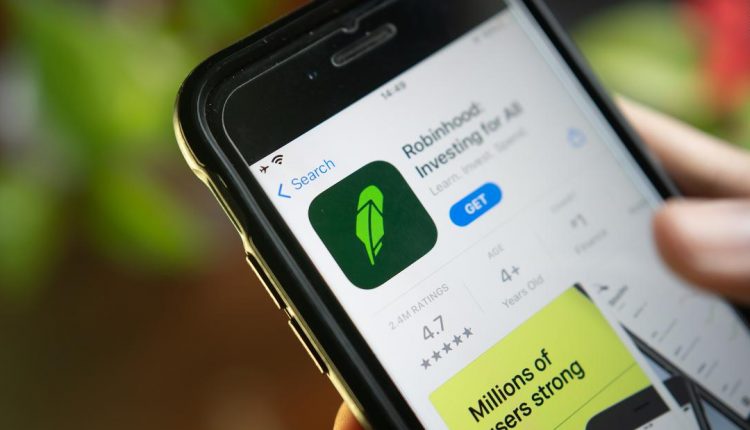 Jul 30, 2022
Robinhood ended Monday up 1% after plunging earlier along with the broader market. The stock is still down more than 25% already this year and is about 85% below its record high. Coinbase, which fell slightly Monday after plunging nearly 15% at one point, has plummeted almost 25% in 2022 and is now about 55% off its peak price.
Bitcoin prices, which did rebound slightly Monday, have dropped nearly 25% this year and are about 50% below their all-time high from November. That hurts companies like Robinhood and Coinbase, which allow traders to buy and sell bitcoin, ethereum and other digital currencies.
Shares of bitcoin miners Marathon Digital (MARA), Hive (HVBTF) and Riot Blockchain (RIOT) rallied to end the day higher in volatile trading, but each has lost nearly a third of their market value so far this year.

Coinbase is a pure-play cryptocurrency exchange while Robinhood generated about 20% of its trading revenue from crypto in the third quarter, down from 41% in the second quarter.

Other stocks with ties to cryptocurrencies, such as Square owner Block (SQ), Elon Musk’s Tesla (TSLA) and software firm MicroStrategy (MSTR), run by uber-crypto bull Michael Saylor, all fell Monday and are off to an abysmal start to 2022 as well.
But the broader market volatility is doubly bad for Robinhood, given that it is primarily known as an app for trading stocks.

Why Is Bitcoin Crashing? What About My Shiba Inu Coins?