Why Is Bitcoin Crashing? What About My Shiba Inu Coins? 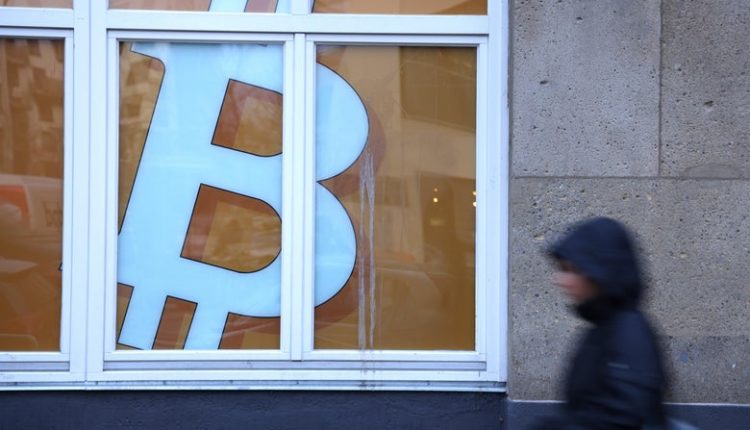 It’s been a tough few days for cryptocurrency investors, though they should be used to it by now. The months-long decline of cryptocurrencies like Bitcoin and Ethereum has been accelerating in recent days, with prices now reaching six-month lows, wiping out billions of dollars in value. Here’s what you need to know about the cryptocurrency price crash.

How bad is it?

Cryptocurrency prices have been declining since November, and investors are now going on a selling spree that is causing prices to plummet even further. Since Sunday, about $130 billion has vanished from the cryptocurrency market. Bitcoin was at about $35,000 on Monday morning, down roughly 50 percent from a record-breaking $69,000 in November, while Ether was at about $2,400, also down roughly 50 percent from a $4,670 high. (Both cryptocurrencies bounced back a bit by the end of the day.) The Shiba Inu coin, meanwhile, declined by 78 percent.

OK, sounds bad. Can you show me how bad in a chart?

Why is this happening?

It’s tough to pinpoint what exactly is behind any cryptocurrency plunge, but analysts have been floating a number of theories. The fall of Bitcoin may be only one piece of a larger story, as the stock market has also been trending downward since the beginning of the year and just had its worst week since March 2020, likely in reaction to moves from the Federal Reserve to raise interest rates and ending its stimulus program earlier than it had originally planned. (Stimulus money going into peoples’ pockets also helped to fuel the cryptocurrency boom we’ve been seeing over the course of the pandemic.) In tougher markets, investors tend to sell their riskier assets, cryptocurrency being one of them. As more traditional investors have gotten involved in cryptocurrency over the last two years, the stock and Bitcoin markets have becoming increasingly linked. The specter of forthcoming regulation could also be spooking investors, since the Biden administration is expected to release a federal strategy on cryptocurrency next month.

OK, but the little-guy investors are holding fast, right? What if this is just the Wall Street normies jumping ship?

Actually, the Wall Street Journal reports that retail investors in particular seem to be driving the drop in cryptocurrency prices, as the volume of smaller transfers declined by more than 40 percent between the first and fourth quarters of last year. MarketWatch also notes that new and short-term holders, some of whom just bought at the peak, are mainly responsible for the sell-off.

Are famous crypto boosters freaking out?

Certainly not out loud. Nayib Bukele, the president of El Salvador who made the country the first in the world to adopt Bitcoin as legal tender, announced on Friday that his government had bought another 410 Bitcoin since prices are low. Elon Musk, arguably the most powerful crypto booster, tweeted out a meme taken from the movie Interstellar on Wednesday to joke about the volatility of cryptocurrencies.

Peter Brandt, a commodity trader and prominent Bitcoin analyst, suggested sticking it out.

Nicholas Merten, CEO of the Digifox finance platform and a popular cryptocurrency YouTuber, hinted that there would soon be a good opportunity to buy more Bitcoin.

“Bear market is in, I’m closing my positions, how did this happen?”

*Smart money buys on a discount*

Obviously, it would be in the interest of anyone who owns cryptocurrency to encourage their followers to HODL.

Yes, Mayor Eric Adams announced in November that he would be converting his first three paychecks into Bitcoin and Ethereum using the cryptocurrency trading platform Coinbase. His first $5,900 paycheck came on Friday. While it’s unclear how much money he ended up with since he hasn’t publicly disclosed the proportion of Bitcoin to Ethereum, it’s certainly below what we would’ve gotten if he’d kept it in dollars. Adams was unphased by the price drop when CNN’s Dana Bash asked him how much money he’d lost and whether he had any regrets on Sunday.

CNN’s @DanaBashCNN asks NYC Mayor Eric Adams about taking his first paycheck in crypto: “How much money did you lose and do you have any regrets?”

Adams: “You buy low and hopefully you get the recovery that you desire.” pic.twitter.com/yg0cD4quvw

Does this undermine the broader crypto project at all? We’re talking literally half of Bitcoin’s value being erased.

You could argue that this is yet another example of the kind of volatility that makes it extremely difficult to use Bitcoin as a day-to-day currency, but the actual price drop that it’s experiencing now isn’t all that unusual given what we’ve seen from this and other cryptocurrencies in the past. As the Journal points out, this is the eighth time since its launch in 2009 that Bitcoin has fallen by more that 50 percent in price. The last time Bitcoin saw such a big dip was in July, when it shortly fell below $30,000, before rallying by 10 percent a week after. It remains to be seen whether prices fall any lower this time around—or how much they’ll climb back—but thus far it just seems like another rapid descent on the Bitcoin rollercoaster.

Can we talk for a second about that Matt Damon ad? Maybe it’s a problem that crypto is being marketed so these barely regulated coins to everyday consumers who may not understand their inherent risk?

While this explainer does not offer investing advice, it does feel compelled to point out that Crypto.com, the exchange behind the Damon ad, is set to air another ad promoting cryptocurrency during the Super Bowl.


Read More: Why Is Bitcoin Crashing? What About My Shiba Inu Coins?