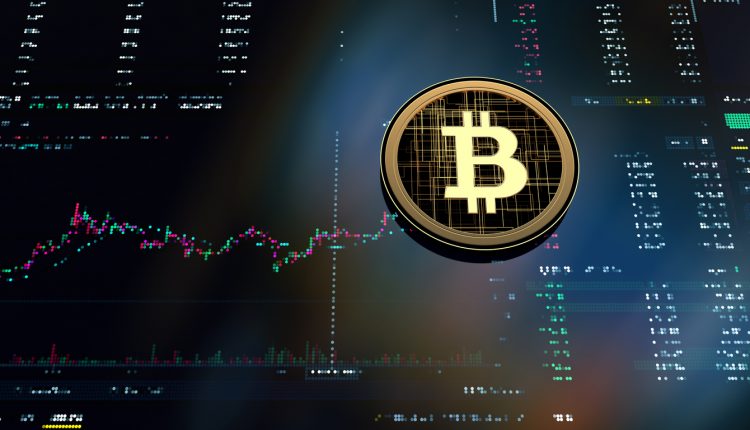 Bitcoin price this week touched $34,000 per coin, sending chills down the spines of once bullish crypto investors. But before you consider waiving the white flag and ditching your coins for good, take a look at this comparison between the top cryptocurrency by market cap and the S&P 500.

Various studies have gone into attempting to map out and potentially predict these behaviors before they appear with mixed results. Elliott Wave Principle is one such theory, created by American accountant Ralph Nelson Elliott in the 1930s, which is still in popular use today.

Related Reading | Who Is Behind The Mystery Bid That Put In The Bitcoin Bottom?

Corrective patterns in Elliott Wave mostly ditch the geometric wedges and more common traditional technical analysis shapes in favor or more complex zig-zags and flats. Regardless of the type of correction, they more often than not follow a simple A-B-C wave structure.

Bitcoin price has been noted to be in a flat correction for some time now, but as prices get lower, the type of flat is becoming more clear. Much like the S&P 500, the top cryptocurrency by market cap is spending its wave 4 correction in an expanded flat. But the fractal-like pattern could also be at the same time forecasting what comes next for crypto.

If Bitcoin price follows the same expanded flat pattern at the S&P 500 from 1999 to 2009, it would suggest that the lows set back in June and July could eventually be swept.

Just as the market begins to believe that support has been broken and a double top formation is confirmed, instead the market reverses leaving those shaken out long behind. Expanded flats are also called irregular flats due to how price exceeds both the previous high and low, but appear more commonly than other flats.

Much like Elliott Wave Principle can act like a roadmap for corrections, they can also help predict the path on the way up. Markets move in the primary direction of the trend in impulse waves. Impulse waves alternate with corrective waves, meaning that after this wave 4 correction is completed, the final leg up of the bull market will begin.

Much like the same S&P 500 fractal when zoomed out eventually lead to enormous upside, the grand finale in the crypto bull cycle could still be on the way.

Related Reading | Bounce Or Die: Why Capitulation In Bitcoin Could Still Be Ahead

Flat corrections appear most commonly within a wave 4, according to Elliott Wave Theory, giving more credence to a wave 5 on the horizon. Expanded flat targets are closer to $25,000 to $27,000 per coin, while a regular flat would fall slightly short of that target with a retest of $28,000 to $30,000.

A running flat is still a possibility at this point, in which the bottom could already be in with a touch of $34,000.

I firmly believe Elliott Wave Theory has provided us with one of two roadmaps for finding the #Bitcoin peak. To understand why, I giving you free access to the official book on the subject: https://t.co/vjV6FmmVeR pic.twitter.com/cbyrZDKtCI

Follow @TonySpilotroBTC on Twitter or join the TonyTradesBTC Telegram for exclusive daily market insights and technical analysis education. Please note: Content is educational and should not be considered investment advice.

Crypto winter is coming. Here’s what that means