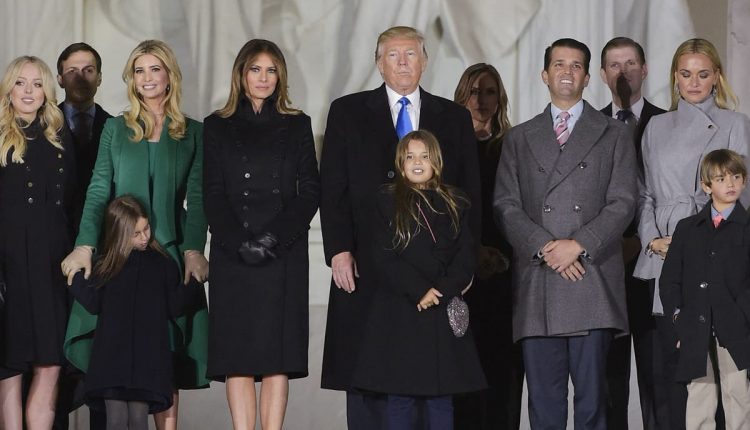 The Trump family has said that “legal action will be taken” against a cryptocurrency using their name.

Eric Trump made the threat on Monday afternoon, tweeting: “Fraud Alert: It has come to our attention that someone is promoting a crypto currency called “TrumpCoin” (Symbol “TRUMP.”) This has nothing to do with our family, we do not authorize the use and we are in no way affiliated with this group. Legal action will be taken.”

A Twitter account appearing to be operated by those behind the cryptocurrency responded to Mr Trump with a screenshot from the TrumpCoin website stating that it’s “not owned, operated, endorsed by, or otherwise affiliated with Donald J Trump, The Trump Organization … or any of his affiliates”.

“Use of the name and likeness of any candidate or officeholder is not an endorsement and in no way indicates any authorization by, affiliation with, the direction from, or endorsement by that person of any kind,” the site adds.

“We could be the currency of TruthSocial,” the Twitter account for TrumpCoin added, referencing Donald Trump’s not yet launched social media platform.

TrumpCoin is an alternative cryptocurrency, otherwise known as an altcoin or memecoin, which usually are created around a theme, such as the former president, but doesn’t have any real use, Mashable reported.

According to the TrumpCoin website, the cryptocurrency was launched in February 2016. Mr Trump officially received the Republican nomination on 19 July 2016 and later won the election on 8 November of that year.

According to crypto listing site CoinMarketCap, which has records for TrumpCoin going back to March 2016, there are 6.6 million coins currently circulating, and the value of one coin is estimated to be 26 cents. The market cap is listed as just over $1.7m.

On Tuesday, TrumpCoin tweeted that they are “currently in direct communication with” Eric Trump, adding that they’re “using this opportunity to bring clarity to our purpose as a cryptocurrency”.

“We want to assure anyone looking at this that we are not ‘frauds.’ We trade openly and freely on many cryptocurrency exchanges listed on our website,” they added.

The TrumpCoin account tweeted that the cryptocurrency was “created before Donald Trump won the 2016 election. We ask Eric Trump to continue direct communication with us so he can understand our background and introduce the Trump Organization to the army of supporters waiting for this moment of recognition”.

They said that they’re “optimistic that the language surrounding who we are will soften and we can stand firm knowing our great community can survive friendly fire,” adding that the coin is “globally accepted where freedom still exists”.

Another MAGA-movement cryptocurrency, LGBcoin, was recently rejected by NASCAR after it offered a sponsorship deal to driver Brandon Brown. LGB stands for “Let’s Go, Brandon,” which has become code among Trump supporters for “f**k Joe Biden”.

LCX Crypto Investors, Mark Your Calendars for a Jan. 27 Catalyst