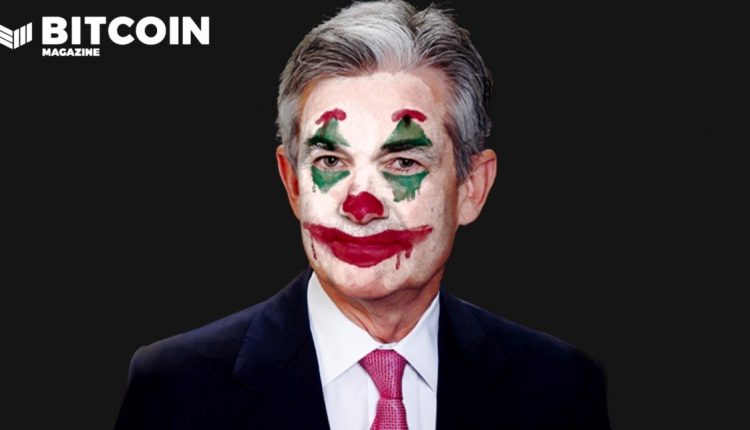 Bitcoin spiked towards $39,000 right after the release of the Federal Open Market Committee’s statement declaring interest rates would remain unchanged but quickly retraced back down to trade in neutral territory as Federal Reserve Chair Jerome Powell went live in a press conference to address the future of U.S. monetary policy.

Powell reiterated that the committee is focused on maintaining a strong labor market and curbing inflationary pressures, the two main drivers of the FOMC’s monetary policies. Inflation has run rampant over the past year as supply and demand imbalances and increased liquidity in the market have led prices to sustain well above the committee’s target of averaging 2% over the long run.

Despite a “very, very strong” labor market, Powell said inflationary pressures have been keeping the Fed alert as they try to contain prices. Powell added how inflation has been higher than its target and for a longer period than anticipated, prompting a likely more hawkish set of policies to come.

Powell said the committee hasn’t yet decided on the pace or level the hikes in interest rates will take, something he said is likely to be discussed in more depth in the next meeting in March, but highlighted that the focus of monetary policy this year is to curb inflation even if it means slowing growth down. The Fed chair reassured that the labor market is expected to remain strong even after the employment of tighter monetary policies.

When asked if the Fed and the committee are worried about the harsher effect inflation has on lower-income households, Powell responded that inflation hurts all Americans, regardless of their income, but acknowledged that those living paycheck to paycheck may be hit harder as their purchases are more directed towards basic necessities for which prices are skyrocketing.

“Everything we do is in service to the public good,” Powell said.

U.S. citizens for the past couple of years have heard Powell reassure them that the central bank is doing everything they can to ensure a prosperous economy and labor market, however, they haven’t seen much results. Inflation rates have soared to 40-year highs as the Fed blames supply-side constraints for a sustained rise in prices while employing highly accommodative policies to increase liquidity in the market. An inability to effectively curb inflationary pressures have led some Americans to rethink their trust in their central bank and its power to ensure a healthy economy, a narrative that Powell plugs into at every meeting.

Bitcoin offers anyone the means to opt-out of a broken financial system engineered by central banks that most often than not doesn’t ensure the people’s best interests as it is plagued by irresponsible credit expansion and superficial growth. Unexpected inefficiencies in the supply side surely play their part, but that’s only one part of the equation. Bitcoin is the only lifeboat available to escape a system that has failed time and again to protect the purchasing power of the people and promote a well-functioning economy.

“We don’t really know how this is gonna go,” Powell said, referring to the committee’s monetary policy intentions and its unpredictable results by the end of the livestream.