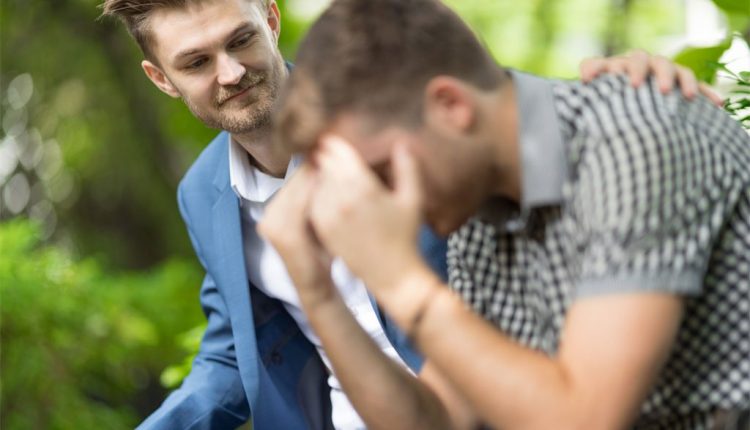 A middle-class bloke in a Politix suit who is largely devoid of any real personality has provided comfort to a friend this afternoon who is currently going through his first traumatic market correction.

As the world markets and cryptocurrency exchanges continue to both freefall and burn out of control, seasoned digital asset investor Sam Rayford explained to his pal Mike that this is just the first of many highs and lows he will enjoy as an investor.

“I told him that this little ‘correction’ is nothing compared to what happened when this ‘so-called’ pandemic first came about,” chuckled Sam.

Sam still lives at home, as a 30-year-old, because his parents have a really nice house in Betoota Grove and they don’t want him paying off someone else’s mortgage when he could just live at home with almost zero overheads and expenses so one day he can buy a house and have some poor cunt pat his mortgage.

Much the same can be said about Mike, who is cut from the same cloth as Sam but his parent’s money is much younger. Which, in his words, makes him much more open to risk than Sam.

Mike explained to The Advocate that despite only starting his journey as an investor less than 12 months ago, his diverse portfolio of exchange-traded funds and lithium miners has been all red for weeks.

“So has my crypto, I can’t believe how much money I’ve lost,” said Mike.

But as Sam rubbed his back and playfully punched him, he told our reporter that he was still up quite a bit.

“He’s still up 5 bags on AfterPay or Block or whatever it’s called now.”