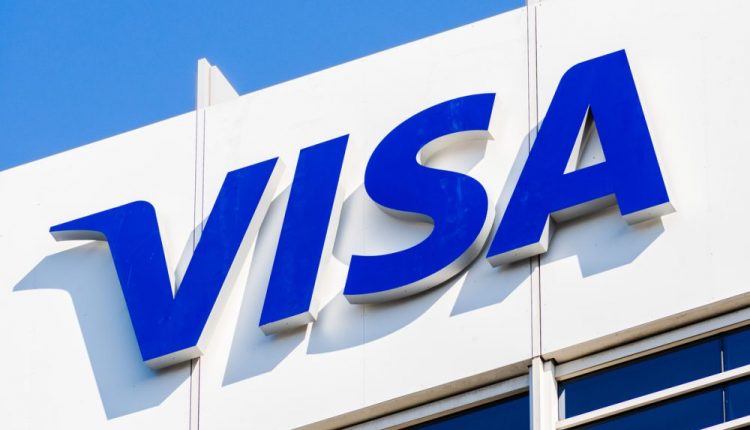 Payment network Visa showed resilience in cross-border spend, and tap-to-pay gaining in key markets.  Along the way, consumer spending on debit and credit cards has continued into the current quarter.

As for the numbers the Street had and has been watching, Visa’s adjusted fiscal first-quarter earnings came in at $1.81, 11 cents better than the Street.

The consolidated top line of $7.1 billion was up almost 24%, and beat consensus by about $270 million.

As for cryptos, management noted on the call that there are over 65 crypto platforms and exchanges that are partnered to issue Visa credentials. This quarter, per Visa stats, Visa credentials and crypto wallets had more than two and a half billion in payments volume, which is already 70% of the crypto-0-related payments volume for all of fiscal 2021.

Said Kelly on the call: “In addition to embedding credentials and crypto platforms, we continue to innovate around our settlement and crypto API capabilities, which have been key differentiators for us.”

Elsewhere, according to commentary on the call, Visa installment shows promise and enables financial institution clients to seamlessly offer BNPL through existing credentials on any Visa transaction.

Visa Chief Financial Officer Vasant Prabhu said, “we had a very sharp recovery in cross-border travel in October and in November as much of the globe … moved to reopen borders or announced timetables to open borders and lifted restrictions.”

Overall card present spend, said the CFO, was up 25% in the quarter, measured year over year and 17% above 2019’s levels, driven by retail and entertainment spending.  Ecommerce spending was up double-digit percentages in the quarter, and 40% above 2019’s levels. As consumer engagement continues to grow cross border travel-related spending, excluding intra Europe, grew 102% year over year and was 72% of 2019 levels, Prabhu said. Commercial B2B payment volumes gained 28% year over year, up 26% over 2019.

Looking beyond the quarter that was just reported, management said on the call that U.S. payments volume was up 13% with debit up 4% and credit up 25% (boosted in part by stimulus payments). January spend growth versus 2019 was up 40% with debit up the robust 52% and credit up 29%. Card not present non-travel growth remains strong at 67% about 2019 up 17 points from the first quarter.

Looking ahead, Kelly said on the call, “sustained longer term opportunities” will come from eCommerce adoption, which he said will stick, and from the continued displacement of cash.  Visa Direct and B2B Connect offer potential within B2B.

“There are a good number of levers that we can push that provide  terrific growth for us going forward,” Kelly said on the call.

NEW PYMNTS DATA: 70% OF BNPL USERS WOULD USE BANK INSTALLMENT OPTIONS, IF AVAILABLE

About: Seventy percent of BNPL users say they’d rather use installment plans offered by their banks — if only they were made available. PYMNTS’ Banking On Buy Now, Pay Later: Installment Payments And FIs’ Untapped Opportunity, surveyed more than 2,200 U.S. consumers to better understand how consumers view banks as BNPL providers in a sea of BNPL pure-plays.