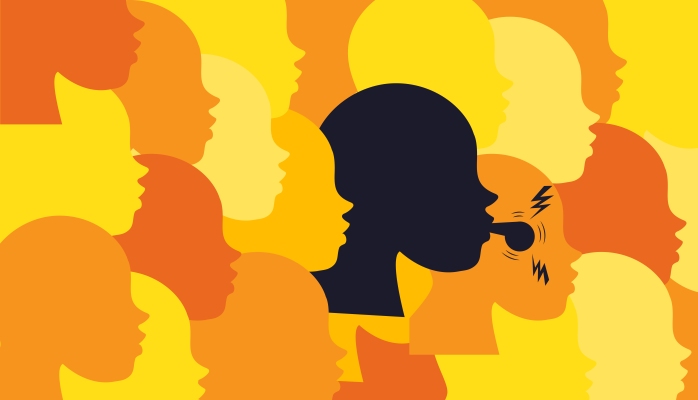 Alexis Ronickher is a partner at Katz, Marshall & Banks LLP, a whistleblower and civil rights law firm in Washington, D.C. She specialized in representing whistleblowers.

Regulation-free crypto is history. In response to rampant crypto fraud and the incredible growth of regulation-skirting decentralized finance (DeFi), U.S. regulators are set to take unprecedented action against the cryptocurrency industry.

This regulatory shift tracks the United States’ historical pattern for regulating finance — oscillating between greater and lesser regulation depending on whether the desire for more freedom is stronger than the fear of financial instability or vice versa.

While free-market crypto-enthusiasts may despair, there may be significant benefits for those willing to cooperate. If insiders speak up about the illegal activity and abuses they see, they can ensure that their companies succeed while regulators target other bad actors.

From the beginning, our founders fiercely contested the need for federal regulation of the financial system, a debate that centered around the chartering of a national bank. Andrew Jackson ultimately abolished the national bank in favor of a decentralized banking system, which then led to what has become known as the Free Banking Era, “wildcat” banks and decades of financial instability, which ended with Abraham Lincoln’s crypto fraud

More recently, starting around 1980, a wave of deregulation led to financial innovation and consolidation but also created financial instability in the form of the slow-burning Savings and Loan Crisis of the late 1980s and early 1990s. With this trend of deregulation culminating in the Great Recession of 2007-2008, the pendulum swung back to greater regulation with the passage of the Dodd-Frank Wall Street Reform and Consumer Protection Act.

Crypto whistleblowers can help their industry level the playing field by raising the alarm early.

This same regulatory pattern is playing out within the cryptocurrency industry, which until recently faced little regulation. Lawmakers – concerned about chronic anti-money laundering and “know your customer” (AML/KYC) failures that had given the crypto industry a reputation as a haven for drug dealers, tax-dodgers and terrorist financiers – amended the Bank Secrecy Act to explicitly cover cryptocurrencies.

U.S. Securities and Exchange Commission Chairman Gary Gensler recently compared the crypto revolution to a new era of wildcat banking, and the SEC has taken the position that many cryptocurrencies or cryptocurrency-adjacent products are securities, most famously in its lawsuit against Ripple. Former Commodities Futures Trading Commission Commissioner Dan Berkowitz – now general counsel of the SEC – believes DeFi may be entirely illegal, and the Department of Treasury recommended that Congress prohibit non-banks from issuing stablecoins, a class of cryptocurrency that is backed by a reserve asset in an effort to offer price stability.

Even the states are participating, with state attorneys general taking action against companies like NEXO, Celsius and BlockFi for failing to register in the state before offering or selling securities or commodities. Clearly, cryptocurrency’s time free from regulatory oversight has ended.

Whistleblowers can guide regulation and compliance

While the industry frets over this counterrevolution of sorts, crypto insiders who report fraud and illegal activity to the government could see significant upside. Regulators, such as the SEC, the CFTC, the Financial Crimes Enforcement Network, and the Internal Revenue Service, need whistleblowers who can provide an inside look at the operations of a company or industry segment, helping regulators identify fraud and illegal activities well before wrongdoers irreparably injure investors, customers and the public.

Information from insiders can also help regulators target their enforcement actions and rulemaking to address the worst actors in the space, which can help prevent regulators from unnecessarily quashing innovative and valuable aspects of the cryptocurrency industry.

In exchange for this information, whistleblowers can earn awards under various federal whistleblower rewards programs, provided the whistleblower properly filed a tip that contributed to a qualifying enforcement action.

In the case of the SEC and CFTC programs, and now the newly enhanced AML whistleblower program, a whistleblower can receive an award of up to 30% of an enforcement action of more than $1 million. These programs also allow whistleblowers to shield their identity by filing tips anonymously through an attorney.

But whistleblowers do not only aid the government. Whistleblowers can help companies stay out of regulatory crosshairs by anticipating regulatory trends and future enforcement actions. Many employees are well-positioned to sound the alarm and let decision-makers know that changes need to be made. A whistleblower can head off potential issues, pointing out that the company should ask regulators for No Action Letters – effectively asking a regulator to bless a particular product or course of action – or suggesting restructuring a transaction or product in such a way that it is less likely to implicate regulations.

Even for companies already engaged in potentially illegal activity, a whistleblower may have the best sense of how to correct course or how to approach regulators about remediating the company’s actions.

Being a whistleblower can be a terrifying prospect given the prevalence of retaliation. Retaliation can take many forms, ranging from a hostile work environment to termination.

Federal and state laws, including the Sarbanes-Oxley Act, the Dodd-Frank Act and the Anti-Money Laundering Act of 2020, can protect whistleblowers against retaliation. While the remedies under the various whistleblower statutes vary, they are designed to put the retaliated-against employee in the same position as if the retaliation had not occurred.

To be afforded these protections, however, an employee must blow the whistle in a way that is protected. A whistleblower need not prove an actual violation of law or even have been correct that fraud or illegal activity happened at all. Rather, in order to encourage employees to come forward with concerns, these laws generally protect whistleblowers from retaliation if they hold a “reasonable belief,” that is, that they can show “that a reasonable person in the same factual circumstances with the same training and experience would believe that the employer violated” the law.

As the many large corporate whistleblower jury verdicts have demonstrated over the last decade, a retaliating employer can find itself liable for substantial sums of money. Given the complexity of whistleblower retaliation law, however, an employee thinking of blowing the whistle should seek legal advice.

Whistleblowers to the rescue

The cryptocurrency industry has a steep learning curve ahead of it. Traditional financial institutions have spent decades accommodating and complying with regulation, while crypto has thus far operated with little regard for compliance.

Crypto whistleblowers can help their industry level the playing field by raising the alarm early. By taking the concerns of their whistleblowers seriously, companies in the crypto industry can head off the inevitable barrage of enforcement actions they are soon to face and save themselves time, money and heartache.

A Guide to the Crypto Market Pullback From Bitwise | ETF Trends