Will the Crypto Crash Affect GPU Prices and Availability? 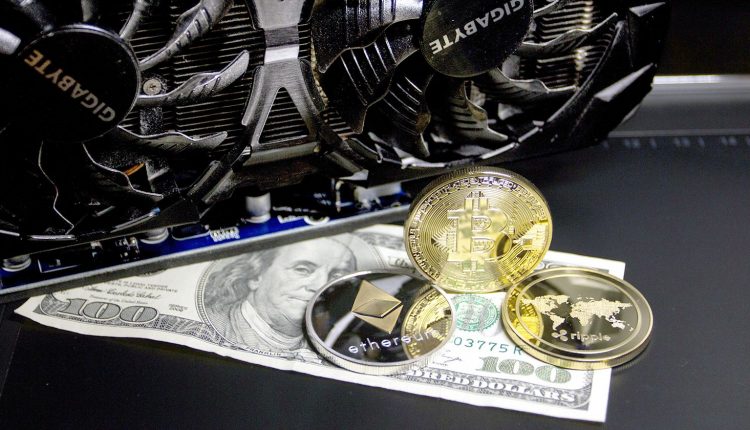 If you’ve been following crypto news, you’ll have heard about the price crash for many major coins, including Bitcoin and Ethereum. This fall in value has led several miners to start selling their equipment—mainly GPUs—as the operational cost no longer makes sense at crypto’s reduced price.

Does this news mean there will be a glut of GPUs on the market? Can we now buy GPUs from our favorite retail stores at or near MSRP? Let’s examine the recent event’s impact on the PC hardware market.

What Caused GPU Prices to Skyrocket?

Two of the main factors that drive prices are supply and demand. The 2020 global pandemic hit chip manufacturers hard, especially in China where many operate. As the virus spread, ports and shipping lanes around the world jammed, as countries closed borders to stop the sickness from entering.

With the pandemic in full swing, governments enforced lockdowns, causing businesses to shutter and forcing many to work at home. As the year went by, many people discovered that mining crypto, especially Bitcoin and Ethereum, could be lucrative.

This caused prices to skyrocket from around $6,000 in March 2020 to more than $55,000 just one year later. The near ten-fold increase further increased cryto hype which, unfortunately, relied on GPUs for processing.

Related: The Top Crypto Exchanges With the Lowest Fees

A lack of supply has caused GPU prices to increase. Increased demand contributed to the increase, leading to empty shelves, scalpers, and high online prices.

MAKEUSEOF VIDEO OF THE DAY

Just two months after reaching its all-time high of $60,000 in November 2021, Bitcoin fell to a little over half at $36,000. This caused miners who weren’t too invested in the system, or those with higher electrical costs, to quit mining. After all, if the value of the coin you’re mining falls below a threshold, the dollar amount you receive can’t cover your operational cost.

Due to the lower demand for miners, GPU prices have begun to ease up nationwide. Some stores reported a five to ten percent decrease in MSRP. You can even find several used GPUs online at much more reasonable prices.

However, even at these lower prices, the retail price of most video cards is still 50 to 100% greater than the MSRP.

Although prices remain high, you should now be able to find and purchase brand-new cards online and in physical stores. Popular PC part supplier Newegg lists 810 Nvidia GeForce RTX 30 series models on their site, of which 587 are in stock. They also list 431 AMD Radeon RX 6000 series cards, of which 308 are available.

Micro Center also has several GeForce RTX 30 series and RX 6000 series video cards available nationwide. However, you cannot purchase any of them online, which is possibly a move to protect consumers from opportunistic scalpers.

The slow reopening of the global economy has allowed global chip manufacturers to increase their output. There’s no doubt this has affected GPU availability, but the crypto crash certainly helped the process along the way.

Should You Buy a GPU Now?

The crypto crash, the ease in global restrictions, and increased manufacturer output are slowly alleviating the GPU crunch. If no other international incidents happen, we can look forward to the video card supply finally normalizing and hitting an equilibrium.

If you absolutely must have a GPU, you’re in luck as you don’t have to spend too much to get one. But if it’s not your immediate need, you can wait a little bit longer until prices drop to something a bit more reasonable.

7 Reasons Why Laptop Gaming Is Taking Over From Desktop Gaming

Gaming on a laptop is becoming more and more popular, with several good reasons why. Here they are.

Jowi is a writer, a career coach, and a pilot. He developed a love for anything PC ever since his father bought a desktop computer when he was 5 years old. From then on, he has been using and maximizing technology in every aspect of his life.

Explained: What does money look like in the metaverse?