The Promise of DAOs, the Latest Craze in Crypto 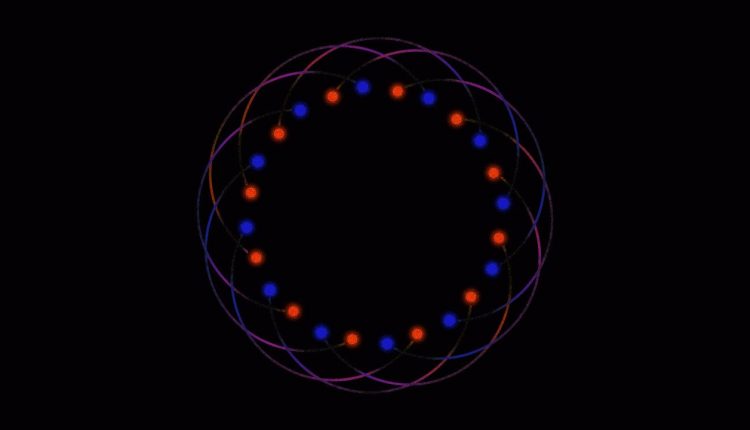 In November, an online collective called Spice DAO bought a copy of a “director’s bible” for Alejandro Jodorowsky’s “Dune,” the nineteen-seventies film adaptation that famously failed to come to fruition. The group paid nearly three million dollars at auction, about a hundred times the book’s estimated price. DAO, which stands for “decentralized autonomous organization” (and is pronounced “dao”), is an increasingly popular term, in the world of cryptocurrency, for a bunch of people who have pooled funds to accomplish a particular task. They are “digital flash mobs with money,” as Raihan Anwar, a manager of a DAO called Friends with Benefits (F.W.B.), told me, and in recent months they have rivalled non-fungible tokens, or N.F.T.s, as the most hyped concept in blockchain technology. Spice DAO had launched its own cryptocurrency token, called SPICE (a reference to the mystical substance in “Dune” ’s sci-fi universe), and sold it to raise more than seven hundred thousand dollars to purchase the book. The rest of the price was personally fronted by the DAO’s co-founder Soban Saqib. The group’s plan was to produce its own version of the film, with creative decisions voted on by the token’s holders. There was only one problem: owning a single copy of a vintage art book is in no way equivalent to possessing the intellectual property of “Dune.” The DAO members had no more license to produce a version of Jodorowsky’s film than they had to make the next Marvel superhero movie.

Spice DAO’s half-baked undertaking is just one of the recent stories that have been touted as evidence of the crypto economy’s recklessness. In November, a group called ConstitutionDAO raised forty-seven million dollars in cryptocurrency to bid on one of thirteen extant original copies of the United States Constitution—and then lost the auction to Ken Griffin, the C.E.O. of Citadel. Other DAOs have announced plans to buy a golf course (LinksDAO) and an N.B.A. team (the Krause House DAO); one, called CityDAO, purchased land in Wyoming. But these sensational stories give only a partial picture of the burgeoning DAO phenomenon. A DAO, by definition, is simply a business structure, akin to an L.L.C. or a C-corp. They are usually made up of a custom cryptocurrency, or token, and an online community space, such as a chat room on the platform Discord. The community holds internal discussions and then votes on decisions using the token, on apps such as Snapshot, the way one might slip a piece of paper into a cardboard box to elect a class president. The more funding you put in, the more slips of paper you get. DAOs promise that an organization’s decision-making will lie with a wide group of members rather than with, say, the tiny élite of a corporate board. In quieter corners of the Internet, this structure has shown promise, forging an ecosystem for digital startups outside Silicon Valley.

The history of DAOs began ignominiously, in April of 2016, when an organization called The DAO launched and raised roughly a hundred and fifty million dollars worth of Ethereum currency in exchange for a token called DAO. The DAO’s goal was to act as an investment firm, redistributing the funds to lucrative companies and projects, with the organization’s tokens representing votes on where to invest. Profits would theoretically flow back to token holders, similar to stock dividends–but outside of the regulated marketplace. But, in June, 2016, The Dao imploded when hackers siphoned away about a third of its funds, and the following year the S.E.C. released an investigation finding that crypto tokens like The DAO’s should likely face the same regulations as securities.

“A year and a half ago, I had this thought that we should reboot The DAO in a way that would comply with U.S. law,” Aaron Wright, a law professor and a co-founder of the company Tribute Labs, told me. Tribute supports a network of DAOs such as Flamingo, which collects N.F.T. art, and Neon, which invests in metaverse assets, including digital fashion pieces and avatars. All members of Tribute’s network of DAOs are accredited investors, and the tokens are only transferrable to other members. Together, Tribute’s network of D.A.O.s have collected around a hundred and ten million dollars in Ether. DAO supporters argue that such groups allow amateurs to participate in organized venture investing. “We’re kind of witnessing this hive mind emerge—not the wisdom of crowds but the wisdom of a smaller, curated crowd with skin in the game,” Wright told me. He believes that DAO capital could supplant the likes of tech venture-capital firms, music executives, or Hollywood producers to fund new projects—such as companies, albums, or blockbuster films.

A separate subset of DAOs is less interested in attracting investors with excess capital than digital workers with time and energy to spare. F.W.B., for instance, is an online community driven by a currency of the same name, which functions as something of a digital V.I.P. lounge for creatives. In order to join, you have to buy the token. Members chat on Discord, participate in physical meetups, and develop projects together, such as a crypto-ticketing app or a new beverage. The result is a kind of decentralized brand identity. Holders vote on ratifying codes of conduct, approving monthly budgets, and collaborating with other companies. Because the blockchain records are transparent, the results of every vote are public. (A newsletter that I started now uses a DAO to decide which articles to commission, as an experiment in editorial democracy.) Anwar, who is F.W.B.’s head of “community and culture,” described the group as a “creative incubator,” and joining it as “almost like rushing for a frat.” If that sounds a bit vague, it might be a consequence of the ethos of decentralization: it’s hard to stick to one mission when no one person is making decisions.

Vitalik Buterin, a co-creator of Ethereum, said, in a recent interview, “You can’t just have a DAO to be a DAO. You need a DAO to do something.” But the ultimate achievement of a DAO like F.W.B. is the community itself, which comes with its own set of challenges. Sarah Moosvi is a co-founder of aGENDAdao, a group that supports trans and nonbinary digital artists working with blockchain. She told me that the decentralized model is in some ways “just as flawed as” as traditional corporate structures. DAOs, in theory, have no bosses, but the organizations must still decide who gets rewarded for the work that goes into them—“sweat equity,” as Moosvi put it. If rewards largely happen via the internal token, akin to a company paying scrip, it can only support those who don’t need immediate financial compensation.

Several larger startups have begun experimenting with DAO governance. Last August, the N.F.T. marketplace SuperRare sent its users tokens proportional to the volume of their transactions on the platform. (Imagine if Twitter rewarded a form of stock based on your accumulated retweets.) The token was used to pick which users could open new storefronts on the platform. Other crypto companies—such as Uniswap, a cryptocurrency exchange, and Ethereum Name Service, which offers the domain name .eth—have created their own governance tokens for users. The philosophy from the user standpoint, Moosvi said, is that “I, by transacting on your platform and having you take a percentage of my activity, expect some remuneration for that.” Theoretically, these governance tokens are not meant to be financial instruments, like company shares, but that hasn’t stopped many users from making windfalls on the secondary market.

For the moment, DAO tokens have more symbolic weight than actual authority; most remain concerned with moving digital assets around. Some, though, are interested in translating crypto’s Internet utopianism into the real world. Cabin, for instance, is a DAO started outside Austin, Texas, to manage a set of homes. The group’s co-founder Jonathan Hillis had previously left a job at Instacart and built a house in the countryside. He brought friends to stay there, and they had the idea to start a residency program for other tech creators. “We didn’t intend to be a DAO. The DAO tools were the best tools to accomplish what we were trying to accomplish,” Hillis told me.

The group created a token, which it sold to crowdfund a budget, and allowed the token holders to vote on who would be granted residencies. One attendee, Julian Weisser, later helped create ConstitutionDAO while staying at the cabin. There are now around two hundred and eighty token holders able to vote on Cabin’s future. Hillis described the organization as a “decentralized city,” aiming to build spaces around the world and connect them through digital tools. It now has subgroup “guilds” working on different parts of that mission. Similar to many DAOs, Cabin still looks like a bit of a fantasy—an emergent community in search of an outlet for its exploding energy. With any technology, Hillis said, “eventually the infrastructure becomes invisible.” Ultimately, the DAO framework matters less than what an organization actually accomplishes.

Read More: The Promise of DAOs, the Latest Craze in Crypto

Why Cardano’s Cryptocurrency Is Plummeting This Week

The Development of a Bank Regulatory Framework for Fintech and Digital Assets: OCC’s