What is Etherscan, and how does it work? 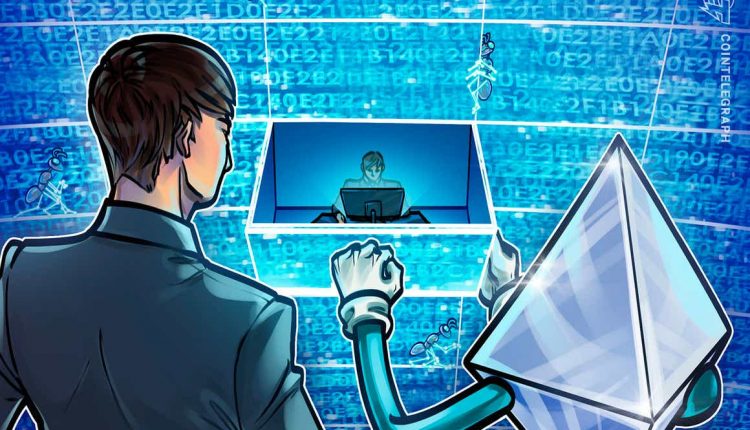 Etherscan is the most trusted tool for navigating through all the public data on the Ethereum blockchain and is sometimes called “Ethplorer.” This data includes transaction data, wallet addresses, smart contracts and much more. The application is self-contained and is neither sponsored nor administered by the Ethereum Foundation, which is a non-profit organization.

The team behind Etherscan includes seasoned developers and industry professionals, who developed the Etherscan app to make the Ethereum blockchain more accessible to everyday users.

Although Etherscan is a centralized platform, the app does make it easier for people to search through the Ethereum blockchain.

Is Etherscan a wallet?

Etherscan is not an Ethereum wallet, nor is it a wallet service provider. Users don’t receive an Etherscan wallet when they search the Ethereum blockchain on Etherscan.

Etherscan.io is an independent Ethereum-based block explorer. The Etherscan app keeps track of blockchain transactions on the Ethereum network. The app then displays the results like a search engine.

This allows users to find the details of transactions on the Ethereum blockchain, which may give someone peace of mind if their transferred funds have not yet appeared in their wallet.

While Etherscan can track the activity on an Ethereum wallet address, users will need to link the app to an existing crypto wallet to do so.

You may wonder — Is Etherscan free to use? Yes, Etherscan is completely free.

What is Etherscan used for?

Etherscan allows users to view the assets held on any public Ethereum wallet address. Using Etherscan, enter any Ethereum address into the search box to see the current balance and transaction history of the wallet under consideration. Etherscan will also display any gas fees and smart contracts involving that address.

Users can use Etherscan to:

Users can view any transaction of the Ethereum blockchain on Etherscan. These transactions include failed and pending transactions.

Etherscan can also keep track of the progress of an incoming transfer. One way to track a transaction using Etherscan is to look it up on Etherscan.io using its hash key. The hash provides users with an estimate of how long the transaction will take to confirm. The page refreshes once the transaction is complete.

Etherscan also works as an analytics platform. Anyone can use Etherscan to analyze on-chain metrics like changes to Ether (ETH) gas costs, as well as keep track of their portfolio and monitor their transaction history for suspicious activity.

Only information that is public on the Ethereum blockchain is displayed on Etherscan, so information like a user’s private keys can’t be viewed on the app. Etherscan doesn’t store any private keys and is not involved in any of the transactions shown. The app also cannot be used to solve a transaction failure.

Users are not required to sign up for an account before using the Etherscan app. However, signing up for an Etherscan account does give users access to additional features. These features include the ability to track addresses and receive notifications whenever a transaction occurs. Developers may also sign up to gain free access to Etherscan’s blockchain explorer data and application programming interfaces (APIs).

Thus, users with accounts can add their addresses to the “watch list” on the block explorer to monitor or track their investments. Users can also set alerts so that they’re notified of every incoming transaction via email. Etherscan also provides API services for developers so that they can create decentralized applications.

Etherscan provides the following information for all incoming and outgoing transactions:

How does Etherscan work?

To use Etherscan, simply enter any public Ethereum wallet address into the search field at the top of the Etherscan.io homepage. Doing so will allow users to view all the transactions associated with that address.

Viewing a transaction and wallet on Etherscan

Exploring a wallet address on Etherscan under the “Transactions” tab will show a list of all ETH transactions (Txns), or transactions that have used gas (Gwei) associated with that specific wallet.

Type the wallet address on Etherscan’s homepage and click “Search” to be redirected to a page that displays all of that wallet’s information. The data will include its ETH balance and its value denominated in United States dollar, as well as an overview of the wallet’s transaction history.

The block height refers to the block in which the transaction was included. The sender and recipient addresses and the total transaction fee are shown as well.

To explore and track a single transaction, users will need the transaction hash or transaction ID, or TxHash. A TxHash is a unique string of numbers that identifies a transaction on the blockchain.

When users input the TxHash into the Etherscan search bar, a list of information on that transaction will be populated on the page. From here, users can go to the Transactions tab to review additional information about the said transaction. Such data includes whether the transaction status was successful, pending or failed, as well as the total amount that was transferred.

How to use the Etherscan gas tracker?

“Gas” refers to the transaction fee associated with a transaction to be executed successfully on the Ethereum blockchain. Transaction costs on Ethereum are referred to as gas fees.

Ethereum’s network can get highly congested. When a considerable amount of traffic is running on Ethereum’s blockchain due to Ethereum’s auction-based model, the average gas price goes up as users compete against one another and bid to have their transactions included in the next block. Consequently, transactions are delayed and some transactions fail.

Gas prices vary depending on the block that the user transaction has been included in, as well as the degree of network congestion. Moreover, users may not be able to discern an accurate estimate of the gas fees they’ll be required to pay before initiating a transaction.

The Etherscan gas tracker functions as an ETH gas calculator. It examines pending transactions on the Ethereum blockchain to determine how much gas a transaction will require.

Users receive a gas fee estimate so they can adjust the timing of their transactions to avoid high network traffic. Doing so saves transaction costs and allows for cheaper and smoother transactions, without suffering the anxiety that comes with not knowing whether a transaction will fail or succeed.

How to use Etherscan to check the wallet balance and history?

To see how the balance in a user’s wallet has changed over time, look up the address of the wallet on Etherscan and select “Analytics.” From here, users can see the data analytics of a user’s wallet, such as the user’s ETH balance, the entire transfer history, transactions and fees paid.

Smart contracts can be read and edited without the need for special permissions by using the Etherscan app’s “Read Contract” and “Write Contract” features. These tabs provide real-time information on various tokens and smart contracts. Users may also use these features to initiate a token transfer and approve smart contract transactions.

Removing a token’s access to the user’s wallet can be achieved using Etherscan’s Token Approval Checker. When users interact with DApps to buy or swap tokens, they tap directly into a user’s wallet with their permission. Therefore, DApps are an appealing target for scammers looking to gain access to users’ Ethereum wallet addresses.

If users see suspicious activity or believe that a DApp has been compromised, they can use Etherscan to revoke its access to a specific wallet address. The user’s assets inside the wallet will not be lost, but users will need to reauthorize the tokens when they access the DApp the next time around.

To use Etherscan to review a user’s approved token list, look up the user’s wallet address on Etherscan’s Token Approval Checker. Doing so will provide users with a list of all approved smart contract interactions with that wallet. From there, users can connect their wallet to Etherscan…

Read More: What is Etherscan, and how does it work?

Interested in NFTs and the Metaverse? 2 Cryptocurrencies to Buy and Hold Right Now