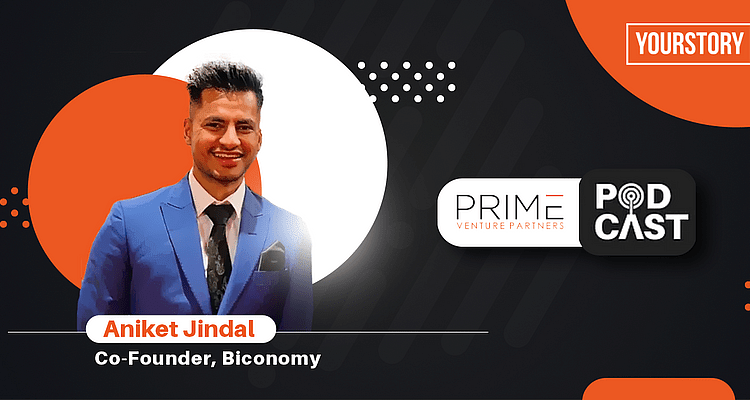 The idea to startup in the crypto space hit Aniket Jindal back in 2017 soon after India launched the demonetisation drive.

A year later, after he returned from Fudan University, China, where he was pursuing his Masters, he found the Indian market hungry for a seamless, easy to use DeFi app.

Most crypto applications were complicated back then, and Aniket wished to “remove all these complexities”. Thus, he co-founded Biconomy, targeting developers to give a Web2-like experience to end-users of a Web3 application.

With ﻿Biconomy﻿, users can easily use crypto applications without the bottlenecks like gas fees and transfer assets among chains.

Building a better experience for the end-user

Citing the example of ZED RUN to explain what Biconomy is trying to achieve as a business, Aniket says there is a lot of friction when non-crypto savvy users start using dApps. Most users have to run through a complicated set of five or six steps to get started using the application. This was a very bad experience for ZED RUN’s user base, eventually leading to customer churn.

“So the product we developed [for ZED RUN] has APIs and SDK that can be integrated into the application itself so ZED RUN can pay the gas fees [instead of their customers],” said Aniket.

Following Biconomy’s integration, ZED RUN saw a 30-40 percent increase in its user base. Thus, Aniket and his team started developing tools for Web3 developers to improve the end-user experience.

“Gas is the major one we are trying to solve”, revealed Aniket. “Moving forward, [we are also targeting] other problems, including how do you move assets from one chain to another? How do you change the RPC code?”

He observed that the current Web3 gaming and DeFi applications want to offer a slick user experience so that their customers do not have to hit the confirm button every single time. Biconomy majorly plans to work with these applications to deliver what they want.

Recently, the startup also launched its token called BICO to decentralise its infrastructure. According to Aniket, the idea is to “have different stakeholders to be a part of the infrastructure, and we can create a network of executors who can relay all these transactions and they can get some fees out of it.”

The Biconomy token acts as an incentive mechanism for multiple stakeholders and validators.

“Crypto, Web3 applications, and decentralised applications, [all] have been only targeting one of the niches — crypto savvy users,” he said, adding that it is a major friction point in the Web3 space.

With Biconomy, Aniket wishes to make these applications more mainstream so that users familiar with the Web2 applications can use the Web3 apps in similar ways.

The movement of assets from one exchange to another is also a friction point that bothers Aniket. “If you have to move your asset from Ethereum to Polygon, it’s going to take you 30 minutes. Who’s going to wait for 30 minutes?” asks Aniket.

Biconomy is also trying to solve this problem, along with looking at the privacy side of things.

Lastly, Aniket shared that wallet is still a big problem, restricting the growth of Web3. He praised MetaMask for being the most secure wallet out there but is sceptical about how many people understand it. None of the wallets is user-focused, and new kinds of wallets need to emerge.

To know more, listen to the podcast here.

01:00 – Aniket’s journey from Binance to Biconomy

21:00 – How Biconomy built its community

Read More: Biconomy’s mission to make Web3 mainstream and onboard a billion users

From cash to crypto: The Cantillon effect vs. the Nakamoto effect