Bitcoin moved with stocks, like never before, during sell-off – Somnath Banerjee 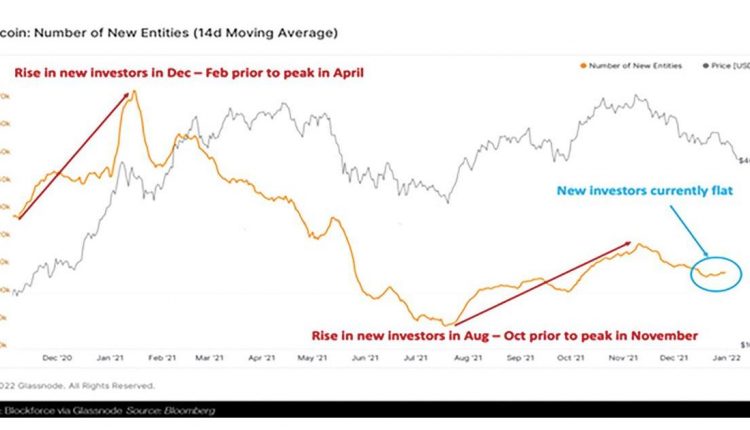 No, this is not another bull or bear view on one of the most contentious asset class in the recent times i.e. cryptos.

Enough has been said by both bulls and bears. Bears are pretty consistent in their reasoning and stuck with it which includes, ‘No intrinsic value’, ‘Not a store of value’, ‘too volatile’ etc. Some bears believe cryptos should be worthless eventually.

Bulls on the other hand have changed their narrative more frequently than Casanova changed his lovers. Some of them are ‘It will replace fiat currency’, ‘It’s a commodity’, ‘It’s a means to construct a ‘diversified portfolio’ with some hedging abilities’. And the most recent argument is based on blockchain/crypto making functionalities like Defi (Decentralised Finance) a real possibility.

Now with some major bank analysts covering some well-known cryptos, prediction ranges from hundreds of thousands of dollars to even millions of dollars for one bitcoin. It’s a debatable issue if banks are talking their own book here (market making revenues are generated by facilitating crypto trading).

I won’t delve into the bull/bear argument (even though I do have an opinion) because I think both sides have already made up their minds and another piece written either ways won’t change the view.

Bitcoin is at $36,000 and some change, as I pen this piece. And with a reasonable certainty, given the daily volatility, I wouldn’t be surprised if the price is away ‘substantially’ by the time this is published in a few days’ time.

This is not the first time that we have seen such volatility when bitcoin has dropped more than c.50 per cent within a span of say a few months. We saw similar moves in bitcoin in the middle of last year and an even bigger drop of c.80 per cent in 2017-18.

Bitcoin’s recent decline from its peak has wiped out more than $600 billion in market value, and over $1 trillion has been lost from the aggregate crypto market (Litecoin, Ethereum and Dogecoin etc.).

Various reasons have been cited for the recent sell-off. Regulators from Russia, Singapore etc. announcing interventions that could undermine cryptos, tightening US monetary policy etc. They are all valid points.

In my humble opinion though, the biggest reason is the threat to the era of abundant liquidity from the Fed as ‘Quantitative Tightening’ is on the cards i.e. a reduction in the Federal Reserve stimulus that buoyed speculative assets through the pandemic.

Roughly 290,000 traders had their positions closed over the 24 hours through Friday, January 21, with liquidations totalling more than $1.1 billion, according to data from Coinglass.

Basically, margin positions were getting liquidated, causing a wave of additional sell pressure, as assets that had been held as collateral were forcibly sold to pay for margin loans.

Chart 1 from Blockforce gives a picture of new entrants in bitcoin. Notice how the positions were unwound in the last sell-off. So much for ‘apes together strong’ to the ‘moon’ in a ‘HODL’ (Hold On (for) Dear Life). If you don’t get that last line, you are not a ‘true believer’. I just pretend to understand it.

One interesting phenomenon in the past few months is how bitcoin has behaved just like any other risky asset. It’s useful to think of cryptocurrencies as living in the same space as other speculative sectors, including special-purpose acquisition companies (SPACs) and other meme stocks.

Bitcoin moved in tandem with stocks like never before as both slumped together. The 40-day correlation coefficient for the digital token and the tech-heavy Nasdaq 100 has reached almost 0.66, the most in data compiled by Bloomberg since 2010. It means a one percentage point move in Nasdaq 100 is expected to cause a 0.66 per cent move in bitcoin.

This correlation has been an on-off thing. Only time will tell if this will hold on a longer run but in conclusion, probably any crypto investor would do worse than keeping an eye on this correlation in short run alongside looking at the positioning data.

The information presented in this commentary is solely provided for informational purposes and is not to be interpreted as investment advice, or to be used or considered as an offer or a solicitation to sell/buy or subscribe for any financial instruments, nor to constitute any advice or recommendation with respect to such financial instruments. Curmi and Partners Ltd. is a member of the Malta Stock Exchange and is licensed by the MFSA to conduct investment services business.

Somnath Banerjee is Head of Investment Management at Curmi and Partners Ltd.

Independent journalism costs money. Support Times of Malta for the price of a coffee.

Read More: Bitcoin moved with stocks, like never before, during sell-off – Somnath Banerjee