Could a New Latin American Country Be Adopting BTC in Next 6 Months? 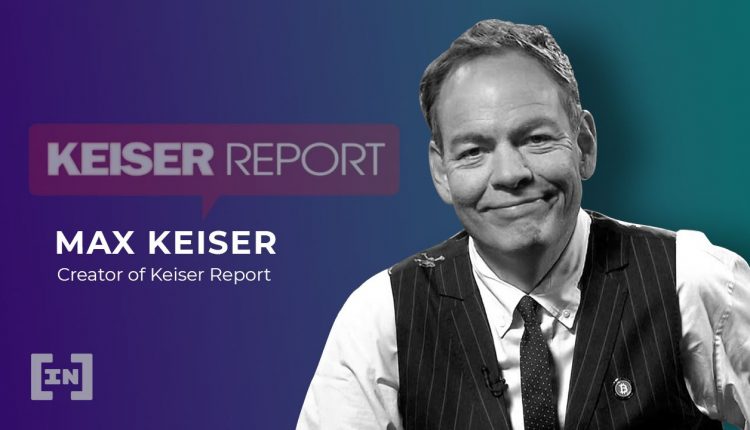 Following El Salvador’s adoption of Bitcoin as the country’s official legal tender, the question on who will follow suit is one that many are actively discussing. The question, however, of whether 2022 could be the year when that domino effect of other countries following suit is still up in the air.

Certainly, 2021 was a crucial year for Bitcoin’s history and journey, with the entire world playing witness to a sovereign country adopting BTC as their legal tender. Earlier this week, Max Keiser, host of the Keiser Report and co-host of The Orange Pill appeared on Kitco News and shared that by 2022, “knows for a fact” there will be another Latin American country adopting Bitcoin as legal tender:

According to Keiser, he claims to have evidence from internal sources who will allegedly confirm this upcoming announcement. The established filmmaker and broadcaster is also arguably a controversial influencer in the crypto space, whose roots are deep within the banking system.

Nevertheless, Keiser has positioned himself as a faithful believer in Bitcoin prior to the mainstream hype and popularity of the digital currency. He regularly appears on a wide array of networks, provoking a number of mixed reactions in combination with his fruitful technical analysis, making his voice still worth hearing.

Could we see a new Latin American country adopting BTC by early 2022?

The crypto community expected other countries, especially small ones, to follow El Salvador’s footsteps, even the famous JPMorgan bank argued at the time that there was a possibility of a so called domino effect once Bitcoin became a currency with a legal tender status in El Salvador.

However, after more than half a year there has been no other country joining the hall of fame, although some countries like Tonga have shown clear signs of emulating the Salvadoran model, Keiser envisioned that in the future there will be more surprises.

In an interview with Max Keiser, BeInCrypto recently learned that a new South American country will potentially adopt Bitcoin as its legal tender, and as early as Q2 2022.

Why do you think the expected domino effect of Bitcoin as legal tender in several countries has not yet occurred?

Keiser: They all have legislation ready to go. Expect announcements soon. A governor of Tonga estimates that by the end of 2022, they could approve Bitcoin as a legal tender currency.

Therefore, what is shocking about Keiser’s statements is not merely that in 2022 there will be new countries joining the adoption of Bitcoin as in El Salvador, but that there will be a new country in Latin America adopting Bitcoin as legal tender.

Could you specify in which quarter of the year there will be another Latin American country with Bitcoin as legal tender?

For now, guessing which country in South America will be the next to adopt Bitcoin is simply speculation, although some candidates stand out for various reasons, such as Paraguay, Panama, Venezuela, Brazil or Argentina.

As the crypto market might be expecting another country to adopt Bitcoin as legal tender in just a few months time, there could be a possibility that such country might already be acquiring BTC in the shadows, without the public’s knowledge – a possibility in which Keiser does not deny becoming a possibility.

Do you think some countries are buying Bitcoin for their treasury under the radar?

Keiser: The smart ones are.

The IMF and the forces against Bitcoin’s expansion

The adoption of Bitcoin as legal tender may be beneficial for some countries with certain characteristics, however on the other side of the spectrum there is possibly those potentially affected negatively by its expansion.

The International Monetary Fund (IMF), in addition to the U.S. dollar, central banks and commercial banks could see the cryptocurrency as a direct threat due to the inherit independence from their control. With Bitcoin, an individual can be their own bank, use a deflationary currency and above all have a digital currency beyond the control of any state or politician.

After the approval of the Bitcoin Law in El Salvador, the IMF took only a few minutes to demonstrate its position against it as its concern. They continued with several identical statements throughout the year, however last Wednesday, the IMF shifted gears urging El Salvador to drop Bitcoin as the country’s official legal tender.

When asked about the IMF’s request for El Salvador to eliminate Bitcoin as the country’s official legal tender, Keiser was not shy to speak out.

“The IMF’s days are numbered,” he said. “Thank God these financial terrorists will soon be out of business.”

Do you think the IMF has enough power to force El Salvador to eliminate BTC as legal tender?

Keiser: The IMF is being euthanized by Bitcoin; the same goes for all central banks.

Do you think the IMF or others entities are going to be able to frighten potential new countries into adopting BTC as legal tender or similar?

Keiser: Only Bitcoin is money. Everything else is centralized garbage. The IMF is the Blockbuster video of central banks. Completely irrelevant.

Bitcoin: the perfect use case for small country economies

Bitcoin represents the opportunity for financial freedom via a digital currency with a programmed supply which cannot be halted or manipulated by politicians or any individual.

In the developed world the use case for Bitcoin is the act of being able to choose an alternative to the current fiat system, in developing countries or emerging economies it may represent an alternative path to prosperity or even a necessity. Therefore, it is expected that the wave of Bitcoin adoption will come initially from small countries with a collapsed or emerging economy, as well as nations with a doomed national currency.

PlanB, a famous Bitcoin as macroeconomy analyst, thinks that many small countries that rely on IMF loans could adopt Bitcoin as legal tender and thus automatically become an emerging economy, as he detailed in an interview with Anthony Pompliano:

“Investing in their failed currencies is a somewhat futile tactic as they have almost no room for maneuver to borrow from the IMF or to get investments from private entities as they are so small. If these countries were to adopt Bitcoin as legal tender investors will see the country as an emerging economy, benefiting its citizens.”

Keiser was asked if PlanB’s statement seemed correct to him; he continued to refer to the future of the International Monetary Fund as a lost cause, replying, that “the IMF is a dead man walking. They’ll be completely gone soon.”

Currently, the IMF continues to have power and influence on the world scene. PlanB thinks it would be a direct challenge against the hegemony of the IMF, the U.S. and the U.S. dollar, adding:

“Bitcoin is the exit solution for those countries that see how the current financial system does not provide them with the necessary wings to expand under the perpetual asphyxiation which is advantageous for the United States.”

The big underlying issue with the cryptocurrency created by Satoshi Nakamoto is its high volatility, which is why Bukele received several internal protests against the use of public funds to buy Bitcoin.

For the Salvadoran president, the current uptrend it is easy to boast, but could the citizenship support a possible bear market?

“Bitcoin has never been in a bear market. It’s mathematically guaranteed to keep rising against everything over time. For traders, I say, go to Las Vegas and gamble there. You can also get laid,” Keiser answered.

The future of Bitcoin

Bitcoin has matured as an asset entering new phases, in its infancy it was used and raised by cyberpunks and anarchists until today, where institutional investment has flooded the crypto market.

The recent falls in the stock market due to the possible interest rate hike by the Federal Reserve also affected the crypto market, thus creating a parallelism between both markets.

For some this similarity between the two markets is a sign that Bitcoin is correlated with the traditional market, Keiser has a radically different opinion:

“Bitcoin has never been correlated with anything,” he says. “No asset ever in history has done what its done and will continue to do. Occasionally, the illusion of correlation fools people, but there is none. The arrival of investors from Wall Street, large companies and even the advent of pension funds in Bitcoin has changed the landscape of the crypto community. These actors see Bitcoin only as a deflationary tool in the face of the current high inflation rates, without granting the king cryptocurrency more nuances such as an educational tool or a social inclusion mechanism and others as the crypto community points out.”

The influx of new market players may cause Bitcoin’s meaning and utility to shift, creating different perceptions of what Bitcoin represents.

Keiser evangelized the digital asset and envisioned a promising future, describing Bitcoin as “an absolute scarce, digital, synthetic, commodity sent from God to save humanity from the mess it’s made with its money.”

As for Bitcoin’s continued evolution in our financial ecosystem, Keiser believes that Bitcoin has a bright future:

“Everything goes to zero against Bitcoin. [It] is a 51% attack…

Read More: Could a New Latin American Country Be Adopting BTC in Next 6 Months?