What Are NFTs? | The Motley Fool 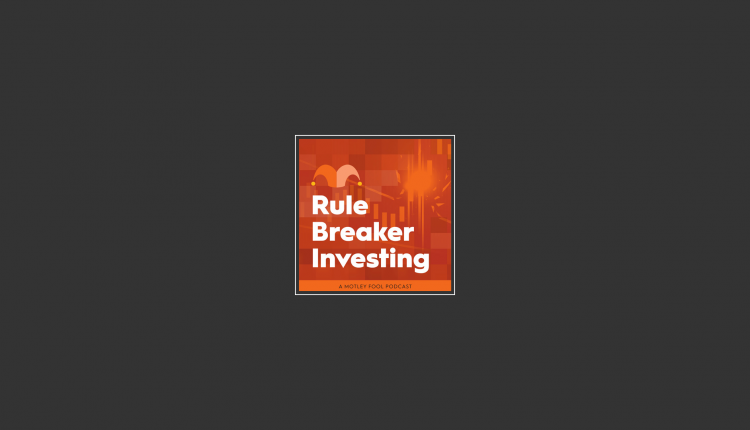 Has the world gone mad or are these actually investment opportunities? Sit back, relax, and tune in. We’ve got Motley Fool analyst Aaron Bush here to walk you through the burgeoning world of NFTs.

To catch full episodes of all The Motley Fool’s free podcasts, check out our podcast center. To get started investing, check out our quick-start guide to investing in stocks. A full transcript follows the video.

David Gardner: Own any cryptocurrencies? I don’t, but depending on which one we’re talking about, I have really missed out. Had I just bought Ethereum when this week’s guest, my long time Motley Fool Rule Breakers sidekick Aaron Bush, first mentioned Ethereum on this podcast, well, maybe you did buy some of it. If so, you’ve made well more than five times your money since that fall of 2017 appearance. Well, Aaron is back again this week this time not talking Bitcoin, but instead NFTs, Non-Fungible Tokens. Some of us know exactly what those are, but many more of us would, I think have a hard time explaining them to the proverbial stranger on a train. Though I once heard a stranger on an Amtrak train do just that. Well in my experience people into cryptos and NFTs, well, some of them anywhere are really, really into them. But for the rest of us, the intention of this week’s conversation is to inform and to acquaint. No salesmen here, not Aaron or I. Though we are here, as usual, to make you smarter on the topic because NFT crypto or no, regardless of your investment choices, you will come away this week a lot smarter about what’s happening today into the future. Only on this week’s Rule Breaker Investing.

Yes, the familiar sound, the sound of rules being broken. Welcome back to Rule Breaker Investing, a delight to have you with us this week. I say us because my longtime compatriot here at The Motley Fool, Aaron Bush, who in fact grew up with the Motley Fool from the age of 12, learning investing from one of his parents. Motley Fool services, Aaron, he’s still only in his twenties, for many years now has been a Motley Fool employee, and one of my favorites, somebody who is great at thinking about the future, living backwards from the future, helping us invest today and where maybe things are headed today. Aaron does yeoman’s work across the Motley Fool, Motley Fool Rule Breakers included. Well, we’re going to be talking about non-fungible tokens, as I said at the top. Before I welcome him in and we get started, I guess I just want to say one thing.

Not everybody is into the whole crypto thing. As an investor, I’m not invested. I’ve always been pretty plain Jane with by investing, I love investing in common stocks. I’ve never even bought or sold an option. I certainly haven’t gone the crypto route, but I respect it. I always have an open mind about where the future is headed. Sure enough, maybe one day I’ll be a big investor in some of the things we’re going to talk about this week. But for a lot of us, the phrase non-fungible token is pretty opaque and my hope is that our conversation will elucidate what non-fungible tokens are, what they aren’t, the investment possibilities here or not, where the future is headed, and more than anything, I’m pretty sure Aaron and I are going to talk about games at some points because the overlap between NFTs and the video gaming and gaming world and the metaverse can’t be mistaken and that’s of interest as well. This will be a wide-ranging conversation. My hope is it makes you smarter, happier, and richer. I can at least promise smarter this week. Without further ado, let me welcome him back. Aaron Bush, welcome back to Rule Breaker Investing.

Aaron Bush: Thanks for having me, David.

David Gardner: A delight to have you back. It feels like anytime we’re going to talk about something exploratory, anytime we’re talking about, well, not just possibilities because there is some kinetic energy, there’s definitely action already happening. But you and I were speaking before coming on the air and I was saying it’s not really possible to sound authoritative or definitive about anything we’re going to talk about this week. But for a lot of us, I think it makes sense to start with defining our terms. In fact, let me just give the brief outline of our conversation so people know where we think we’re headed and we give ourselves permission to go off the rails in a good way at any point. But I think we’re headed to four sections. Section 1, what are NFTs? Section 2, why have they become so popular last year and what kinds of projects led the way? Section 3, we’ll go to, well the future. Where else could NFTs go from here? Finally, number 4, how should Foolish investors view NFTs? That’s Foolish with a capital F of course. For those just listening to this exploratory conversation, that’s how I think it’s organized. Let’s start with number one. Aaron, right from the top. What are non-fungible tokens?

Aaron Bush: I think the best definition of an NFT actually comes from Wikipedia. They define an NFT as a unique and non-interchangeable unit of data stored on a blockchain. Of course, that definition doesn’t lend itself to being intuitively understood, but I think it covers the basis pretty well. Let’s break that down just a little bit more. First, an NFT is unique and non-interchangeable. That basically means it’s scarce and one-of-a-kind, unlike something like the dollar or Bitcoin where each unit or piece of paper is completely interchangeable. If we each have $1 bill in our pockets, we could use them the exact same way in the economy, that’s fungibility. NFT is unique, it’s non-fungible. The second part to unpack is unit of data, in short, a unit of data can be text, an image, a video, it can be a digital item playable on a game, or many other things, for sure we can dig into later.

But in short, an NFT is a unique and non-interchangeable piece of data, really, piece of code which can represent a bunch of things. Most popular right now are images and art, you’ve probably seen a lot of talk about people buying JPEGs, NFTs of JPEGs. It can’t be more than that. Again, we can dig into much more of that in the future section. Then the third and final part is stored on a blockchain. Blockchains are used when you want that data, whatever it is, to be completely and utterly decentralized, that means that whoever owns that NFT truly owns it and it is there to trade, to collateralize, and commercially use as they see fit. The other unique thing about the blockchain is that it is a type of database that enables and enforces digital scarcity in a decentralized and financialized way. It makes that unique data. Again, whatever it is tradable, the data becomes tokenized, so to speak. Hence, being a non-fungible token. We can dig into more nuances or whatever questions else around that as we get going. But I’ll just pause there to ask if what I said makes sense.

Aaron Bush: Yes, in that situation, that unique sword would be an NFT. Just to further the point and differentiate between fungible and non-fungible within World of Warcraft, gold, which is the currency, that would be the fungible token of that economy. While the unique digital items: the swords, the armor, the character. Those would be the non-fungible, unique tokens.

David Gardner: Yeah, and I remember fungibility from my econ classes in undergrad. I was not an econ major, I did go to college, assuming I would be an econ major and then I decided to go the English direction. But I do remember that fungibility basically means replaceability. As you were saying, Bitcoin is fungible in the sense that if you own a Bitcoin and I own a Bitcoin, they are identical to each other. They could be exchanged. But if I have an epic unique sword in some of these online game, I’m the only one who owns that. Another way I have thought about this is sports. Now I think about baseball cards and now I’m thinking about physical baseball cards. The world that I grew up in, one you did too, they were more popular perhaps decades ago versus today. I can’t speak to that. I know there’s always going to be a market around the Honus Wagner card of the early 1920s when even though he didn’t like tobacco, it was sold in a tobacco packet.

Today, that Honus Wagner card is worth millions of dollars. There are a distinct number of cards that are printed by tops, let’s say. We know, especially with the historical cards that it’s down to X number left. There’s an idea of scarcity and presumably generally transparent scarcity. Baseball cards up, football cards, etc. Now those things are digital increasingly, and NFTs early on came to my attention when a friend said, hey, have you seen NBA Top Shots? I said, what’s that? This is about a year ago. I clicked in and anybody can do this today. You can see that what’s happening at NBA Top Shots is like basketball cards, except that they’re digital, not physical, and they’re actually video clips, not still images, at least the ones I’m thinking of. I think…

Read More: What Are NFTs? | The Motley Fool

Bitcoin price: How much and why has the cryptocurrency gone down?

Crypto mining won’t survive another round of environmental legislation