Play-to-Earn for beginners: The revolution is upon us. 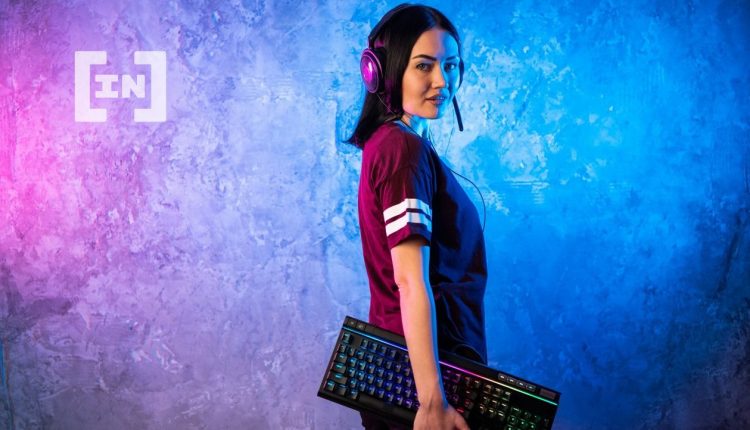 Play-to-Earn for beginners: The revolution is upon us. Here is a backgrounder for anyone who wants to catch up.

Until just a few years ago, the idea of earning any sort of tangible monetary incentives for playing video games would have been laughed at. Cut to 2022 and we now have a number of examples where players can accrue substantial financial benefits for simply participating in various in-game activities.

With the rise of cryptocurrencies, particularly the non-fungible token (NFTs) industry, many financial models have made their way into the market. Play-to-earn (P2E) is one of them. These allow users to earn substantial profits for playing their favorite games. In this guide, we will explore the concept of ‘play-to-earn’ in detail.

Play-to-Earn for beginners: So what exactly does play-to-earn mean?

As the name seems to quite clearly allude to, play-to-earn (also known as P2E) games are designed to help users ‘farm/collect’ various cryptocurrencies and NFTs. These can subsequently be sold via third-party marketplaces for handsome profits. To put it another way, by participating in play-to-earn games, users can acquire items, tokens, etc, that can eventually be sold to generate peripheral income streams.

In this regard, reports suggest that a number of gamers across the world have already started to supplement (and sometimes replace) their existing income streams by playing these games. However, as it goes without saying, such activities come with their fair share of risks. Users, more often than not, need to invest a decent amount of seed capital to become eligible for participation (by acquiring characters, items, etc).

On a more technical note, while the reward accrual mechanism of each P2E game can differ, typically most offerings utilize some version of ‘staking.’ That is, they allow users to either farm the game’s native crypto token or generate tradeable NFTs.

Older blockchain games depended largely on a ‘randomized chance system’ for players to earn incentives. But most P2E games today come with creator economics where users simply need to perform certain activities in order to generate an assured income.

Play lay-to-Earn for beginners: How does blockchain factor into all of this?

The core idea underlying P2E is not entirely new. There are a few online MMO-RPGs (massively multiplayer online role-playing games) that are driven by fiat-based economies. When it comes to cryptocurrency games, the difference lies in the fact that they make use of an underlying blockchain system to help address any issues relating to provenance, rarity, etc.

Furthermore, the use of blockchain ensures that any transaction taking place within a game is recorded on an immutable database. So much so that the network’s governance is overseen by a decentralized set of computers, with each node possessing a copy of the entire data-set in question. As a result, chances of fraud arising because of data manipulation, duplication or deletion can be completely eliminated.

Another aspect of blockchain-based P2E games is that they have set an ideal precedent for many Web3/metaverse centric crypto trends. This is thanks to decentralization being their core unique selling proposition. In this regard, Web3 signifies an all-new iteration of the world wide web ecosystem. Especially one that is built atop a blockchain foundation and makes use of a token-based economy.

The metaverse also factors into the equation. It relies on the use of a financial framework utilizing various sorts of crypto assets ranging from stablecoins to NFTs and pretty much everything else in between. The NFT economy has been booming in recent months. The yet-nascent sector witnessed more than $40 billion worth of trades within the last year alone. So it stands to reason that more and more P2E titles will continue to utilize this novel asset class moving forward.

In terms of earning an income, players can participate in Web3 games by accruing NFTs and trading them across marketplaces that support their native token standard. As pointed out previously, the NFTs can represent anything including in-game items, characters, cosmetic upgrades, etc.

Lastly, these tokens can also be locked into smart contracts and staked to earn steady APYs (annual percentage yields). All of these trends suggest that the metaverse and blockchain gaming economies will continue to remain inextricably linked with each other, at least for the foreseeable future.

Play-to-Earn for beginners: Some noteworthy projects to keep an eye on

Inspired, in part, by the Japanese Tamagotchi wave of the late 90s, Axie Infinity is an Ethereum-based gaming title that allows players to raise, collect, breed NFT-based creatures — referred to Axies. The platform offers users with a wide range of customization options (over 500 to be exact) which can be grouped into different categories, depending upon their rarity.

Not only that, there are many other Axies that have sold for anywhere between 50-150 ETH over the last couple of years.

The Sandbox is another unique Ethereum-based offering that helps marry the world of NFTs with that of decentralized autonomous organizations (DAOs).  Inside the digital ecosystem, users can devise as well as trade their in-game assets with one another with the touch of a button.

The game makes use of two separate tokens, namely SAND – which has a limited supply of 3 billion coins – and LAND – an NFT with a capped supply pool of 166,464 coins. Both can be used for processing various in-game transactions such as hosting games, building housing, creating multiplayer experiences, etc.

Similar to the above-mentioned title, Attack Wagon can be described as a blockchain-based game studio that allows users to come up with their very own, unique worlds. They come replete with storylines, novel artwork, etc.

Attack Wagon’s native P2E system affords players the opportunity to reap rewards either via the completion of in-game activities or through the trading of various assets. The project features its very own token. It has been built atop the Ethereum network, allowing owners to participate in the game’s overall development and governance.

Touted to be a holistic digital metaverse, Crystal Kingdoms, has been built atop the Binance Smart Chain. It makes use of an role playing game setup where players can create their very own ‘heroes.’

Heroes battle each other and accrue value as they level up and become more powerful. The ecosystem comes with a native token called CKG. It is essential for various governance-related operations while having a built-in burn feature (so as to ensure the long-term sustainability of the project).

Liberty Gaming Guild can be envisioned as a project that provides crypto enthusiasts with the perfect gateway to the fast-evolving metaverse ecosystem. This is while providing them with real-time blockchain education, training and support. This helps foster their P2E careers in the most seamless manner possible.

Got something to say about Play-to-Earn for beginners or anything else? Write to us or join the discussion in our Telegram channel.

Read More: Play-to-Earn for beginners: The revolution is upon us.

5 Tips To Help You Avoid A Scam Blockchain Project | Benzinga