These Countries May Be Next To Accept Bitcoin as Legal Tender 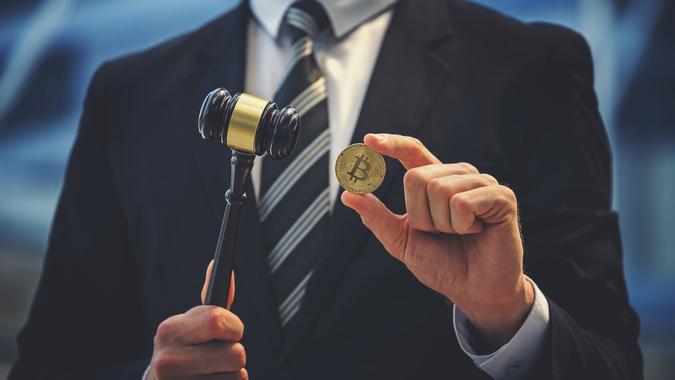 One of the main knocks against cryptocurrency has always been that it will never gain universal adoption, meaning its usefulness will always be limited. This perhaps changed forever on September 7, 2021, when El Salvador officially became the first country in the world to accept Bitcoin as legal tender.

See: 10 Major Companies That Accept Bitcoin
Find: Bitcoin and Crypto Taxes in 2022: What You Need To Know

While adoption by a small central American country isn’t enough to cement Bitcoin’s status as a real-world currency, it could be the first domino to fall. Other countries are already studying El Salvador’s historic move, and if they deem it to be viable, Bitcoin may indeed be on its way to universal acceptance. Here are four other countries to watch, as they seem to be among the most likely to follow El Salvador’s example.

Although no law has yet been passed, Panama is the country furthest along in the race to be the second country to adopt Bitcoin as legal tender.

Check Out: 10 Numbers You Need To Know About Crypto

Cuba hasn’t fully adopted cryptocurrency as legal tender, but it has made movements in that direction. Officially, the country now recognizes and regulates cryptocurrencies, meaning its citizens are free to use them. This move came about in part due to tightening regulations by the U.S. on money transfers between Cuba and the United States, including the closure of all 400-plus Western Union offices in the country.

Now, Cuban citizens can use cryptocurrency to make money transfers, and they can even get paid for their work in crypto.

Related: Bitcoin May Soon Be Accepted Like Cash in Arizona

Ukraine hasn’t quite legalized cryptocurrency as legal tender, but it’s taking steps in that direction. In Sep. 2021, the country’s parliament adopted a law legalizing and regulating cryptocurrency in a nearly unanimous vote. The country is making more concrete statements about its future position in the crypto world, as well.

According to the New York Times, just two years ago, the country created a Ministry of Digital Transformation, and its deputy minister Alexander Bornyakov says, “The big idea is to become one of the top jurisdictions in the world for crypto companies. We believe this is the new economy, this is the future and we believe this is something that is going to boost our economy.” Other reports suggest the country will operate a “dual currency state” as early as 2023, with Bitcoin and the country’s fiat currency hryvnia co-existing as legal currencies.

Learn: Breaking Down the Basics of Cryptocurrency

Shortly after El Salvador announced its bill to make Bitcoin legal tender, a member of Paraguay’s Chamber of Deputies proposed a bill to legalize and regulate cryptocurrency in the South American nation. The same politician, Carlitos Rejala, plans to make a presidential run in 2023, and part of his platform would be to make Bitcoin the country’s official currency.

Whether or not this comes to fruition is a crapshoot, but if momentum builds behind Rejala’s proposals, Paraguay could be in the fast lane for Bitcoin adoption.

Look Ahead: What Is the Next Big Cryptocurrency To Explode in 2022?

Where Does the U.S. Stand on the Issue?

Although 27% of U.S. citizens want their government to adopt Bitcoin as legal tender, according to a survey by YouGov, that’s highly unlikely to happen. For starters, the U.S. government considers the unregulated cryptocurrency market as likely to cause more harm than good. Undoubtedly, this is due in part to the fact that as an unregulated market the U.S. government has no control over, either in how it’s used or in how it may be potentially taxed.

But an additional reason may be that the Federal Reserve Board is actively considering the idea of issuing a digital currency of its own. The U.S.-issued cryptocurrency would be a digital form of cash that would be backed by the Fed itself, theoretically making its price more stable and its existence more viable. However, even if the idea gains Congressional support, it’s not likely to become a reality for many years.

After earning a B.A. in English with a Specialization in Business from UCLA, John Csiszar worked in the financial services industry as a registered representative for 18 years. Along the way, Csiszar earned both Certified Financial Planner and Registered Investment Adviser designations, in addition to being licensed as a life agent, while working for both a major Wall Street wirehouse and for his own investment advisory firm. During his time as an advisor, Csiszar managed over $100 million in client assets while providing individualized investment plans for hundreds of clients.

Read More: These Countries May Be Next To Accept Bitcoin as Legal Tender

Everything you need to know about those .eth addresses on Twitter