How Much Energy Does Bitcoin Use?


For cryptos to reach their full potential, acceptance of digital currencies as a means of exchange and store of wealth needs to go mainstream. If that was to become the case, and Bitcoin, for example, was to become the world’s base currency, then the price of BTC could be expected to be exponentially higher than it is now.

If Bitcoin doesn’t become widely accepted, then prices can be expected to crash from current levels. What use is a currency if it can’t be used to buy things?

The binary nature of the Bitcoin trade is what generates extreme price moves in the market. The rally in 2020 saw the price of Bitcoin surge by more than 300% as the idea of digital transactions reached a wider audience. That wider audience also included people willing to place the Bitcoin story under closer scrutiny, particularly regarding the energy needed to create and operate the Bitcoin blockchain framework.

Concerns have been fuelled by news headlines stating that Bitcoin energy use is as much as the whole of Argentina, Malaysia or Sweden, which means running a fact check is essential for anyone holding or thinking of buying Bitcoin.

Where Can I Find Out About Bitcoin Energy Consumption?

The report that initially brought the Bitcoin energy question to prominence in 2021 was issued by the researchers at the Cambridge Centre for Alternative Finance (CCAF). It highlighted how power-hungry the process of mining Bitcoin was. The estimated annual energy use of Bitcoin was calculated as 121.36 terawatt-hours (TWh).

The trick that turned the report into a must-read for crypto investors was the ease in which that number could be put into more relatable terms – by comparing the annual usage of entire countries. It was possible to put the incredible energy demands into context wherever you were in the world.

Proving a direct correlation between the CCAF report and market prices is hard to do, but it could be more than a coincidence that the time that the story gained momentum coincided with the froth being blown off the top of the Bitcoin market. Between March and June of 2021, the price of Bitcoin fell by 46%. 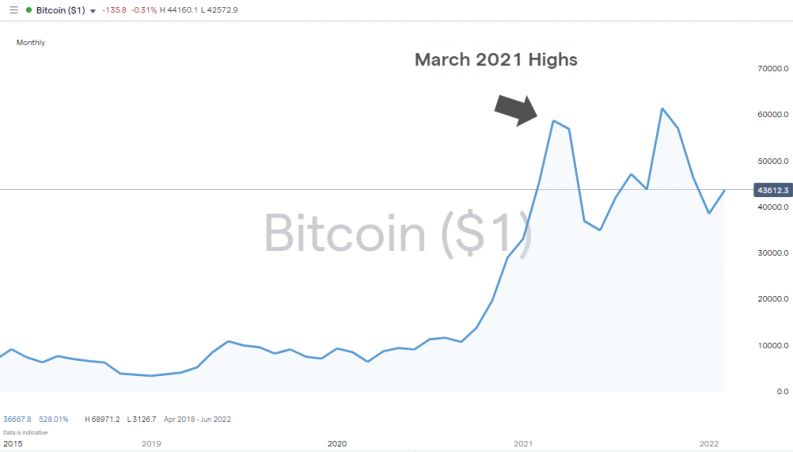 Why Does Bitcoin Require So Much Energy?

Understanding the lifecycle of a Bitcoin transaction helps break out the constituent parts of Bitcoin’s whopping electricity usage.

The process of discovering a new Bitcoin is called ‘mining’. It has developed from being one person operations managed by tech enthusiasts into an entire industry. Professional outfits running banks of specialist computers hook up to the Bitcoin blockchain network and process data relating to who owns what in the system.

Bitcoin mining can involve solving puzzles using proof-of-work algorithms. Whilst these might not be integral to verifying movements of the currency, they provide a hurdle to ensure nobody fraudulently edits the global record of all Bitcoin transactions.

Intense interest in the issue led to the creation of online tools such as the Bitcoin energy consumption index. That index provided up to date reports on mining energy use and showed Bitcoin’s energy usage has increased since the CCAF report was released.

The mining of Bitcoin is a significant drain on the world’s resources, but the story doesn’t end there. Ongoing transactions recorded by buyers and sellers also have their power demands. Digiconomist estimates that a single Bitcoin transaction requires 2199 kWh of electricity, equating to 1,044 KgCO2 or watching YouTube for 174,123 hours. 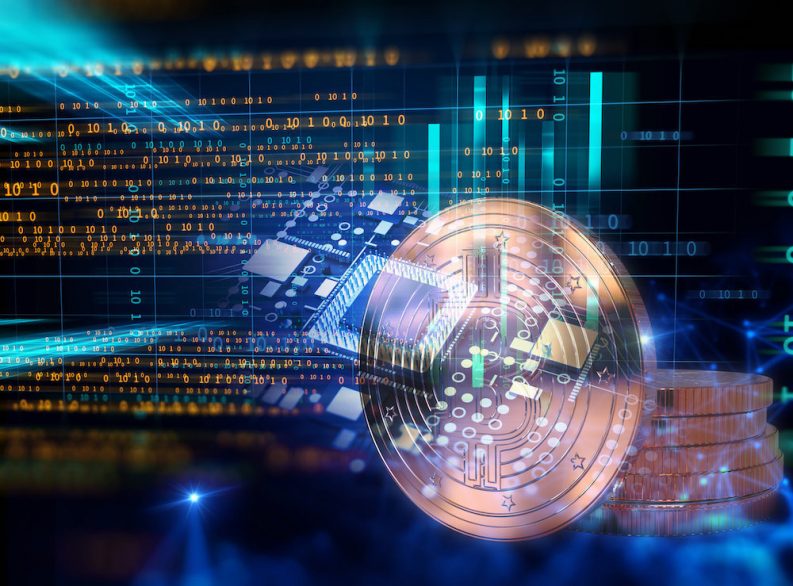 The numbers relating to Bitcoin energy consumption are pretty stark, but other aspects of the process are equally concerning from an ecological point of view. Miners use specialist chips called ASICs, which are designed solely to run mining algorithms. Cracking the puzzle is a hard-run race, and only the newest chips are powerful enough to compete, so miners constantly replace their ASICs with newer, more powerful ones.

Industry experts Alex de Vries and Christian Stoll calculate that ASICs have an average lifespan of 1.29 years which means Bitcoin’s annual e-waste generation adds up to 30.7 metric kilotons as of May 2021.

This number is comparable to the amount of small IT and telecoms waste produced by the Netherlands. Breaking the numbers down even further, each Bitcoin transaction is estimated by the same report to generate waste equivalent to the weight of 2.08 iPhone 12s or 0.70 iPads.

Total energy use is only part of the problem with Bitcoin’s energy consumption levels. Circling back to Bitcoin miners operating on thin margins in a highly competitive industry helps explain where they are located in the world. With German electricity prices being almost x10 those of China, the amount of mining activity in China for a long time outpaced that of Germany.

Until China authorities clamped down on cryptos in 2021, coal-abundant Xinjiang and Inner Mongolia were popular spots for Chinese bitcoin miners. Not only were they using a lot of energy, but the electricity was being generated by one of the biggest CO2 polluters in the global energy network.

Other countries in the top-10 of Bitcoin mining countries include Kazakhstan (18.1%) and Russia (11.2%), none of which top the charts in green energy production.

How Does the Price of Bitcoin Impact the Amount of Energy it Consumes?

Miners of Bitcoin occasionally receive pieces of the currency in exchange for their work. The allocation has been likened to a lottery, but if the market price of Bitcoin goes up, there is additional incentive to load up on the energy-hungry machines which locate new coins. Or, to put it another way, current Bitcoin energy consumption levels, whilst being alarming, could skyrocket if the price of the coins increases.

The energy use relating to transactions could be exponential if payment in Bitcoin becomes more widely accepted. On the other hand, traditional payment methods are far less of a drain on the energy network.

Projections of Future Energy Use by Bitcoin

There is the possibility of the energy-heavy proof-of-work protocols being upgraded. They aren’t the only algorithm that can establish consensus in the blockchain, and proof-of-stake has been in development over recent years. This approach involves coin owners rather than miners creating blocks, and it is estimated that a switch to that system could reduce Bitcoin energy consumption by 99.95%.

Norwegian firm Kryptovault expects its mining operations to account for approximately 1% of Bitcoin’s global energy use in 2022, using only renewable energy. These alternative approaches may help Bitcoin move away from the tricky situation it has found itself in, but if there were any quick fixes, then they would have been put in place by now.

Ecological concerns are playing a greater part in investment decisions across the financial markets, and it could be that the incredible amounts of energy required to operate Bitcoin block its rise to being the currency of the future. There would be some irony if the coin tipped to democratise the monetary system came unstuck due to eco-based concerns of the average person. Reluctance from everyday Joe’s and Jill’s to accept Bitcoin energy consumption could be what blocks its progress in a way that the financial establishment and the world’s governments have so far failed to achieve.

Read More: How Much Energy Does Bitcoin Use?

CryptoPunks NFT project has set another record for itself, this time worth $24 million