Haechi (HAC) Is Now Available for Trading on LBank… 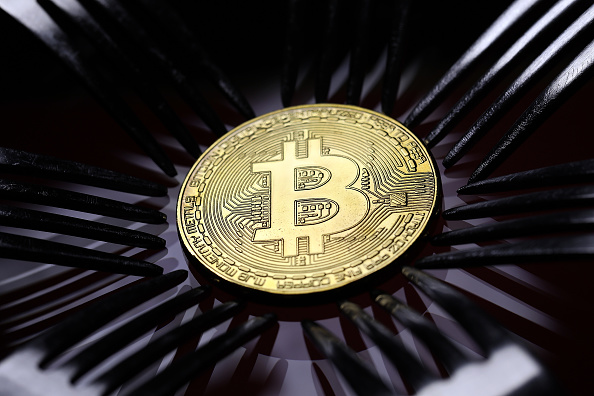 (Photo : Photo by Dan Kitwood/Getty Images)
A visual representation of the digital Cryptocurrency, Bitcoin on December 07, 2017 in London, England. Cryptocurrencies including Bitcoin, Ethereum, and Lightcoin have seen unprecedented growth in 2017, despite remaining extremely volatile. While digital currencies across the board have divided opinion between financial institutions.

Right now, Singapore has already lost around $140 million (SGD 190.0 million). This is five times more compared to the crypto revenue loss of the Asian country back in 2019, which is only around $27 million (SGD 36 million).

This rising cryptocurrency can hurt your digital currency wallet if you fall into one of its victims.

Now, here’s why it is called the Pig-Butchering crypto scheme.

According to Business Standard‘s latest report, the Pig-Butchering crypto scam is quite tricky. 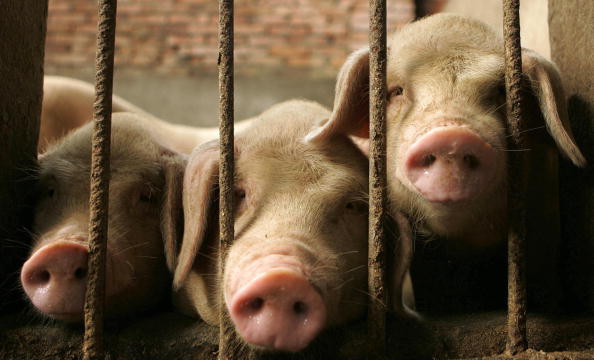 (Photo : Photo credit should read PETER PARKS/AFP via Getty Images)
Pigs in their pen at a farm on the outskirts of Chengdu in China’s south west Sichuan province 02 August 2005. China has ordered local governments across the country to tighten supervision of pork markets and pig farms to prevent a deadly pig disease identified as streptococcus suis bacteria which has so far killed 38 people in the province from spreading further, state media said.

Hackers behind this malicious campaign against cryptocurrency consumers based the scam technique’s name on the Chinese term “sha zhu pan.”

This term means “to fatten a pig before killing it.” On the other hand, security experts’ explanation matches the Chinese term.

They said that the Pig-Butchering crypto scammers would spend months creating a strong relationship with their Singaporean targets. After that, they will urge them to send their digital currencies in fake investment schemes.

The Pig-Butchering crypto scam first appeared in China back in 2016. After that, the method was then used by other blockchain attackers in other countries, including Singapore.

Singaporean victims said that their cryptocurrencies ended up in the banks of China, as well as those in Hong Kong. If this is true, then that means the majority of the scammers are based in China.

Since the Pig-Butchering scam is becoming more serious than ever, it is important to know how you can protect yourself.

PC Mag provided some tips that you can rely on to avoid getting scammed by malicious actors targeting digital currencies.

For more news updates about cryptocurrencies and other related topics, always keep your tabs open here at TechTimes.

Charitable Offer by Melania Trump Is Rejected, a Move She Calls ‘Politics’

Terra at the Crossroads: Major Validators Support Fork but Community Is Resistant