The development space of ETC is hotly debated – Digital Journal 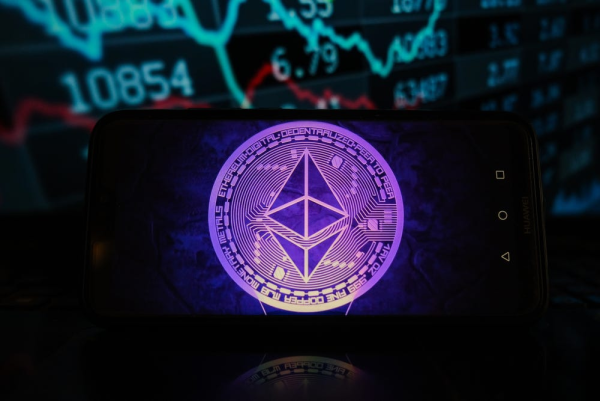 Ethereum Classic (ETC), the sibling fork of the world’s second-largest cryptocurrency, Ethereum, is a cryptocurrency that seems to be forgotten. This week, when its price rise surpassed that of the top two top cryptocurrencies, it attracted the attention of many people, and the status and development space of ETC has once again become the focus of discussion among cryptocurrency enthusiasts.

Ethereum and Ethereum Classic have deep roots. Although technically they are two very similar chains, forming a competitive relationship, in fact, the development paths of the two are completely different. Since ETH and ETC are the same origin of the two chains, their underlying technologies and protocols are highly similar, but the long-term visions are quite different. More precisely, Ethereum Classic has nothing to do with launch, but about the Internet of Things.

The Ethereum Classic development team has always adhered to the values defined by the blockchain and the original intention of Ethereum, a decentralized platform that runs programming applications without any chance of fraud, censorship or third-party interference.

In terms of resource scarcity, the current total currency of ETH is about 100 million, and there is no upper limit on the total currency. ETC has long announced a new monetary policy, which is what many people call a reduction in production. The total amount of ETC will remain at 210 million, and will not exceed 230 million at most.

From a technical point of view, there are certain differences between ETC and ETH. ETC always adheres to the principle that blockchain records cannot be changed. This is the most essential difference between ETC and ETH. Due to the early days of ETC adhering to the realization of the irreversible blockchain of real transactions, and insisting on the decentralization and immutability of the blockchain, it has won the support of some loyal users. It can be said that the significance of the existence of ETC is to retain the rules and characteristics of Ethereum before the fork, adhere to the decentralization and immutability of the blockchain, and realize the irreversibility of real transactions.

From an investment point of view, ETC does not seem to be comparable to the rest of the crypto world in terms of market capitalization. However, in terms of investment value, with the implementation of some important applications such as side chains and the Internet of Things, Ethereum Classic deserves to be the focus of everyone’s attention in the future or in the near future. Because Ethereum Classic isn’t trying to compete with its bulky brethren to become a financing platform for financial businesses and tokenize the entire crypto world, instead, they’re trying to perfect smart contracts for the Internet of Things.

For example, cryptocurrency enables all internet-connected devices to trade value based on smart contracts. There is a lot of potential in this area, and for the advancement of society, this is definitely a goal worth pursuing. In the future, we might be able to ask Siri to tip waitresses, or set up our refrigerators to automatically order our favorite vegetables when they run out.

Ethereum has been planning to change its consensus algorithm to proof-of-stake for some time now, and now that change appears to be closer. However, the large number of miners who are now securing the Ethereum network will need to migrate to other chains to survive, and the market may be looking to bet this move on the future of Ethereum Classic. That is to say, mining, the cheapest and fastest way to benefit, will continue to continue on Ethereum Classic.

The Ethereum space including the machines used in ETH/ETC mining runs with high hash rate, which also means more power consumption. With many small-scale miners forced to withdraw from the market due to expensive energy costs, the block reward will be less and less with the limited supply of ETC. Therefore, miners also need to consider the costs involved before embarking on their mining journey. Looking at the current mining rig market, JASMINER X4 High-throughput 1U server not only supports the ETHASH algorithm, but also supports the ETCHASH algorithm. The key is that its computing power can be as high as 520MH/s±10%, while the power consumption is only 240W±10%, and the overall electricity cost is only 3%. It minimizes the mining cost of miners and can be a good choice for Ethereum miners.